Why do we resist social change?

Denial of our social realities stands in the way of progress and we need to stop justifying the status quo. Instead, we need to participate and critique it, and once we do, change will follow. 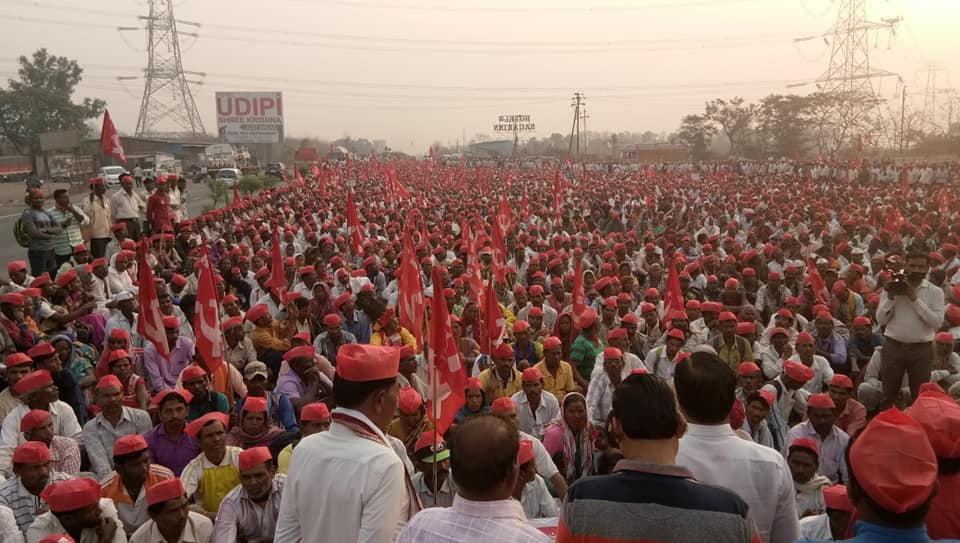 On March 6th, farmers led a 200-kilometre march over 6 days to persuade the government into meeting their long-deferred promises. Credit: Twitter/ @Sujesh_Knr

Last month, Bangladesh Prime Minister Sheikh Hasina announced the complete abolishment of quotas for government jobs in light of student protests calling for reform in the reservation system. Bangladesh previously reserved 56% of government jobs for women and other minorities.

India has also had a long and controversial history of social inequality. Governments have attempted to redress systemic inequality through affirmative action to benefit disadvantaged subgroups of tribal citizens, castes and religious minorities and women. A dominant reception towards such attempts is that they are ineffective, unnecessary and worse – ‘reverse discrimination’ against the socio-economically privileged. However, the reality is far from that.

One of the main reasons for resistance against policies of affirmative action is that such policies are viewed as providing preferential treatment to certain social groups regardless of ability. However, it is important to understand that the objective of affirmative action has never been equal treatment, and it in fact, doesn’t violate any notion of fairness as perceived by society. The policy merely attempts to undo the undesirable effects of centuries of systemic oppression and inequality by increasing representation of protected groups into mainstream social structures. Thus, affirmative action is intentionally structured around compensatory positive discrimination, that is it just levels the playing field.

For instance, although women are not a minority in India, they are vastly underrepresented in male-dominated science, technology, engineering, and mathematics fields. Affirmative action policies benefiting women’s recruitment are meant to bridge this gap in workplace representation and prevent the leaking of female talent from the talent pipeline. It is important to maintain proportional representation in workplaces as this is key to preventing sexism and influence cultural changes that dismantle the old boys’ clubs prevalent in many professions. Diversity at all intersections is ultimately great for the bottom-line, providing a business rationale for such policies.

What does “deservingness” really mean?

It is important to understand the psychological deterrents which influence our belief of “fairness” and “deservingness”. According to the just world hypothesis, those who believe in a just world believe that everything happens for a reason, so they rationalize outcomes by making causal attributions to possibly unrelated factors that help them bridge the gap in meaning in their minds. Most religious teachings have already ingrained in our brains ideas of karma, or that the moral valence of our deeds today influences future fortune. All this influences sense of moral reasoning and notion of deservingness of positive and negative outcomes.

It is imperative to understand the deep-rooted nature of such beliefs as they hed light on inherent biases and fallacies we might have in making causal attributions about merit or deservingness, particularly regarding specific social groups, as well as our propensity to initiate, partake in, or sympathize with social change movements.

An appeal to fairness in maintaining the status quo is problematic as people’s experience of the status quo varies greatly and is often rooted in their sociopolitical and economic backgrounds, some of which are subject to historical subjugation and consequent inequality. While it intuitively makes sense that people who benefit from the status-quo are motivated to defend it and resist social-change, those who are disadvantaged by the status quo also tend to support the system.

For instance, women who identify highly with the female gender are more likely to legitimize the occurrence of wife-abuse (physical and sexual) by husbands, as compared with women who identified less with their gender. This form of self-hate is referred to as internalised misogyny by psychologists. Another example of the same is a minor but notable segment of the Men’s Rights Movement (MRA)  were women who trivialize gendered violence against wives by their in-laws insist that men are the true victims of rape and India’s anti-dowry laws. A female MRA activist said in an interview with Buzzfeed, “In today’s world, no boy asks for dowry.” She added, “the girls want a lavish marriage and they want to show off by giving gifts to the husband’s family.”

A question that arises is: what motivates members of a disadvantaged group of a decidedly patriarchal social structure to deny rape statistics and ingratiate themselves to the oppressor? According to system justification theory, this is an attempt to undermine the psychological threat of being part of a flawed system. People justify the current system when they perceive a heightened dependence on it. The possibility of acknowledging that the system is not operating in their interests provides an anxiety-driven motive to justify the status quo.

However, people’s movements provide seemingly contrary evidence to findings of system justification research. On March 6th, farmers led a 200-kilometre march over 6 days to persuade the government into meeting their long-deferred promises of forest land, better rates for crops, loan waivers etc. On April 2nd, Dalits across the nation protested against the Supreme Court’s ruling to dilute the Scheduled Caste and Tribe Act which rolled back constitutional protections for Dalits against atrocities committed against them. Since February, students at TISS have been protesting the increment in hostel and mess fees, and the termination of fee waivers for SC and ST students. More recently, men and women across the country are protesting against government complacency in addressing the Unnao, Kathua, and Surat child-rape cases.

Admittedly, more research is needed to contextualize these findings to Indian specificities but if these studies do illuminate people’s motivation behind maintaining the status quo it speaks volumes for the need to mobilize the most complacent demographic – the urban voter.

Central to the idea of mobilizing individuals to partake in what eventually becomes a people’s movements – is discomfort. Denial of our social realities stands in the way of progress and we need to stop justifying the status quo. Instead, we need to participate and critique it, and once we do, change will follow.

Saloni Diwakar is a visiting faculty member of Psychology at Fergusson College.