The Vagina Monologues changed my life. Here’s how

Being a part of The Vagina Monologues has been unlike any other acting experience in my life. 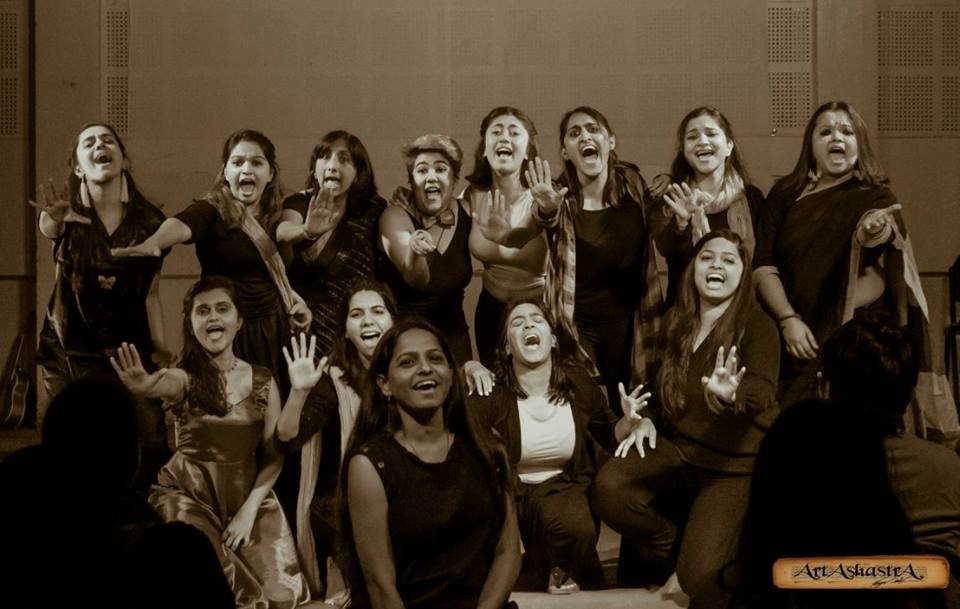 2007: I read about the Vagina Monologues for the first time in 2007. I was still a teenager living in UAE, and reading about a play populated entirely by women was surprising and intriguing. It was the dawn of a new millennium and I was living in a country where the two sole telecom providers had blocked the Wikipedia pages related to topics on sexual intercourse and genitalia.

2010: I was in a terrible place, unsure of what to do with my life. Taking stock of every event and trauma, I realised I was different. I was not straight or cis, I am pansexual, I am gender-fluid and nobody can make me feel otherwise.

2012: The winter of 2012 shook the country and Indians across the world, as the details of the gang rape of Nirbhaya  emerged. As a 20-year-old non-binary femme with a vagina, I no longer felt safe. For too long, people had been using the excuse of clothing, time of day, and socialising with the opposite sex as a reason to rape. It was unacceptable and I was no longer confused about my direction in life. I decided to devote my efforts and work to exploring gender rights.

2014: I started reading more feminist literature. I took up an elective called ‘Covering Gender’ and wrote papers on the trans community and how queer characters are developed in Indian mainstream and parallel cinema.

2015: I went to watch a staging of the Vagina Monologues in Chennai. I had been involved in theatre productions for a couple of years but watching the show moved me in ways I couldn’t have imagined. It made me realise that my decision to explore gender rights in India was not unfounded. I resolved that someday, I would act in a production of The Vagina Monologues.

2017: A Bangalore-based theatre company put out a post for female and non-binary (assigned female at birth) actors to audition for The Vagina Monologues. Needless to say, I jumped at the opportunity. After weeks of auditions, callbacks and workshops, I was cast in the Vagina Monologues.

What is the Vagina Monologues?

The Vagina Monologues was written in 1996 by feminist playwright Eve Ensler, after a series of interviews were conducted with women of different ethnicities, sexualities, religions, ages and professions. Their responses were composited, edited and fictionalised for the stage. Finally, in 1998 the play had its first benefit production on Valentine’s Day at the Hammerstein Ballroom in Manhattan. The cast boasted acting stalwarts like Glenn Close and Whoopi Goldberg and this event led to the foundation of what is today called the V-Day movement.

The V-Day movement is in its 20th year and held annually without fail every February across the globe. When performed during the V-Day month, every performance of the play is done for charity and the proceeds donated to an organisation dedicated to women’s rights and eradicating gender-based violence. The play has been translated into 48 languages and performed in over 140 countries. This year, the cast at The Broad Stage in Santa Monica, California includes Jane Fonda, Wanda Sykes, and Frances Fisher.

An experience, not just a role

Being a part of the Vagina Monologues has been unlike any other acting experience in my life. In the last six years, I have played a mistress, a travelling mime, a housewife, an heiress, a town girl, and even the embodiment of controversy.

My role in the Vagina Monologues was that of a woman who has had a life-changing experience and is telling the audience about it. It seemed simple enough until rehearsals started. This woman, or Gertie as I call her, has layers to her personality that even I wasn’t aware of.

In my head, Gertie is significantly older than me. Unlike me, she is an introvert, identifies as female and prefers solitude. Slightly unlike me, she has a penchant for art. The only thing she and I have in common is that we are both feminist writers who like to retain our body hair. I had to build and become Gertie from scratch and it wasn’t easy. The more she was unlike me, the harder she was to portray. I wrote my version of her story and how she ended up experiencing what she describes. I watched videos of what I imagined she saw and spoke to women who had experienced what she had seen. All of this, coupled with gruelling self-motivation and numerous mistakes along the way, finally made me become Gertie in a way only I could.

Why India needs the Vagina Monologues

In the current political and social scenario India’s gender rights movement is in dire need of a wake-up call as cases of rape, sexual harassment in the workplace, and gender-based violence are mounting by the hour.

Men dominate nearly every performance-based industry and actors, both male and female, have made less than complimentary comments about feminism and why its existence is paramount in India. While films like Lipstick Under My Burkha signify a changing society, all the positive redirection is ruined by the release of a film like Padmaavat, where social evils dating back to the British Raj are glorified.

The Vagina Monologues is the play our culture needs and deserves. It is the sole piece of literature and media in a wasteland of misogyny, patriarchy, and ignoramuses who collectively chant the words, “she was asking for it”.

Lavanya Narayan is a writer, journalist, actor, pet parent, and a bunch of other things that violate the rule of three in writing.