We have hopelessly protested as scandals worth crores have unraveled, yet we choose to come back and elect the same set of politicians every few years. 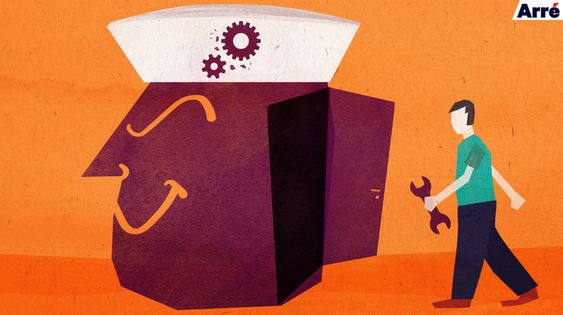 Main ek din bada neta banuga na, dekh lena phir,” warned a 12-year-old in my neighbourhood in his retort to a gang of fellow troublemakers during a fight. “Tu chor hai waise bhi,” giggled his friends, as they teased him for being a bully. It got me thinking about how the general perception of a neta as corrupt, immoral, and bigoted is so familiar that even children associate dishonesty as an essential trait to become one.

A politician, as usually depicted in our movies, is someone who abuses power for his vested interest, either for money or to spread communal hatred. The hapless citizen invariably becomes a victim of the system –  like the photographers Vinod and Sudhir in Jaane Bhi Do Yaaro – fighting for his basic rights. And to be fair, this perception of politicians has some basis in reality. Thirty six per cent of our parliamentarians have criminal charges against them and this includes not just corruption but also murders and rape. Many are ill-qualified to gauge the technicalities of the portfolio assigned to them: Smriti Irani was offered the HRD ministry in 2014, making her responsible for the country’s education. We all know how that went.

“Smog is not Bhopal gas tragedy, don’t spread panic,” Environment Minister Harsh Vardhan commented about Delhi’s toxic smog last year. Rahul Gandhi’s gibberish speeches have given us numerous facepalms. We have hopelessly protested as scandals worth crores have unravelled, yet we choose to come back and elect the same set of politicians every few years. How do we let so many criminals get elected to such powerful positions in the first place?

Author and political analyst Milan Vaishnav in his book When Crime Pays: Money and Muscle In Indian Politics looks at some of the possible reasons. He claims candidates with a criminal charge are likely to use caste-based politics to sweep the votes, like we have seen with the Lingayat vote in Karnataka. There’s also the fact that our bureaucratic institutions are inefficient and we bribe our way past this inefficiency. If you look around and see a garbage dump that hasn’t been cleared for days or a manhole is left uncovered, you will care little. And if it’s too much of a bother, you will call up whoever can pull off a jugaad at the BMC office. And this is where the problem lies. We have come to expect so little of our leaders, that at the time of elections we end up choosing “the lesser of the two evils” with justifications like, “What if they are casteist, at least they build roads?” or “What if they are corrupt, they at least do not spread communal hatred?” When we employ this “at least” argument, what we essentially do is turn a blind eye to the fact that there just aren’t enough quality professionals entering politics or the bureaucracy, and we are complacent about it.

Which is surprising because you see we, the woke and the liberal, are socially aware and have an opinion on everything – be it sexual harassment or the government’s bigotry. We are out on the streets protesting against the unlawful chopping of our forests or increasing crimes against women. All of this is great, necessary and effective at making our leaders more accountable no doubt, but it is also surprising that politics and bureaucracy do not feature as a career choice for most of us.

We are out on the streets protesting against the unlawful chopping of our forests or increasing crimes against women.

The BJP government recently has opened the doors of bureaucracy to “outstanding individuals” from the private sector and multinationals who are keen to work toward nation-building. There are 10 vacancies in the revenue, financial services, economic affairs, commerce and civil aviation departments. But how many of us keyboard activists ranting about GST and the rising fuel prices while sitting comfortably on our office bean bags will apply?

Jobs that are so important to us as a nation and which directly affect our lives, such as becoming a parliamentarian, are instead left to become the post-retirement options for actors and cricketers. At a time when we are experimenting with our careers more now than before, and there is no dearth of social entrepreneurs, why does our politically and socially conscious generation turn away from politics as a career option?

The reasons and excuses are aplenty: There are no reliable ways of making a foray into politics to the lack of commitment to public causes, but the key one being politics is not seen as a career option that our parents or the society approves of. It is something “the other kind” of people who have no education, ambition, or who belong to powerful families do. A dangerous and dirty puddle that no one will willingly want to jump into, because as pilot Ajay Singh Rathore of Rang De Basanti once commented, “Ghar ki safai mein haath ganda kaun kare.” Our college campuses where student politicians are born, often get raided to intimidate those who like to question and challenge the establishment. And if they don’t get intimidated and back down, they lose the fire in their belly when the time to “settle down” comes calling. Politics becomes a “college thing” that you once dabbled in, like the hero of Sudhir Mishra’s haunting Hazaaron Khwaishein Aisi.

How many of us are ready to stake our lives, jobs, and careers for the sake of a political ideology we believe in? Finding an existing political party that you  believe in, is the first big stumbling block you claim to face and yet in the peak phase of AAP, at a time when professionals were aligning with the political, and young blood was being infused into stodgy politics, how many of us ventured forth? The Aam Aadmi Party started out with promise, offering a brand of politics the middle class could get behind – fresh, idealistic, and focussed on issues of public importance, like corruption or electricity. But years later, it seems, even this promise was not enough to get the younger generation involved.

Kavya J is a writer at Arré.