Who will be the next UK Prime Minister? It’s Sunak Vs Truss 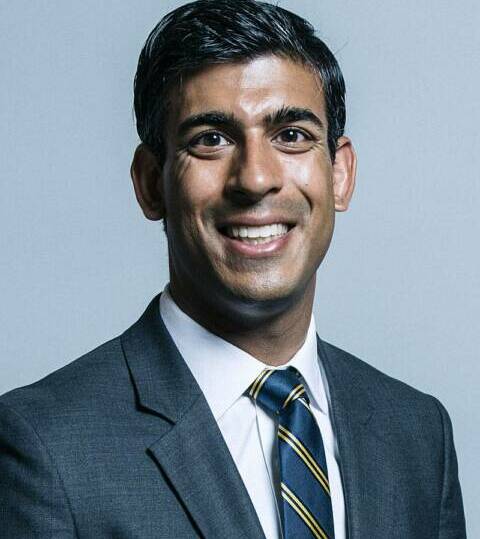 Conservative MPs in the UK parliament have selected former chancellor Rishi Sunak and foreign secretary Liz Truss as the final two candidates in the competition to become the next leader of their party. The winner of their head-to-head battle will also replace Boris Johnson as prime minister, following his resignation in early July.

Sunak and Truss will now spend the coming weeks campaigning to win votes among the Conservative party membership, a selectorate of between 100,000 and 140,000 people. The winner will be announced on September 5.

The two represent largely similar traditions within the Conservative party. There isn’t a large ideology gap between the two, although they do have different approaches to certain key policies. Perhaps the most important of these is on taxation – a key theme in this contest.

Elected to parliament for the safe seat of Richmond, North Yorkshire in 2015, Sunak’s rise to the top has been meteoric. Within three years of his election he had been given a junior role in government and within 18 months, a senior job as chief secretary at the Treasury. Just over six months later, Johnson gave him the top job by naming him chancellor in the wake of his predecessor Sajid Javid’s sudden resignation.

Were he to win, Sunak would be the first UK prime minister to be of Indian origin. But while he would a trailblazer in this respect, in others he is a very traditional Conservative politician. Educated at Winchester College, Oxford and Stanford, Sunak clearly ticks all the traditional boxes for a Conservative leader while obviously also being a very talented and intelligent individual. A safe bet to win this contest, surely?

Certainly there have been moments when Sunak has seemed like a shoe-in to be the next Tory leader. During the pandemic, he was the man who delivered an unprecedented package of grants and loans to save businesses and help those unable to work. The spending brought him popularity among the general public on a level rarely enjoyed by chancellors.

More recent times have brought problems for Sunak, however. Some are personal and raise questions about how the general public will respond to him in a general election. The news that the chancellor’s own wife was claiming “no-dom” tax status caused outrage when it was revealed in April 2022.

This and the couple’s immense wealth are often pointed to as problems for a politician attempting to reach an electorate in the midst of a cost-of-living crisis. Sunak did not help himself by revealing that everyone in his family gets a different kind of bread of their preference in the grocery shop when asked about the rising cost of essential items.

Other issues are political and make the next phase of the leadership contest a daunting one for Sunak. He cannot run away from his legacy as a chancellor who raised taxes, and he has insisted that there will be not tax cuts in the near future. This policy is thought to be deeply unpopular with the Conservative party members who will choose the winner from the final two.

Sunak argues that he is the only candidate telling the public the uncomfortable truth, but that’s a hard sell for anyone hoping to become a popular prime minister, whether it’s true or not. Sunak is being forced to own his economic policy and it could be argued that he has no choice but to continue on the path he put the UK on just before COVID hit.

Truss has had a longer political journey than Sunak, something he highlighted in their last televised debate when he reminded viewers that she had been both a member of a rival party before becoming a Conservative and a proponent of remaining in the European Union before joining Johnson’s “get Brexit done” government.

Truss was educated at a school in the suburbs of Leeds in northern England, where she has indicated she saw children being “let down” by the education system – something that others at the school at the same time have disputed. It does not appear that she was let down by her education as she left school and studied at Oxford, where she became a Liberal Democrat activist. After graduating Truss began working for Shell, and it was around the same time that she switched her allegiances to the Conservative party.

Truss served as a Tory councillor and stood unsuccessfully for parliament at the 2005 general election. She finally became MP for South West Norfolk in 2010 and spent a few years on the backbenches before being appointed parliamentary under-secretary for childcare and education. Just under two years later she became secretary of state for the environment, food and rural affairs. After several different government jobs she was appointed foreign secretary in September 2021.

Truss argues that people like her because she “gets things done” – but what those things are is harder to pinpoint. She is liked by Brexiteers despite having been a remainer in the 2016 referendum campaign but her attempts to undo the terms of the deal governing the Northern Irish border after Brexit have drawn heavy criticism from other camps. While supporters say she is boosting trade, detractors argue that she is pushing ahead with a reform which will break international law and destabilise peace in Northern Ireland.

Where Sunak is sticking to the higher tax rates for now, Truss has promised tax cuts. This will be popular among party members but has been dismissed as “fairytale econonomics” by Sunak. Members may not push her on how these tax cuts are to be paid for but it’s a question she will need to answer if she makes it to Downing Street.

Despite the turmoil of recent months, Conservative MPs have chosen two of the most senior members of the Johnson government as their finalists. Both will have to justify their backing of Johnson.

Truss will have to answer for the fact that she continues to serve in his cabinet to this day. Sunak can point to the fact that he eventually resigned from Johnson’s team but he does also have to live with the fact that, like Johnson, he paid a police fine for breaking lockdown rules.

The most recent survey of party members suggests Truss may be more popular than Sunak. But Conservative party leadership contests can change decisively and quickly, so predicting a winner is tricky.

The real question for members now isn’t who would be the better leader but who could win against Labour? With less than two years until the next general election, and an economy potentially limping towards recession, the successful candidate has very little time to make a positive impact on the electorate. The two candidates have fought hard to make it this far but whoever wins may soon wonder why they ever wanted the job at all.