Avoiding potentially divisive language and encouraging tolerance are critical steps to creating an inclusive work environment, but they carry a downside. Being politically correct can deplete employees and lead them to act both angrily towards and withdraw from their spouse that evening at home. Joel Koopman, Klodiana Lanaj, and colleagues write that the depletion that employees feel after being politically correct is problematic and should be of concern to managers. 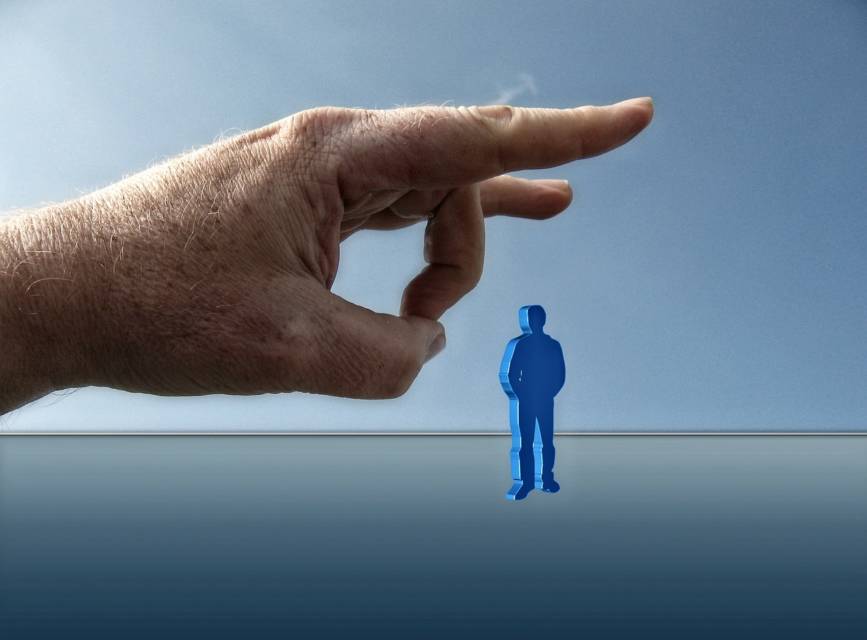 Recent years have been characterised by an interesting dichotomy in how we relate to others at work. On the one hand, many of us are aware of the need to be inclusive and understanding of others’ perspectives, ideologies, and worldviews—something that is particularly important as the workforce becomes increasingly diverse. This awareness may motivate us to be sensitive to the needs of our co-workers.

One way in which employees may do this is by self-censoring speech and other forms of conduct (i.e., suppressing or modifying words or actions) out of a concern that those words or acts could be unintentionally hurtful or insensitive. These attempts to closely monitor our speech and behaviours likely come from a good place. We want our colleagues to feel safe and comfortable around us. Yet, when employees decide to self-monitor and self-censor speech and conduct at work—what we call “workplace political correctness”—they are engaging in an act of self-control (i.e., suppressing certain words or behaviours, identifying alternative methods of self-expression, and aligning one’s behaviour with social expectations).

Psychology research suggests that this internal process of self-monitoring and self-editing of thought and speech tends to take a toll on people’s mental energy. As a result, political correctness may be a “double-edged sword,” in that by benefitting others it exacts a cost for the employee (and as we will show, potentially for the employee’s loved ones at home as well).

To illustrate what workplace political correctness may look like, imagine that Jim and Jennifer are both up for a promotion. Jennifer gets the promotion (becoming the first female manager in the division) and Jim decides to congratulate her. Initially, Jim was thinking of saying, “Congratulations, Jennifer, your promotion is well deserved. We need more women in management around here.” However, on second thought, Jim worried that this expression may make Jennifer feel uncomfortable, because it could imply that Jim thought Jennifer’s gender was a deciding factor in her promotion. For this reason, Jim decided to instead say, “Congratulations, Jennifer, your promotion is well deserved.” As this example illustrates, Jim cared about how Jennifer might feel—he wanted her to feel good about her accomplishment—and that is why he modified his message.

So while all Jennifer saw and heard was his congratulatory statement, the internal process that Jim went through was likely quite complicated as he spent time and effort going back and forth in his mind about the appropriateness of his initial congratulatory message. Is it OK to mention Jennifer’s gender? He really did feel that they needed more women in management, but would that imply something unintended? In the end, Jim chose to self-censor his speech by thinking through the potential implications of what he was going to say. To this end, he behaved in a politically correct way by suppressing his initial thought and modifying his message to Jennifer accordingly.

Our research suggests that Jim likely felt depleted from this interaction with Jennifer because he engaged in a cognitively effortful process to change his initially intended message that referenced her gender. Jim’s intention came from a good place, and his politically correct act is critical to fostering and maintaining an inclusive work environment. But what has not yet been acknowledged in the management literature is that doing so is not free for employees. Rather, there may be a cost that employees such as Jim incur when behaving in a politically correct manner at work. Herein lies the paradox of political correctness at work, which we recently studied in a series of 5 studies forthcoming in the Journal of Applied Psychology.

We examined political correctness both as it naturally occurs at work, as well as in experimental settings to replicate our findings. Results confirmed our expectations—we found that political correctness is indeed motivated by a level of care for and concern about others. That is, when people are particularly sensitive to the importance of establishing a safe work environment, avoiding potentially divisive language, and encouraging both tolerance and understanding, they are also more likely to be politically correct when interacting with co-workers. At the same time, however, employees were also more depleted as a result of engaging in these politically correct acts at work.

The depletion that employees feel after being politically correct is problematic and should be of concern to managers. This is because depletion at work has been shown to have a number of problematic consequences for employees (including consequences that members of the author team have previously written about for LSE Business Review including uncivil behavior, reduced productivity, and lower levels of job satisfaction). What is particularly concerning is that depletion may also carry over to how employees interact with their spouses at home. Indeed, we found that employees who were depleted from being politically correct at work were then more likely to both act angrily toward, as well as withdraw from, their spouse that evening at home. These findings align with other research noting that prosocial behaviours—those where the actor puts the interests of others above the self—may backfire. Thus, this creates quite the conundrum—that by being sensitive to one’s co-workers at work, politically correct employees may then be less sensitive to their loved ones at home.

We must emphasise that we are not advocating for employees to stop being politically correct at work. Indeed, these behaviours are critical to creating an inclusive work environment—something that is increasingly important as the workplace continues to diversify in both observable (e.g., demographics) and unobservable (e.g., ideologies or one’s gender identity) ways. But our findings do show that there may be unanticipated costs to promoting such a work environment. Thus, the focus of managers should be on finding ways to mitigate the depleting effects of political correctness.

While there is no research on overcoming the effects of depleting political acts specifically, there is a considerable amount of work on how to reduce the depleting effects of acts that require self-control in general. For example, some research has shown that focusing on the prosocial impact of one’s behaviours can reduce the depleting effects of those behaviours. Thus, managers could encourage employees to focus on the positive effects that their politically correct words and actions have on others. Revisiting our example, while being politically correct might have initially been depleting for Jim, taking note of how meaningful his congratulatory message was to Jennifer could potentially counteract the depletion he felt and even energise him. As other ways to mitigate depletion, politically correct employees can also be encouraged to take lunch breaks outside of work, engage in physical activity, or simply spend time immersed in nature, as these activities tend to be restorative.

To conclude, while we encourage acts of political correctness in the workplace, we also want to raise awareness about their potential costs. We advise employees and managers to build more inclusive work environments, but to do so in ways that protect the energy and resources of all their employees. We hope that our work offers some insights on how to do so.