What is CBI’s case against Indira Jaisingh and Anand Grover

While the CBI says Jaisingh and Grover have violated FCRA and misused foreign funds, the raids have been slammed as politically motivated 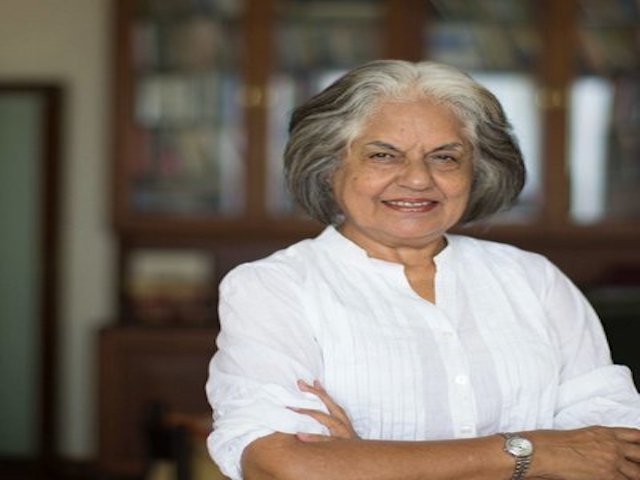 On Thursday, July 11, the Central Bureau of Investigation (CBI) raided the home and office of lawyers Indira Jaisingh and Anand Grover and their NGO, Lawyers Collective. The CBI conducted the raids as part of its investigation into the couple suspected of violating the Foreign Contribution Regulation Act (FCRA), which regulates the acceptance and use of foreign funds to ensure that the money is not used against the interests of the Indian government.

Around 5 am, the CBI raided Jaisingh and Grover’s Delhi residence and offices after the Home Ministry filed an FIR against Grover and the Lawyers Collective.

The NDA government alleges that the pair and their NGO have violated the stipulations of the FCRA and misused foreign funds for political gain.

However, others, including some MPs, have condemned the raids, alleging that the CBI raids against the lawyer couple are politically motivated and intend to quash dissent.

Jaisingh is a well-known Supreme Court lawyer who served as the additional solicitor general when Manmohan Singh was prime minister in 2009. She is the first woman to have held this position.

Jaisingh is married to Grover and the pair run Lawyers Collective, an NGO that advocates for human rights in India, including LGBTQ rights, gender equality, and healthcare issues like cancer and HIV/Aids advocacy.

India Today reports that Jaisingh is one of the Modi government’s most vocal and prominent critics; after the NDA won a second mandate, the Home Ministry decided to pursue the charges against her, Grover, and their NGO.

In 2016, the Home Ministry cancelled the Lawyers Collective’s licence under the FCRA, claiming the NGO was misusing the money for “political purposes” and for “air travel, boarding, and lodging, and local travel” for Grover and other employees.

Grover allegedly used the money for travel related to his position as United Nations Special Rapporteur for Health. The Home Ministry argues that these expenditures were illegal because they were used for “draft legislations, dharnas, and advocacy with MPs” in 2009, 2011, and 2014.

Jaisingh has also been accused of receiving foreign money amounting to Rs 96 lakh on behalf of her NGO while she was additional solicitor general.

Also read: What does the OHCHR report on Kashmir say? Here’s why India thinks it is biased

Grover has been officially charged under the FCRA, but Jaisingh has not been named yet.

Speaking out against the raids, Jaisingh said, “Mr Grover and I are being targeted for the human rights work we have done over the years.”

Around 20 to 25 MPs have penned a letter to Modi, condemning the raids.

“We, the undersigned individuals strongly condemn the raids… This, latest in a long line of coercion and intimidation of Ms Jaisingh and Mr Grover, is nothing short of a brute show of intimidation as well as gross abuse of power,” they said.

The International Commission of Jurists (ICJ) condemned the raids, as well, and said the government is trying to intimidate and harass the senior lawyers.

Also read: All you need to know about the AMU sedition case

Even Delhi Chief Minister took to Twitter to defend Jaisingh and Grover.

“I strongly condemn CBI raids on well known senior advocates @IJaising and Mr Anand Grover. Let the law take its own course but subjecting veterans who have all through their lives fought for upholding the rule of law & Constitutional values is clear vendetta.”

The Lawyers Collective had denied all the allegations of misuse and receiving funds after its FCRA licence was cancelled in 2016.