What does ‘Westplaining’ do to the Russia-Ukraine narrative?

Western foreign policy figures are treating Russia’s invasion of Ukraine like a game of Risk. So what gets lost? 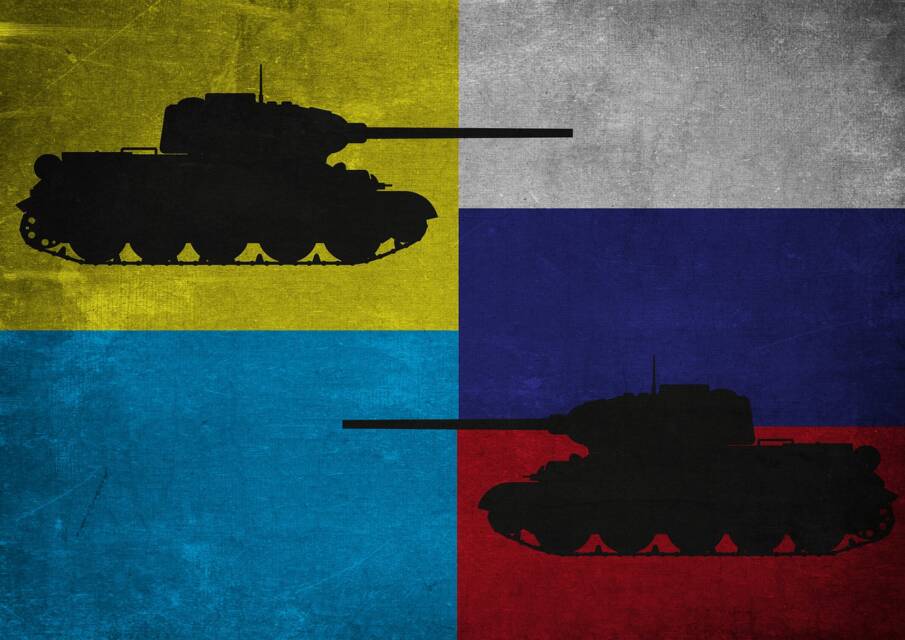 Academics from eastern and central Europe have adopted the term “Westsplaining” to describe a persistent, frustrating feature of Western commentary on Ukraine and other former communist countries in Europe.

“In the Westsplaining framework, the concerns of Russia are recognised but those of Eastern Europe are not. […] Eastern Europe is something that can be explained but isn’t worth engaging with …”

Since the 1960s, academic disciplines as diverse as education, sociology, and history have undergone a necessary and overdue pivot to emphasise the contextual nature of knowledge, and the reality that our perceptions of the world are limited by our own social and cultural contexts.

The renowned Brazilian social scientist Paulo Freire called for a recognition of marginalised people as “subjects, and not objects” with agency to shape their own narratives. However, this reckoning lags behind in commentary on Ukraine and other post-communist countries.

One tendency that reflects a Westsplaining mindset is the “realist” school of international relations, best exemplified by political scientist John Mearsheimer’s hugely influential 2014 article, “Why the Ukraine Crisis Is the West’s Fault: The Liberal Delusions That Provoked Putin”, published in Foreign Affairs magazine.

Mearsheimer’s article has been cited approvingly, from hawkish realists to Russia’s embassy in Australia to anti-capitalist publications such as Jacobin, and even Noam Chomsky.

Mearsheimer’s article was not peer-reviewed, he has no special expertise on Ukraine or Russia, and his piece has some elementary errors. He repeatedly blames NATO enlargement in Eastern Europe for Russian aggression towards Ukraine without properly acknowledging that the 2014 Ukrainian Revolution was galvanised not by NATO, but by a desire for closer economic integration with the European Union.

He conflates NATO, a military alliance, with the EU, an economic bloc. His article condemns US soft power “democracy promotion” efforts for destabilising Ukraine, but is silent about the extensive soft power and espionage networks Russia has maintained in Ukraine.

Mearsheimer continues to be highly sought-after for comment on the Russian invasion, and continues to affirm his (in my view) erroneous “offensive realist” view of the conflict.

This fixation on geopolitics and great power games obscures the lived realities of Ukraine’s 43 million people.

The language of war

This extends into the sphere of language. In Western commentary, expressions used about the war in Ukraine are often large-scale and abstract – recurring metaphors reduce Ukraine to “a pawn” on a “geopolitical chess board”, while Cold War-era cliches about the folly of “poking the Russian bear” abound.

Accusations of Westsplaining have also been levelled at elements of the non-interventionist left. Ukrainian historian Taras Bilbous recently penned an “Open Letter to the Western Left from Kyiv” condemning, in his words, “the anti-imperialism of idiots”, who insist that American aggression or NATO expansion are the root causes of Russia’s invasion.

Russia’s invasion has exposed fault lines between Western leftists and those from east-central Europe. Poland’s most electorally significant left-wing party, Lewica Razem (Left Together) announced on 1 March that it was leaving the international left-wing blocs Progressive International and the Democracy in Europe Movement for their failures to issue statements that “unequivocally condemn[ed]” the Russian invasion.

Indeed, Progressive International’s subsequent statement on the war called for the immediate “dismantl[ing] all military-industrial alliances like NATO that endanger peace across the world”, but not for any specific action by Russia.

The Democratic Socialists of America (DSA), which counts a handful of prominent Congress people – including Alexandria Ocasio-Cortez and Cori Bush – as members, drew scorn for its 26 February statement on the Russian invasion calling for all US military to Ukraine to be suspended, instead urging “non-militarist” solutions to the invasion.

In countries that have been part of the democratic, capitalist bloc for generations, it can be natural to see NATO, established after World War II as a military alliance against the Soviet Union, as innately belligerent and imperialist.

However, in Ukraine, which has repeatedly faced Russian military aggression since independence in 1991, this comes across as a patronising abstraction.

Countries in east and central Europe are not passive agents in their politics, but rather have repeatedly elected pro-NATO governments.

“We were not coerced or lured into NATO as part of an American global power grab. We were pounding on the door.”

Russia’s invasion of Ukraine in 2014 was galvanised not by prospective NATO membership, but by the prospect of Ukraine’s closer economic integration with the EU.

Ukraine’s elections (unlike Russia’s) are highly competitive, and Ukrainians have repeatedly returned pro-European parties at the ballot box.

Ukraine 2019 parliamentary elections for the 450-member national legislature, the Verkhovna Rada, returned a huge majority for president Volodymyr Zelensky’s pro-European Servant of the People party (and despite the widespread Russian canard, far-right parties failed to win a single seat).

While Ukrainians were indeed deeply divided on accession to NATO and the EU just a decade ago, recent polls show that a large majority of Ukrainians now support Ukraine’s accession to both organisations, even before the Russian invasion of 24 February.

Shifting the focus away from Westsplaining

The Westsplaining paradigm minimises the agency of Ukraine’s 43 million people, who are bearing the brunt of Russia’s brutal invasion.

As Ukrainian experts have urged, we should seek to amplify the opinions of Ukrainians when we discuss the war.

Westsplaining also trivialises the tens of thousands of Russians who have been arrested or detained for protesting against the war, including feminist groups, student activists, and thousands of academics, all of whom have done so at considerable personal risk. https://www.youtube.com/embed/rWgV0gtUIv0?rel=0&enablejsapi=1&origin=https%3A%2F%2Flens.monash.edu

Of course, I realise my own perspective as someone who speaks Russian but not Ukrainian, and as someone who has close friends in Ukraine but no familial ties to the country, has its own limitations.

Ultimately, we should seek to amplify the voices of Ukrainians and recognise the limits and cultural contingencies inherent in our own systems of knowledge when interpreting Russia’s war of aggression in Ukraine.

This past week has seen the uncovering of staggeringly brutal mass murders of Ukrainian civilians by the Russian military, and the prognoses of those who insist on Westsplaining the conflict look more misguided and irresponsible by the day.