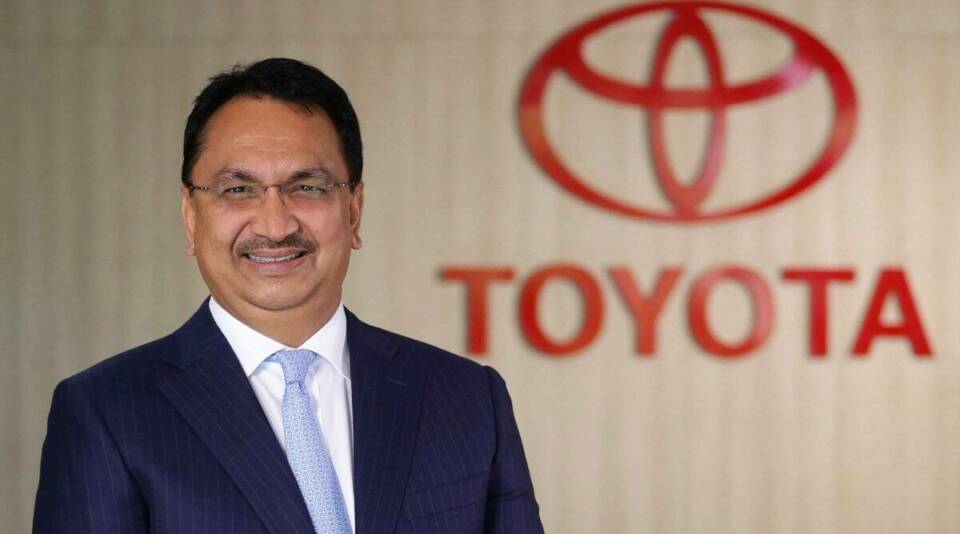 We are extremely saddened to inform the untimely demise of Mr. Vikram S. Kirloskar, Vice Chairman, Toyota Kirloskar Motor on 29th November 2022. At this time of grief, we request everyone to pray that his soul rests in peace. [1/2]

Mr.Kriloskar layed an instrumetnal role in opening up India’s automotive market, by bringing global auto giant Toyota to India. Toyota-Kirloskar’s Bengaluru manufacturing plant is considered to be among the largest automotive plants in the country.

A mechanical engineering graduate from the prestigious Massachusetts Institute of Technology (MIT), Mr Kirloskar was the fourth-generation member of the Kirloskar Group founded in 1888.

He is survived by his wife Gitanjali Kirloskar and daughter Manasi Kirloskar.

Karnataka Chief Minister Basavaraj Bommai hailed Vikram as one of the stalwarts of the country’s automotive industry.

‘Heartfelt condolences on the sad & untimely demise of one of the stalwarts of India’s automotive industry, Vice Chairperson of Toyota Kirloskar Motor, Shri Vikram Kirloskar. May his soul rest in peace. May God grant the family & friends the strength to bear this loss. Om Shanti,’ he tweeted.

Devastated with Vikram’s shocking demise. He was such a dear friend who I will hugely miss. I share the pain and unconsolable grief of Gitanjali Manasi n the family. May he rest in eternal peace. Om Shanthi 🙏 pic.twitter.com/PwT8kywtdM