Understanding the e-way bill – Are we ready? 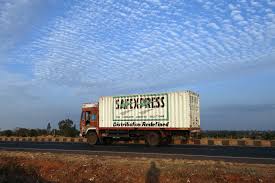 The GST and e-way bills have simplified the process, but the sector needs to get organized before their implementation can be called a success. Credits: PxHere

The Indian logistics sector is one of the key driving forces behind the nation’s economy. It has come a long way over the past decade, from being placed 54th in the World Logistics Performance Index in 2014, to climbing up to the 35th position. This has led to several initiatives opening up to enable its growth in the future.

Despite its bright prospects, a number of factors have posed hurdles to the overall efficiency of the sector. These issues include infrastructure, manpower, technology, as well as the increased cost of inputs. As a result, the movement of goods from one place to another is directly impacted, in turn impacting the overall economy.

The implementation of the GST bill has been a game-changer

Over the past year, the implementation of the Goods and Services Tax (GST) and the subsequent e-way bill, have proven to be game changers for both the logistics sector as well as the economy as a whole. Earlier, complex tax payments and paperwork led to a lot of lag, resulting in slower movement of goods from one point to another.

The GST has helped reduce the time that a single truck would spend at a check post. This, along with the e-way bill, has brought down the transit time of cargo vehicles by more than 20 per cent, where earlier, according to the Ministry of Road Transport and Highways, a truck spent more than 20% of its transit time at check-posts.

The e-way bill, an electronic way bill, is generated for the movement of goods worth Rs 50,000 or more. The bill is raised prior to the goods being transported, and includes details including those about the goods, the transporter, consignor and consignee. This single bill, which was required from the start to the end of the goods’ movement, has further strengthened the drive of organizations to be a part of the organized logistics sector.

The e-way bill has gotten the ball rolling

The announcement of the e-way bill has led to various stakeholders of the logistics sector reacting with a lot of apprehension. The e-way bill has compelled the unorganized players to become ‘organized’. With the bill now being the ‘new normal’, a large percentage of MSMEs, including key players in the transport sector, have not welcomed the e-way bill positively. The cash-heavy economy had allowed for several players to gain a high margin and higher profitability as they found it easy to evade taxes.

With the e-way bill in picture, it has put pressure on these players to reinvent themselves to being organized players – though it has led to requiring higher working capital and lower profitability.

However, while players have realised the need to become a part of the organized logistics sector, a number of these MSMEs have just started to take the first few steps towards it. The result of which has led to smaller players withering away and the organized players benefitting the most. This has been captured in data which shows that the period of adjustment into the e-way bill system would take longer. This will further lead to the growth of the sector due to an increase in the number of organized players.

It is established that the move to the organized sector can only occur if they get access to working capital. Working capital provisioning presents the largest challenge, but simultaneously presents the largest opportunity for innovative Financial Services organization to build a portfolio of what is estimated to be over $30 Billion in the Road Transportation sector alone.

In the coming months, many systemic changes need to happen in convergence so that the true goals of the e-way bill can be realized.