On Friday, February 8, 2019, an independent UN-led international investigation into the death of Jamal Khashoggi revealed that Saudi Arabian officials planned the killing. 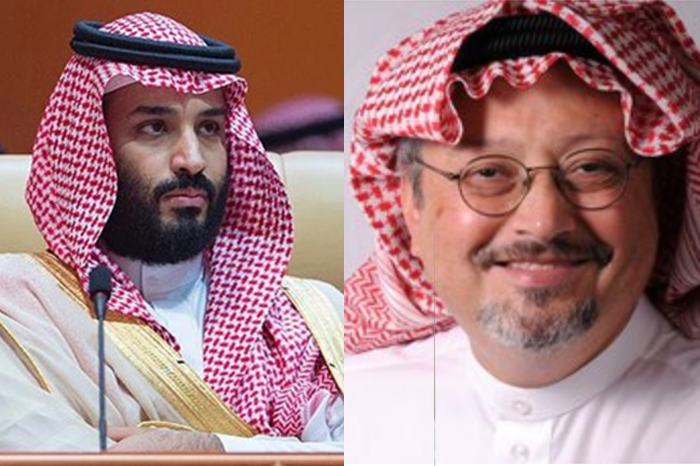 On Friday, February 8, 2019, an independent UN-led international investigation into the death of Jamal Khashoggi revealed that Saudi Arabian officials planned the killing.

UN Special Rapporteur Agnes Callamard lead a three-member team that said, “Mr Khashoggi was the victim of a brutal and premeditated killing, planned and perpetrated by officials of the State of Saudi Arabia.”

“Woefully inadequate time and access was granted to Turkish investigators to conduct a professional and effective crime-scene examination and search required by international standards for investigation,” she added.

Callamard clarified that Khashoggi’s murder violated international law and that diplomatic immunity was never intended to extend to such crimes.

Who is Jamal Khashoggi?

59-year-old Khashoggi was a Saudi journalist who reported stories on terrorism and politics for Saudi news outlets. He was “close to the Saudi royal family and also served as an adviser to the government.” However, he migrated to the U.S. and became a permanent resident there following self-imposed exile from Saudi Arabia after he “fell out of favour” there. He had lived in Virginia since 2008.

He was a columnist for the Washington Post where he not only criticised the Saudi prince’s actions but also communicated his fears of arrest as a result of dissent against the Saudi state.

Why did he go back to Saudi Arabia?

In October 2018, he visited at the Saudi consulate in Istanbul, Turkey, to file divorce papers that would allow him to marry his Turkish fiancée, Hatice Cengiz. However, after he entered the embassy, he did not return.

A week after his disappearance and urging President Trump to take action, Cengiz wrote in the Post, “Jamal did not think the Saudis could force him to stay at the consulate in Turkey, even if they wanted to arrest him.” After waiting for hours, Cengiz became fearful for Khashoggi’s safety and called Yasin Aktay, an adviser to the Turkish President Recep Tayyip Erdogan, for help.

President Erdogan said Khashoggi was murdered by Saudi officials who had arrived at the embassy before Khashoggi to remove security cameras. Later, Erdogan added that as soon as Khashoggi arrived on October 2, he was strangled and his body was dismembered. Turkish media also began reporting that it has access to audio and video recordings of the alleged planned killing, which officials shared with Saudi Arabia and the U.S.

Saudi’s side of the story

Saudi Arabia initially denied knowledge of Khashoggi’s whereabouts and said that he had left the consulate. However, on October 20, a Saudi television network reported that he had been murdered in a “rogue operation”.

Following this, on November 15, Saudi public prosecutor said that Khashoggi “was given a lethal injection after a struggle and his body was dismembered inside the consulate after his death” as per a BBC report.

As part of Saudi Arabia’s own investigation into the matter, Deputy Intelligence Chief Ahmad al-Assiri and Saud al-Qahtani were fired and the prosecutor charged 11 people—who are yet to be publicly identified but are believed to be Saudi intelligence officers and officials. The country has resisted Turkey’s demands for extradition of the charged suspects.

Callamard also has “major concerns” about the reliability of the proceedings against these 11 people.

U.S. President Trump has called the murder “one of the worst in the history of cover-ups”. He added that the move should never have been conceived and that “whoever thought of that idea is in big trouble and should be”.

Despite Saudi denial of Prince Mohammed bin Salman’s involvement in the murder, Al Jazeera reports that U.S. intelligence agencies found the Prince at the head of the entire murder operation. Trump promised a punishment for the deed, but stopped short of cutting ties off with the Saudis.

Callamard commented on the global persecution of journalists who disagree with the state. She even said that “the killing of Mr. Khashoggi was part of a well-evidenced pattern of killings, globally, of journalists, other human rights defenders, activists and opponents of various regimes.”

Her words ring true for India, as well. Although the country guarantees its citizens the freedom of speech, journalists have complained of intimidation, threats, and social media abuse if they speak out against Modi and the BJP.

The World Press Freedom Index ranks India 138 out of 180 countries because “journalists are increasingly the targets of online smear campaigns by the most radical nationalists, who vilify them and even threaten physical reprisals.”

In 2017, journalist Gauri Lankesh who was critical of Indian conservatism was shot outside her home. In 2018, six other journalists were killed: Chandan Tiwari, Achyutananda Sahu, Shujaat Bukhari, Vijay Singh, Navin Nischal, and Sandeep Sharma. Between 2014 and 2017, 12 journalists were killed in Indian for reasons connected to their line of work.

Columnist for Times of India Sagarika Ghose said, “The minute I write something, I get droves of hate mail… I have had death threats and gang rape threats on social media and also through letters sent to my home. They know where I live.” Women journalists in India also get regularly bullied online by being called “presstitute”.

Al Jazeera reports that Callamard plans to take her recommendations to the UN’s human rights council (HRC), but  the matter cannot escalate further without the cooperation of the countries involved. The council could either ignore her findings or use it as evidence to move the Security Council for a tribunal or inquiry. The human rights council can even refer the case to the International Criminal Court (ICC).