Uddhav Thackeray Resigns, Fadnavis ready to be next Maharashtra CM, What now? 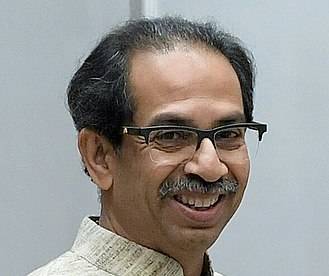 Maharashtra Chief Minister Uddhav Thackeray resigned on Wednesday, minutes after the Supreme Court ruled that a floor test would be mandatory for his government to prove a majority.

Rebel Shiv Sena leader Eknath Shinde Thursday left for Mumbai from Goa, after the resignation announcement. Sources say that Shinde will be meeting Leader of Opposition Devendra Fadnavis as well as the Maharashtra Governor. Meanwhile, the rebel MLAs have stayed put in Goa, where they arrived on Wednesday and spoke to the media

The spokesperson for the rebel faction, MLA Deepak Kesarkar held a press conference, where he repeatedly emphasized that ideology, not plum postings and cabinet portfolios, led them to break off from the MVA.

‘All speculations of portfolios are baseless. No decision has been taken on dividing portfolios,’ Mr. Kesurkar said.

As Mr. Thackeray stepped down as CM, Bharatiya Janata Party (BJP) leaders met at a Mumbai five-star hotel to discuss the next steps.

In all likelihood, initial reports suggest, the BJP will stake a claim for the formation of the new government under the leadership of Fadnavis, backed by the Eknath Shinde faction.

Mr. Shinde stated that they had not held a discussion with BJP yet about posts in the new government, but are likely to do so soon.

‘Till then, don’t believe any rumours,’ he added.

Meanwhile, Shiv Sena MP Sanjay Raut on Thursday asserted, ‘We will work and come to power on our own once again.’

‘Shiv Sena is not born for power, power is born for Shiv Sena. This has always been Balasaheb Thackeray’s mantra,’ he added.