Impelled by the desire to eradicate poverty and promote a more equitable society, UBI and socialism have their similarities and differences. 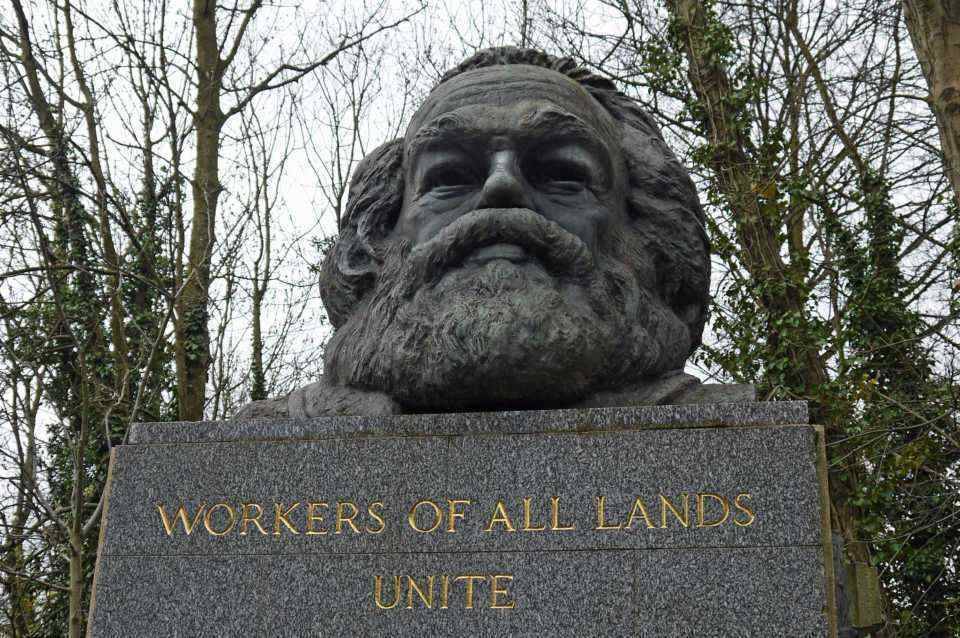 Conflating UBI and socialism would be a fallacy. Credit: Dun.can/Flickr. CC BY 2.0

Despite having experimental evidence that points overwhelmingly in favour of further research into UBI, many dissidents of the scheme are still wary of giving “free money” to the masses. Their argument is that by doing so, we would encourage a culture where people would not be incentivised to work as their basic needs would be taken care of by the social safety net provided by the government. Some have even argued that UBI is a socialist dream, which will only serve to reduce productivity instead of increasing it.

In this article, we will answer the following questions:

Why is UBI called a socialist scheme?

In the 1800s, during the surge of the Industrial Revolution, many of the erstwhile agrarian communities and the working classes felt the brunt of capitalism. They were exploited and marginalised for profits’ sake that benefited only a few. Subjected to lower wages, inhumane working conditions, and an overall commodification of human labour, workers’ plight continued to worsen As a result, socialism grew as a socio-economic system that sought to counter blunt the effect of capitalism on the marginalised.

Socialism advocated collective ownership of all the means of production and proportional distribution of income. Often, the ruling government is chosen to facilitate these interactions and exchanges. The returns to the masses can be in the form of housing, healthcare and education. This is intended to guarantee a level playing field without any class distinction based on asset ownership. For example, ideologically, socialism would strongly be against the education system in a capitalist country where the best education is tacitly reserved for the privileged few who can afford it.

It is with this context in mind that a scheme such as UBI, where the citizens of a country are given unconditional reparations, is often called a “socialist utopia”

But is UBI a socialist scheme?

Despite its ideological proximity to socialism, it would be a fallacy to conflate UBI with socialist tenets.

Unlike socialism, UBI does not endorse a reform of privately owned companies. A basic tenet of socialism is to restructure the ownership of privately owned corporations such that the proletariat (or the working class) have a bigger stake in them. This includes distributing profits amongst workers, instead of letting them concentrate in the hands of a few. UBI does not speak to or about any such restructuring. It tries to tackle the issue of worker welfare by having each worker get a guaranteed income regardless of the performance of the individual or the corporation they are working for.

Unlike socialism, UBI does not claim that the impending automation should belong to the masses. Socialism argues that no asset should belong to a particular individual. This can include land, machinery, houses, and now, by extension, the Artificial Intelligence that will potentially power automation of jobs. A few proponents of a more socialist UBI also espouse this idea.

The UBI amount is a supplement rather than a replacement. In our previous article, we had discussed a few implementation solutions proposed by experts. A monthly UBI of Rs 1000 seemed to be the best starting point. The poverty line in India is estimated at Rs 32 in villages and Rs 47 in cities. This would mean that an individual would need Rs 960 per month in rural areas and Rs 1,410 per month in urban locations to stay above the poverty line. This shows that the UBI is not intended to be replacement for employment, but just be enough to incentivise individuals to seek out better employment or to finish their education. It was reported recently that the number of college dropouts increased in Maharashtra because of drought. As seen in our previous article, a UBI helps provide insurance against such seasonal changes.

Though the motivation behind UBI bears resemblance to socialism’s, in implementation and practice, UBI aspires to lean more towards a capitalist tenet of free market economy.

Allaying a primary capitalist concern that UBI thwarts productivity general well-being, pilot programmes have shown that UBI empowers people and allows them to seek better jobs, to go for higher education, or to start their own business. For instance, one of the recipients from the recently concluded Basic Income trial in Finland said that the UBI felt like winning a lottery, and that “It gave [her] the security to start [her] own business”. In a similar experiment in Kenya, most of the recipients were reported to have started their own businesses. A basic income programme run in Alaska has shown a 17% increase in part-time employment. There have been many more encouraging experiments run around the world which all prove that far from deterring productivity and incentivising laziness, UBI has propelled people to be more innovative and enterprising with their time and resources

The World Development Report of 2015 also argues that people in poverty have low self esteem, a preoccupation with the daily hassles of life, and an aversion to investing in personal and professional development.

At heart, both UBI and socialism understand the perils of poverty. UBI is not revolutionary; it doesn’t need a revolution to happen. UBI does not require the eradication of classes ot common ownership of the means of production. UBI is merely about giving everyone a better chance at participating in the economy.