UBI explained: Is UBI a defence against automation?

This week, we will look at how UBI withstands the omnipresent economic fear of automation. 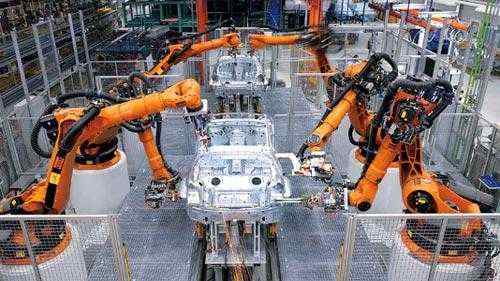 In our previous articles, we were introduced to UBI, compared it with minimum wage schemes, considered a few implementation options, and understood the socialist aspects of UBI.

This week, we will look at how UBI withstands the omnipresent economic fear of automation. In the 19th century, Karl Marx worried that technology would make the worker superfluous because of the inherent superiority of the machine. John Maynard Keynes prophesied that our quest for innovation would lead to widespread technological unemployment. With recent advancements in Artificial Intelligence (AI), Autonomous Vehicles (AV) and virtual assistants, there is a renewed fear of losing one’s job. McKinsey estimates that about 400 million to 800 million jobs could be automated by 2030. In the face of growing technological advancements and potential widespread unemployment, there is a strong case for UBI. This is probably one of the most prevalent socio-economic thoughts within the top brass of Silicon Valley. Candidates for the 2020 US presidential elections have also spurred active discussions on the need for a Universal Basic Income in the face of automation

There has always been a strong correlation between employment, productivity, consumption, and economic growth. A surge in one often creates an increase in another and it cascades into a self-feeding virtuous cycle. Similarly, a drop in one, as during recessions, can lead to a reduction in the other parameters of the cycle. Over the centuries, we have striven as a species to increase our manufacturing productivity and output through various innovations. We have continued making significant progress through the years, more recently harnessing the power of computers and automation to help boost productivity.

With this rise in automation rises the fear of replacement of human labour. As per the recent World Development Report by the World Bank, unskilled labour will be hit first, and we already see evidence of demand for routine job specific skills declining. The machines can easily replace workers when it comes to routine tasks such as processing payrolls, bookkeeping, running an assembly line in a manufacturing unit, or even tending to a garden. However, this cannot be said for the workers engaged in non-routine tasks that require human cognitive skills and decision making abilities. In fact, the machine complements the worker in such roles and help in increasing productivity. An example of this can be seen in healthcare, where routine tasks such as scheduling, logistics, maintaining patient records are automated to free up time for the medical attendants to spend with patients. Education is another stellar example where automation has helped optimise administrative tasks, schedules of students and teachers, and provide personalised content to all students

Will machines truly take over?

A report by McKinsey suggests that the need for human labour will only have increased by 2030 with the rise in automation. Some of the reasons for this increase are:

In fact, India is set to see the highest increase in employment across the semi-skilled and skilled sectors amongst its peers — 129% in technology, 208% in teaching, 75% in management and mid-management, 117% in building engineers and operators, and 242% in healthcare and social work.

A common thread between all these new jobs is the need to work with technology and the need to be skilled in human interactions. In fact, a lot of workers will have to keep learning new skills to stay relevant in the job market. It is then up to the governments to ensure that their workforce stays employable in the face of automation.

How will UBI help in the face of automation?

Human capital consists of the knowledge, skills, and health that people accumulate over their lives, enabling them to realise their potential as productive members of society. In a post-automation world, the most effective way to ensure employment for the masses would be to invest in human capital to give everyone an opportunity to participate in the economy. Dissemination of new skills and adult learning throughout the demography involves more than just opening of new schools and institutions.

Most families below the poverty line cannot afford the costs of learning new skills. Even if the costs are affordable, the individual decisions might be shaped by lack of information, or restricted because of prevalent social norms. To get the masses up to a level where they can be better employed, governments will be required to take initiatives to help their citizens. In a public works experiment in Sierra Leone, it was observed that the extra income is spent partly to improve the quality of life and partly to secure future earnings. In a cash transfer experiment in Bangladesh, it was reported that the health of infants and children improved which spurred an increase in the children’s school grades.

As we have seen earlier (here and here), the productivity of an individual is directly related to their financial situation. Improvement in savings leads to better health, which in turn leads to more productivity. It is necessary to understand that UBI would not only serve as an impetus for one to join the technology economy, but also give them the peace of mind and freedom to pursue professions such as music and arts

India has a long way to go

Given India’s economic context, McKinsey estimates a modest growth in job automation for India in the next 15 years. This means that the fear of a technological takeover is not a pressing one for India right now. However, in terms of preparedness for the inevitable so-called “automational takeover”, India is lagging most of its peers. Out of a list of 25 countries with the highest outputs, India ranked 18th in terms of preparedness for the coming changes of automation. The World Bank has ranked India at 115 out of 157 countries for Human Capital Index. This is an indicator of productivity of the next generation of workers which includes education and health potential

India needs to start investing in a UBI pilots immediately to get more insights into and experimental data on how to provide the best economic opportunities to its citizens. Automation does not destroy jobs; automation needs its people to work better jobs. Sooner or later, India is going to have to stand up to this reality. I would much rather have India be prepared than be caught unaware.