“We’ll make a deal with China, and I think it will be a very fair deal for everybody,” Trump told reporters on Friday after asking aides the day before to begin drafting ideas for an agreement. 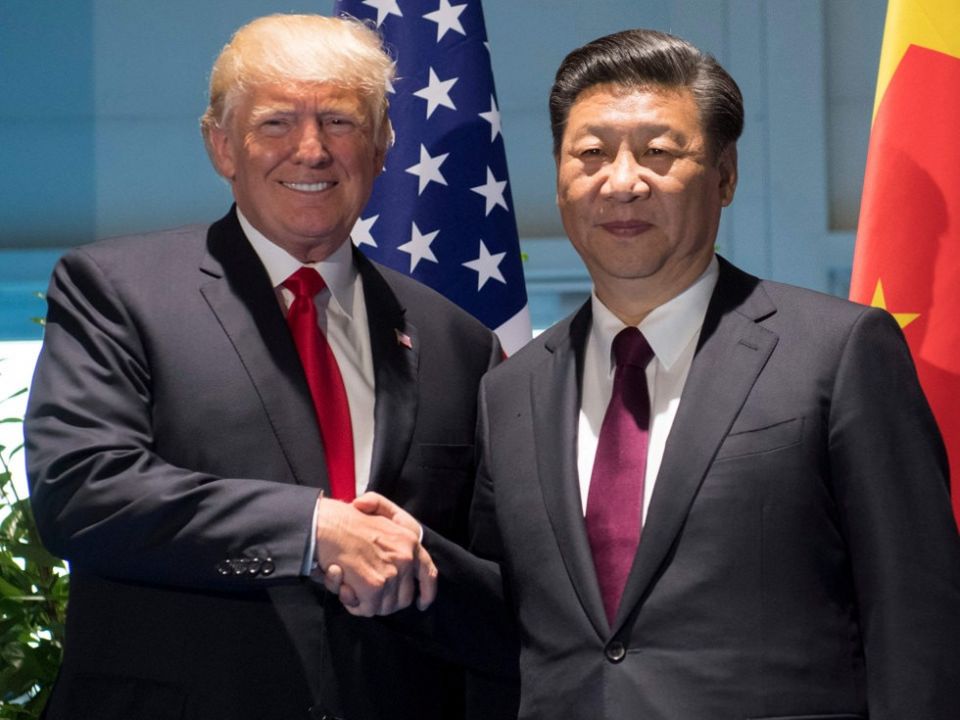 President Donald Trump often seems to be caught between his ideological desire to rewrite America’s trade relationship with China and a businessman’s instinct to cut a deal. And with midterm elections looming and financial markets coming off a rough October, the deal-maker appears to have the upper hand.

“We’ll make a deal with China, and I think it will be a very fair deal for everybody,” Trump told reporters on Friday after asking aides the day before to begin drafting ideas for an agreement to take to his planned meeting with Chinese President Xi Jinping at the Group of 20 summit in Argentina Nov. 30 to Dec. 1. The two sides are “getting much closer to doing something,” he said.

Still, to satisfy Trump’s own inner ideologue — and the China hawks in his administration — that “something” is going to have to hang on substance. And that’s where things are likely to get complicated.

Xi may fill out the picture on Monday when he is due to address a trade fair in Shanghai. Analysts familiar with White House discussions, however, say any deal struck at the G-20 is likely to take the form more of a temporary truce than anything that will bring a final peace in the trade wars.

Such a ceasefire could, they said, see a commitment to forgo additional tariffs, and possibly even to remove some, while high-level officials negotiate a broader pact.

Any of those things would in the current context be a significant achievement and be welcomed by markets. But they would also leave Beijing and Washington facing arduous negotiations ahead, as one senior administration official indicated on Friday.

“If there’s goodwill and agreement, at least personal agreement between the two presidents of the two biggest economies, we’ll move forward after it and try to work with the Chinese on details,” Larry Kudlow, the head of Trump’s National Economic Council, told a conference in Chicago. On Sunday, Kudlow told Fox News he had a “long talk about the China position” with Trump on Saturday, including Beijing’s weakening economy, and that the president believes China would like a deal.

“If they respond to our asks, then the president will consider making a deal, as long as it’s in America’s interests,” Kudlow said on “Sunday Morning Futures.”

Still, even if conversations go well between Trump and Xi in Buenos Aires, Kudlow said in Chicago, “it will still be a long, tough process.”

The reason for that, analysts argue, is that the structural and economic complaints Washington has with Beijing are far more consequential than those the U.S. is confronting with any other trading partner.

If anything, the Trump administration has also been embarking on a more confrontational path with China of late, with recent speeches and comments by officials such as Vice President Mike Pence causing rumblings of a new Cold War.

“The distance between a leaders’ statement that they would like to work something out and would like to make some progress and actually reaching a deal is ginormous,” said Scott Kennedy, an expert on U.S.-China relations at the Center for Strategic and International Studies in Washington.

As the diplomacy sputters along, the economic evidence Trump uses to support his case for a domestic audience is mounting. U.S. Commerce Department data released Friday showed the U.S. goods-trade gap with China has continued to rise, hitting $301 billion in the first nine months of 2018. That’s an increase of almost 10 percent from the same period last year. That is almost three times the deficit with the European Union and six times the size of the imbalance with Japan, two other economies the Trump administration is now embarking on trade talks with.

The Trump administration has also repeatedly labeled industrial policies such as Beijing’s “Made in China 2025” plan to lead the world in areas such as robotics acts of “economic aggression” meant to undermine America’s place in the global economy.

Abandoning — or even weakening — the state subsidies and other incentives behind that plan is a concession Xi is unlikely to make, analysts said. Likewise, leadership in Beijing is unlikely to respond favorably to U.S. demands for it to dismantle the network of state-owned firms that control much of the Chinese economy.

One possible area of progress is protecting intellectual property, with Beijing potentially agreeing to do more to rein in hackers or to cooperate with U.S. authorities who have intensified a crackdown on Chinese theft of trade secrets.

But making the sort of meaningful long-term changes to Chinese economic policy that Washington has been demanding is likely to be far more difficult for Beijing, analysts said.

“It is difficult to see what sort of commitments China could credibly make to address concerns that the U.S. has about a host of complicated issues” like how to address “Made in China 2025,” said Eswar Prasad, a former China expert at the International Monetary Fund who is now at Cornell University. Yet “hardline members of Trump’s administration see these as existential issues in the long-term economic conflict between the U.S. and China.”

Chinese analysts, meanwhile, say officials in Beijing continue to feel burned by their past experience in dealing with the Trump administration, which as recently as May appeared close to another deal with Beijing.

Zhou Xiaoming, a former commerce ministry official and diplomat, said one fear in Beijing was that the Trump administration would continue to demand changes that Xi could never agree to. If China can’t meet those demands, the U.S. “will kick the ball back to China and hold China accountable for the fruitless negotiations,” Zhou said.