Donald Trump’s decision to suspend security assistance worth approximately $2 billion to Pakistan for its unabated sponsorship of terrorism is a radical step. 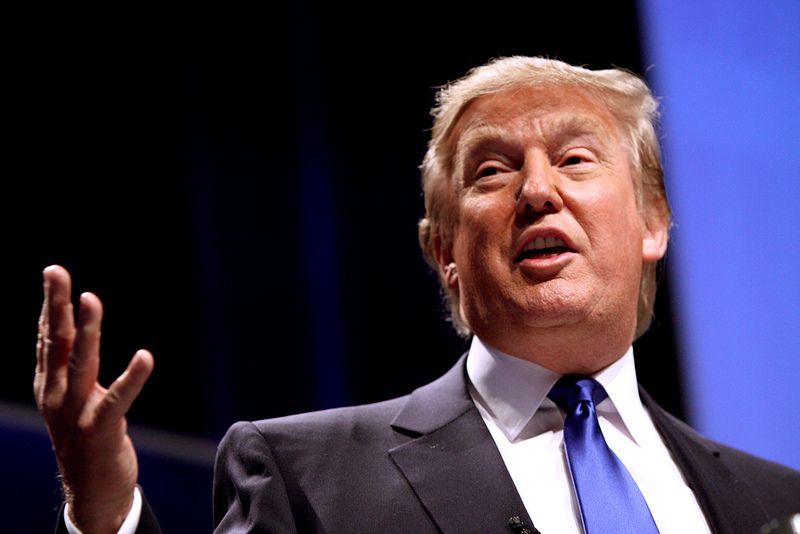 Sreeram Chaulia is a professor and dean at the Jindal School of International Affairs.

United States President Donald Trump’s decision to suspend security assistance worth approximately $2 billion to Pakistan for its unabated sponsorship of terrorism is a radical step in a fraught relationship that has never quite fulfilled its promise. The bold move indicates an exacerbation of a fundamental conflict of interest between Washington and Islamabad, which have been ‘allies’ only on paper.

That it took an unorthodox politician like Trump, who dares to do the unthinkable in diplomacy, for effecting a sharp cut in military aid reveals how messy and tangled the web of U.S.-Pakistan cooperation has been since the September 11, 2001, terrorist attacks.

The administrations of presidents George W Bush and Barack Obama had also nursed misgivings and suspicions about Pakistan’s sincerity in curbing violent Islamist fundamentalism. But neither went as far as Trump in publicly shaming, humiliating and then shutting off the aid spigot to Islamabad for its “lies & deceit”.

During Bush junior’s ‘global war on terrorism’ (2001-2008) and Obama’s ‘war of necessity’ (2009-2016), American strategy was driven by an assessment that the U.S. was caught between the devil and the deep sea and had no choice but to tolerate Pakistan’s ‘double game’ of milking U.S. aid while protecting, arming and funding terrorist movements like the Taliban and the Haqqani network.

Geography gave Pakistan primacy as the staging ground for the war effort in Afghanistan against Al Qaeda and the Taliban. Washington concluded in the Bush and Obama eras that, in spite of frustrations, it could not afford to drastically alienate Islamabad.

In 2011, after Osama bin Laden was discovered to have been safely sheltering for years beside a Pakistani military installation in Pakistan, Obama did, in fact, withhold $800 million of security funds to signal American exasperation. The Coalition Support Funds (CSF), which are meant to be reimbursements to Pakistan for the logistical costs of supporting the U.S. military’s ground and air supply routes into Afghanistan, had also been made conditional and temporarily frozen on numerous occasions by Obama.

Yet, the U.S. failed to alter Pakistan’s behaviour all these years because of the ‘moral hazard’ dynamic.

Pakistan knew that the Americans could not fully replace it with the ‘northern route’ for entering Afghanistan via Central Asia as long as Russia objected to U.S. encroachment into its ‘near abroad’.

The suspended aid would gradually seep back into Islamabad’s kitty after pauses and Pakistan’s Inter-Services Intelligence (ISI) kept on manipulating the Taliban and allied factions to destabilise the fledgling Afghan state.

Apart from the Afghan supply lines, military and civilian regimes in Pakistan have played on American fears that they might irretrievably ‘lose Pakistan’ to China if they tighten the screws. The ‘all-weather alliance’ of China and Pakistan has flourished for several decades owing to their common objective of checking India’s rise. In recent years, the gargantuan increase in Chinese aid to Pakistan has elevated Beijing’s centrality and generated confidence in Islamabad that it has a powerful substitute for Washington’s largesse.

Today, China’s civilian aid and investment in Pakistan overshadow the shrinking sums that the U.S. has been offering. Beijing’s commitment of $62 billion for the China Pakistan Economic Corridor (CPEC) and its staunch defence of Pakistan’s alleged counter-terrorism record give solace to the military establishment in Pakistan.

Immediately after Trump lobbed his thunderbolt on Pakistan, the Chinese state-owned Global Times deliberately cited reports that Beijing was negotiating with Islamabad to build its second overseas military base at Jiwani near the Chinese-built Gwadar port.

Since Pakistan’s nuclear and missile programmes have enjoyed China’s backing, and in light of Beijing seeking to blunt the burgeoning U.S.-India partnership in the Indo-Pacific, the Sino-Pakistani axis remains Islamabad’s number one insurance policy against Trump’s no-nonsense dealing.

His comment that Pakistan is “not alone” and has “other options for allies” after Trump’s “betrayal” will be well received in China. It is also in line with right-wing Pakistani nationalism and Islamist sentiment which rest on the three legs of anti-Americanism, anti-Semitism and anti-India hatred.

When Asif huffs that “we do not need American money” and “we do not have any alliance” left with the U.S., it plays to the galleries in Pakistan’s domestic political theatre and confirms the basic contradiction which has forever bedeviled ties between Washington and Islamabad — the two sides hold each other in contempt and lack shared values. Trump’s axe has hacked at what is already a very sour marriage.

Going by Pakistan’s angry rebuffs to Trump’s name-calling and aid halt, it believes it can ride out of the storm once again and continue with business as usual by harbouring proxies who are devastating Afghanistan. But Trump, for all his foreign policy idiosyncracies and U-turns, is consistent when it comes to money matters and his visceral ideological distaste for what he calls “radical Islamic terrorism”. He does not care for niceties and nuances when convinced that the U.S. is being fleeced and challenged by jihadist-sponsoring states.

The Trump administration’s reckoning is that Pakistan’s military and ISI depend on the U.S. for military hardware, training, and operational preparedness and cannot find easy replacements. Since the Cold War period, Pakistan’s security has been based on American materiel, manuals, and doctrines. Moreover, the personal investments senior Pakistani officials have made in the U.S. in terms of educating their children and parking alleged ill-gotten wealth in dollar-denominated assets render them vulnerable to targeted American sanctions.

Suppose Trump goes further and blacklists individual Pakistani military officers known to U.S. intelligence for directly abetting the Taliban and the Haqqanis, it would hurt more than withdrawing $2 billion in official aid. If Trump orders escalated American drone strikes inside Pakistani territory on terrorist training camps, the effect would be chilling. In 2010 and 2011, Pakistan closed the ground border for U.S. forces heading into Afghanistan after American airstrikes killed Pakistani soldiers. But the supply lines reopened thereafter.

Trump knows that Pakistan has created an entire cross-border industry to enable the U.S. military on the frontier with Afghanistan and would incur losses if that economy vanished permanently.

Lastly, the Trump administration has the option of using America’s weight in international forums to deny Pakistan acceptance in multilateral settings. China has, of course, stood by Pakistan whenever it is cornered at the United Nations. But a concerted pressure campaign by the U.S. could damage Pakistan’s position and render it a pariah.

As a parallel, North Korea enjoys Chinese patronage but is almost absolutely isolated globally. If Pakistan-abetted suicide bombings, ambushes, and explosive blasts do not halt in Afghanistan, Trump could delist Pakistan as a ‘major non-NATO ally’ and even designate it as a state sponsor of terror.

Such tough actions are no longer theoretical because Trump is a non-conventional president who eschews the studied and balanced approach of his predecessors. His aides would have briefed him that Pakistan will damage American interests out of spite if he pushes it too hard, but he is willing to bear the costs of that damage in order to teach this incorrigible ‘ally’ a lesson.

Washington’s contention that the aid blockage is an ‘incentive’ for Pakistan to clean up its act and Trump’s threat that far worse is to come means that the cycle of ‘estrangement followed by resigned rapprochement’ which underpinned U.S.-Pakistan relations has been finally broken.

Minister Asif’s allegation that Trump is “talking in the language of India” is rhetorical because the U.S. has not specifically tied its cutoff of aid to terrorism which Pakistan channels against India. India is cognizant of the fact that the U.S. is primarily peeved about Pakistan’s bad faith in Afghanistan. Trump’s effort to choke Pakistani chicanery in Afghanistan does not automatically address India’s security concerns about proscribed Pakistani jihadist groups like Lashkar-e-Taiba (LeT) and Jaish-e-Muhammad (JeM), which have been actively bloodletting in Kashmir.

Nonetheless, reactions in Pakistan that India is poisoning Trump’s mind and is plotting to malign Pakistan’s reputation do presage deeper India-U.S. coordination. The overall intolerance which Trump has adopted towards Pakistan is taken as a positive development in New Delhi. It will have wider global ramifications beyond the problems posed by Pakistan and inevitably draw China into the picture. A geopolitical reconfiguration is guaranteed.

The article was originally published at Bloomberg