President Donald Trump said he plans to have a military parade through Washington including flyovers by warplanes if it can be done at a “reasonable” cost. 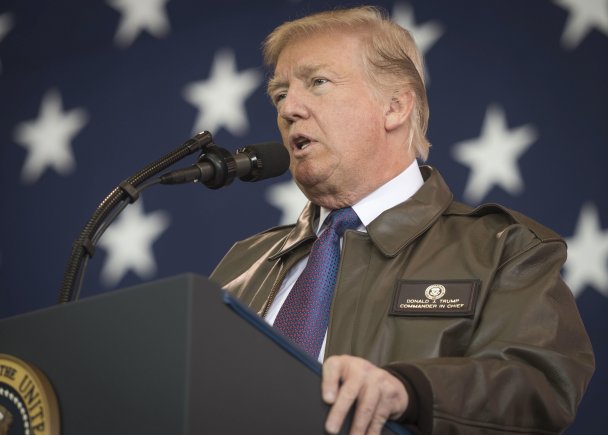 President Donald Trump said he plans to have a military parade through Washington including flyovers by warplanes if it can be done at a “reasonable” cost.

Trump said in an interview Saturday with Fox News’ Jeanine Pirro that the parade would probably be on Veteran’s Day and take a route along Pennsylvania Avenue, the main thoroughfare that runs between the White House and the U.S. Capitol building.

“A lot of it would be flyovers,” Trump said. “I think it’s great for the spirit.”

Trump was impressed by the military display of armaments when he attended France’s Bastille Day parade last year and asked the Pentagon to come up with a plan for a military parade in the U.S.

White House Budget Director Mick Mulvaney has estimated earlier this month that such a parade would cost between $10 million and $30 million.

Though troops participate in the presidential inaugural parade and other professions in the U.S., the country doesn’t typically have the parades of armaments more typical in countries such as France, Russia, China and North Korea. The last military parade in Washington was in 1991, after the U.S. victory in the Gulf War.