There’s a new health clinic on the block, and it is for and by the LGBTQ community! Here’s more

Despite landmark judgments in favour of the community, LGBTQ Indians still lack access to basic healthcare. 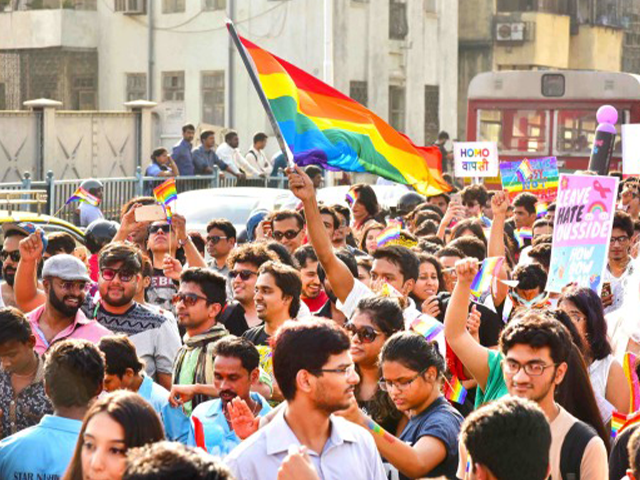 A new health clinic in Mumbai is now offering services specially for the city’s LGBTQ community. The clinic itself employs LGBTQ receptionists and medical professionals like pharmacists and counsellors who have first-hand knowledge about mental and physical issues faced by Mumbai’s queer community.

CEO of the Humsafar Trust, Vivek Anand, founded this eight-room clinic, which opened its doors to the public in February this year. Humsafar Trust is an HIV awareness and support group for LGBTQ Indians and sex workers.

“We have known days when trans communities could not get past the doors of any public healthcare delivered in India. Security does not let them in”, Anand tells the Guardian.

Anand added that the clinic annually treats 8,000 people, a majority of whom hail from lower socio-economic backgrounds.

Treatment here is free, but donations are appreciated.

That India’s LGBTQ community lacks equal access to healthcare is a known concern.

According this Lancet report, India’s transgender community severely lacks access to education, which results in poor medical and health literacy especially in rural areas. Others in the LGBTQ community are forced to endure “family-sanctioned corrective rapes” in an effort to undo their queer sexuality.

LGBTQ activist and transwoman Vyjayanti Vasanta Mogli spoke to Mint about the urban-rural divide when it comes to LGBTQ rights. She particularly spoke about the prevalence of corrective therapy, recalling how she was once admitted into a prison-like psychiatric ward.

“Village medics and babas often prescribe rape to cure lesbians of homosexuality. Refusal to marry brings more physical abuse. Stories of family acceptance that you see on TV and other media are more of an urban phenomenon”, she said.

However, restricted access is only one side of the coin. Stigma and internalised discrimination also stops LGBTQ people from seeking medical treatment.

Referring to patients who tested positive for HIV, but randomly discontinued treatment, Anand tells the Guardian, “Half of them never even showed up. More than discrimination, self-stigmatisation keeps the community away from accessing treatment.”

Activists are still fighting for healthcare reform for the LGBT Indians, especially in light of the highly contested Transgender Persons (Protection of Rights) Bill, first introduced in 2016.

The Trans rights bill imposes several restrictions on trans people, who want to legally change their preferred gender identities. However, the bill undermines the SC’s 2014 NALSA judgment and asks trans Indians to undergo medical procedures and get certification proving the same, before they can change their gender.

In 2014, the Supreme Court made a historic ruling for the LGBTQ community that has come to be known as the National Legal Services Authority (NALSA) judgment. The court said that if an Indian chose to identify as trans, their word was sufficient enough and they did not need to provide any medical proof of a sex reassignment surgery.

In 2017, India passed the HIV and AIDS Prevention and Control Bill that provides equal treatment to people who test positive for those infections, and requires their consent before revealing their HIV status.

Later in 2018, the Supreme Court struck down Section 377, a colonial-era law that banned sexual acts “against the order of nature”— a definition historically interpreted as homosexuality. The court also said that LGBTQ Indians had “the right to emergency medical care and the right to the maintenance and improvement of public health”.

However, the government is yet to fully implement the SC’s ruling and make the spirit of the law a reality for India’s LGBTQ community.

Even beyond larger legal and governmental changes, ordinary Indians like Anand are making society progressive in their own, individual ways.

Tinder, a dating app, also introduced 23 different gender identities for its users, including non-binary identities that are usually labelled ‘transgender’. The Humsafar Trust that runs the clinic was also on Tinder’s advisory panel for this initiative. Even Bollywood is starting to embrace more authentic, queer narratives like in the Sonam Kapoor-starrer Ek Ladki Ko Dekha Toh Aisa Laga.

Indian society has a long way to go, but when equality is entrenched in the law, the fight for basic rights has a strong basis. Moreover, grassroot organisations like the Humsafar clinic are foundations for progressive thought in the country and should be nourished as such.