Skill development is a critical part of preparing for work in the future, even for jobs that do not exist yet. 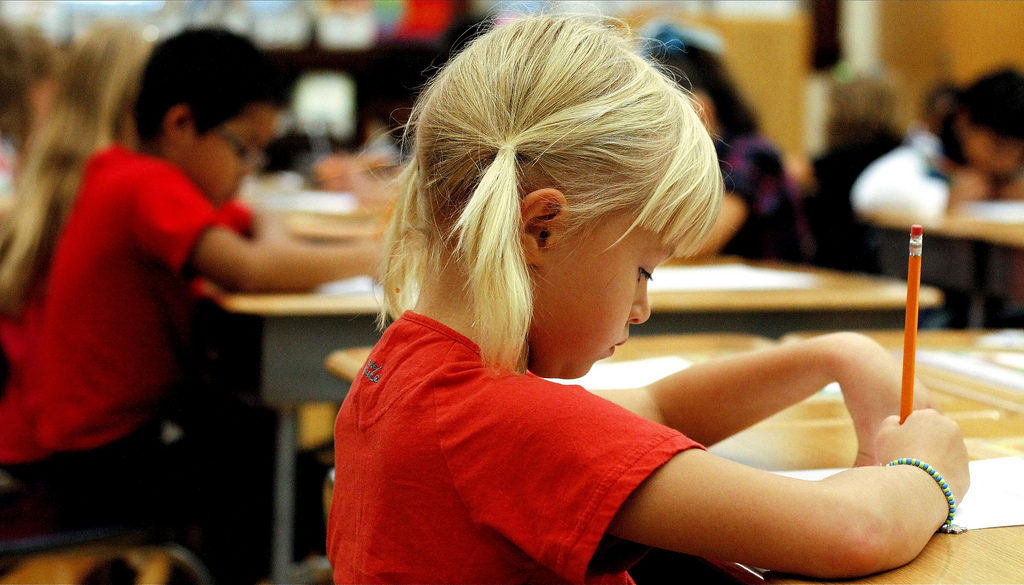 Skill development is a critical part of preparing for work in the future, even for jobs that do not exist yet. A child who cannot read, write or perform at least simple mathematics with proficiency will of course be poorly equipped as an adult to excel in the technology-driven industries of the future.

Next week, two very different – but powerful – groups will be grappling with the ways in which the global learning crisis is in fact a skills crisis threatening the prospects of current generations and those to come. In Geneva at the Global Shapers Annual Summit, about 400 “change-makers” under the age of 30 will be exchanging ways to address the needs of their communities while striving to have a global impact. Just days later, education ministers from G20 countries will meet in Mendoza, where the question on everyone’s mind will be: how do we prepare our children and young people for the future?

The jobs of the future will require students to have strong cognitive skills in mathematics and literacy, as well as soft skills such as problem-solving and creative thinking, to enable them to adapt to a quickly changing environment. However, millions of children are not gaining these skillsets, either because they never started school, they have dropped out of school, or their school does not offer a quality education.

We are in the midst of a global learning crisis: 617 million children and adolescents are not proficient in either reading or mathematics, according to data from the UNESCO Institute for Statistics (UIS). It shows that two thirds of children not learning are actually in school, or were in school, but dropped out.

Not only is the learning crisis alarming from a national economic perspective, it also threatens the ability of individuals to climb out of poverty through better income opportunities. Each additional year of schooling can improve an individual’s job prospects and raise their income by 10-20%, if they gain the required skillsets. Educated individuals are also more likely to make better decisions, such as vaccinating their children, and educated mothers are more likely to send their own children to school. The learning crisis is, simply, a massive waste of talent and human potential.

The learning crisis is global but concentrated in low-income regions

Breaking it down by region, the data shows that Central and Southern Asia and sub-Saharan Africa are bearing the brunt of the learning crisis. About 80% of adolescents in school (roughly between the ages of 12 and 14) are unable to read at minimum proficiency levels.

As these young teens prepare for life and the job market, they are at a marked disadvantage over their peers who are able to gain these skills in school. Their countries also suffer a huge loss of talent of young people, who will be ill-equipped to deal with the challenges posed by technological changes in areas such as robotics and artificial intelligence.

But the learning crisis does not only affect the poor. Wealthier regions such as North America and Europe are similarly impacted. A sizeable proportion (almost 20%) of adolescents in school lack the basic skillsets to get ahead.

So where does this leave us? Consider the proportion of young people aged 15-24 not in education, employment or training (NEET). As one might expect, more NEETs have less than a primary education than those young people who have stayed in school or are working.

However, data also shows that in almost one third of G20 countries, 10-15% of young people not in school or working have completed university-level education or its equivalent. It may be that job markets are also unable to absorb university graduates, but more research is required.

The learning crisis puts a serious dent in the abilities of countries and job-seekers to seize the benefits of technological change. As the G20 education ministers meet next week, UIS data highlights three take-away messages underlying the learning crisis:

– Schools are failing to retain children who enroll, leading to high dropout rates and insufficient learning

– Poor quality of education and classroom practices are leaving millions of children and adolescents without the skills to compete in the global economy.

The role of education in skill development is particularly relevant today. Governments around the world have already been taking a hard look at the subject as part of their commitments to the sustainable development goals. The goal for education (SDG 4) includes a range of education targets such as equal access to vocational training and university, as well as free universal education at the primary and secondary levels.

To meet these goals and to ensure that all children are learning, we need a meaningful investment in millions of children and adolescents around the world. They deserve an opportunity to develop their own talents so they can help themselves and contribute to the well-being of their families and communities.

Silvia Montoya is Director at UNESCO Institute for Statistics.