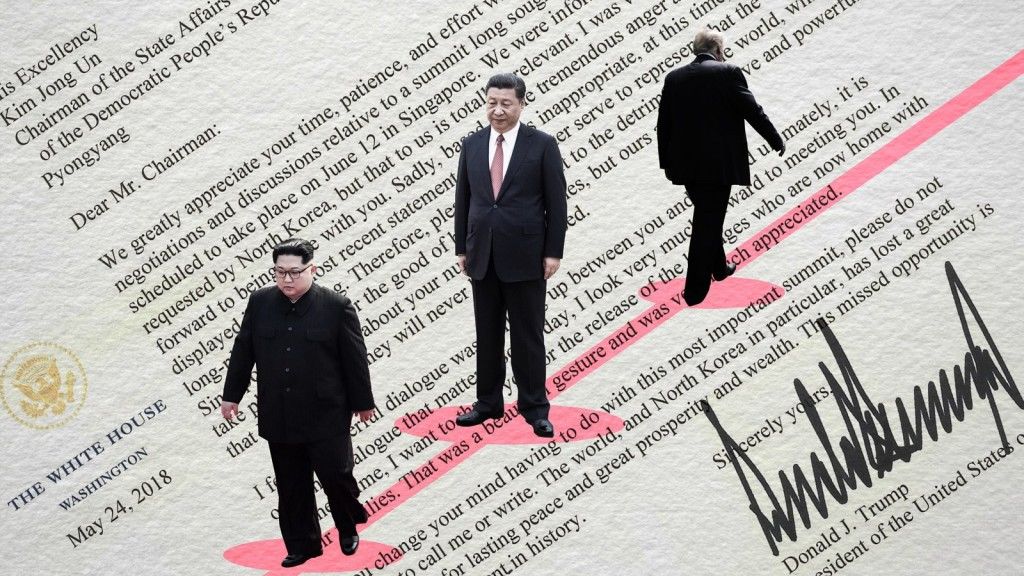 Back to square one. Credit: Twitter/@OZY

Korean leaders Kim Jong-un and Moon Jae-in reportedly deliberated on the matter on Saturday in a surprise meeting. The week which witnessed Ireland’s time of reckoning, with respect to winning a referendum to repeal anti-abortion laws, also foresees thousands of Rohingya rape victims giving birth at refugee camps, nine months after the Myanmar military crackdown.

Here are some stories from around the world you may have missed last week.

Is the historic Trump-Kim summit back on?

North and South Korean leaders engaged in a surprise meeting at the demilitarised border zone on Saturday, in a united effort to put the highly anticipated US-Korea summit on track, after United States President Donald Trump cancelled it on Thursday, citing North Korea’s “open hostility” as the reason. In the second-ever meeting between Kim Jong-un and Moon Jae-in, they have reportedly discussed ways to denuclearise the Korean peninsula and reduce tensions between the neighbouring nations, fuelling hopes that the original summit with the US may still take place.

In the refugee settlements of Bangladesh, 60 births were recorded last week, with more than 25,000 babies expected to be born in the weeks to follow. Aid workers claim that this is undeniable proof of sexual violence against Rohingya women by the Myanmar Military forces, that took place in November 2017.

According to first-hand reports, the massacre involved the forces invading villages in Rakhine, separating and killing the men, before launching into rampant gender violence against the survivors. As expectant mothers continue to give birth amidst squalor and lack of adequate medicare, the Myanmar government and army have consistently denied these accusations despite promising an impartial investigation into the same.

Rohingya rape victims to give birth

Thousands of Rohingya rape victims are expected to give birth in Bangladesh's refugee camps.

Friday’s referendum to repeal the Eighth Amendment, which affords unborn children the same right to life as mothers, was met with a resounding “Yes” vote, thus paving the way for a new and historic legislation to lift the abortion ban in Ireland. Prime Minister Leo Varadkar hails the “quiet revolution” which saw Irish women return home from all over to world to vote for the amendments, in a Catholic conservative country where abortion was prohibited and illegal, allowing no exceptions even for fatal fetal abnormalities, rape or incest. Exit polls looked favourable for the repeal, as Ireland joins other European countries that trust and respect women’s freedom to make decisions about their own body.