Culture, In Pictures, Now you know

The story so far: A statistical wrap of the last 10 IPL seasons

On the eve of season XI’s beginning, here’s looking back at the most successful teams and players in the first 10-year cycle. In the ten years of its existence, the Indian Premier League (IPL) has become one of the most-followed sporting events around the world. The IPL also caterWis to the not-so-hardcore cricket followers, thanks to its connection with Bollywood – the common Indian’s other popular entertainment option.

In brief, the IPL – which contains fiercely contested sport at its core – has blended sports and entertainment, a formula that’s a sure shot winner.

On 7 April 2018, the second cycle of the IPL gets underway. On the eve of season XI’s beginning, here’s looking back at the most successful teams and players in the first 10-year cycle.

First up, the most successful team in the IPL so far. Mumbai Indians stand on top of the list with three titles. It is incredible to note that MI did not win a single title in the first five seasons; then, they emerged champions thrice in the next five seasons – all under the captaincy of Rohit Sharma.

Chennai Super Kings and Kolkata Knight Riders won two titles each in the first ten years; CSK could well have made it a hat-trick of titles – if they were not stopped in the tracks by KKR, who clinched the 2012 Final in the final over. 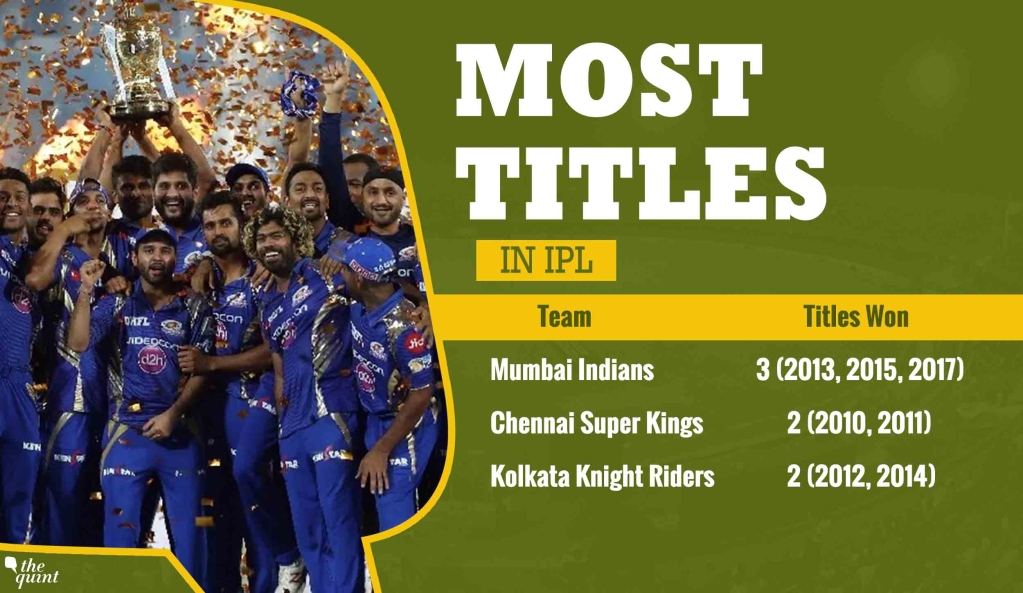 In terms of win percentage though, Chennai Super Kings top the list; they have won nearly 60 percent of their matches. At one point in time, they also had the most wins, but have since been displaced by Mumbai Indians in that list. 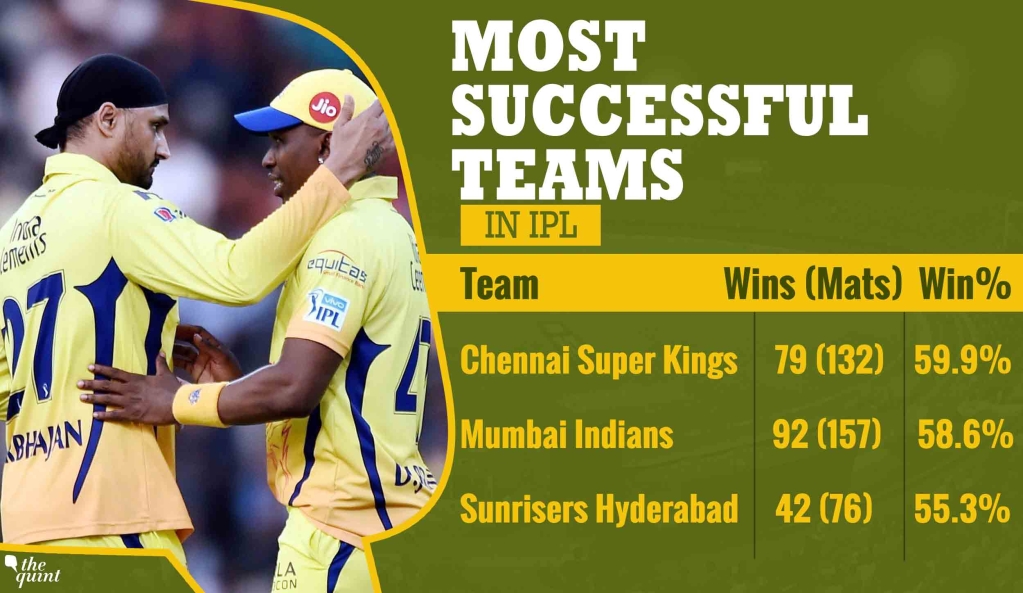 A few players have made careers out of playing in the Indian Premier League, and are, in many ways, synonymous with the brand too. Suresh Raina, an integral part of the Chennai Super Kings brand – so much so that he is referred to as ‘Chinna Thala’ or ‘Junior Leader’, has played more IPL matches than any other player. After representing CSK for eight seasons, Raina also represented the Gujarat Lions for two seasons. In 2018, he will be back donning the popular yellow jersey. 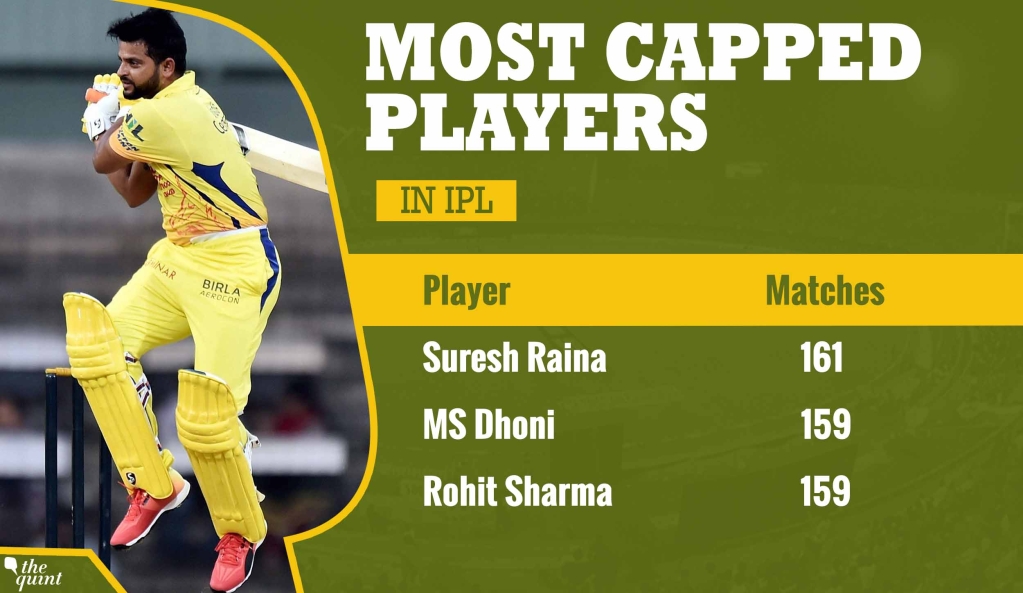 Raina also tops the list of top run-getters in the Indian Premier League; he is the only player to have scored in excess of 350 runs in each of the ten seasons of the league. Virat Kohli, one of few players to have represented the same team all through the league’s existence, topped the list briefly, but he now stands second on the list. 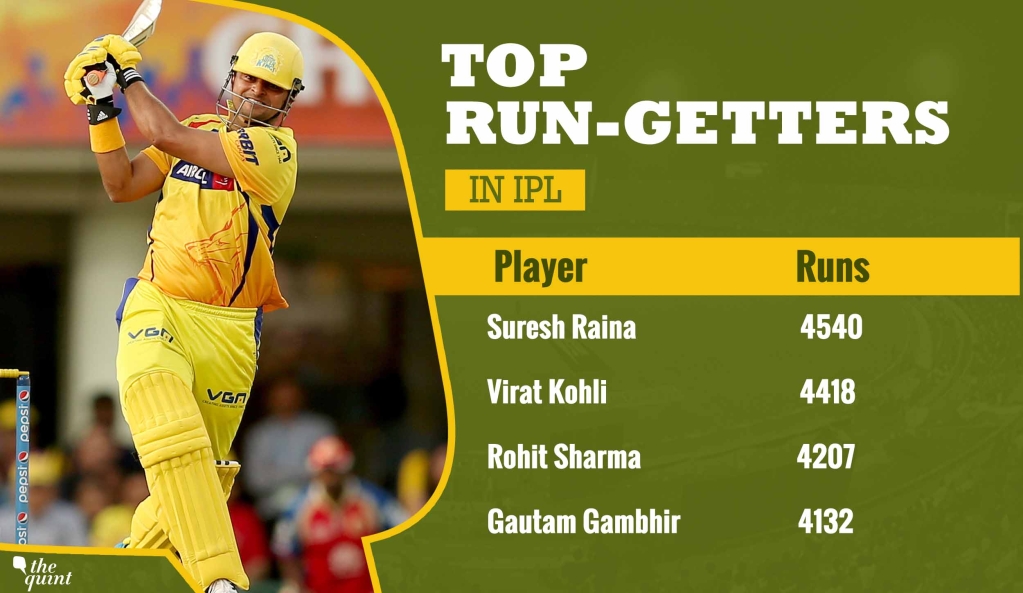 Lasith Malinga is the top wicket-taker in the IPL. The Sri Lankan, who will be involved with the Mumbai Indians in the capacity of Bowling Mentor in IPL 2018, has a total of 154 wickets in the IPL. Malinga took the field for MI in eight seasons – and barring the 2017 season, he picked up 15 or more wickets in a season on seven occasions. The wily leg-spinner Amit Mishra is second in the list with 134 wickets, while the off-spinner Harbhajan Singh completes the top three with a tally of 127 wickets. 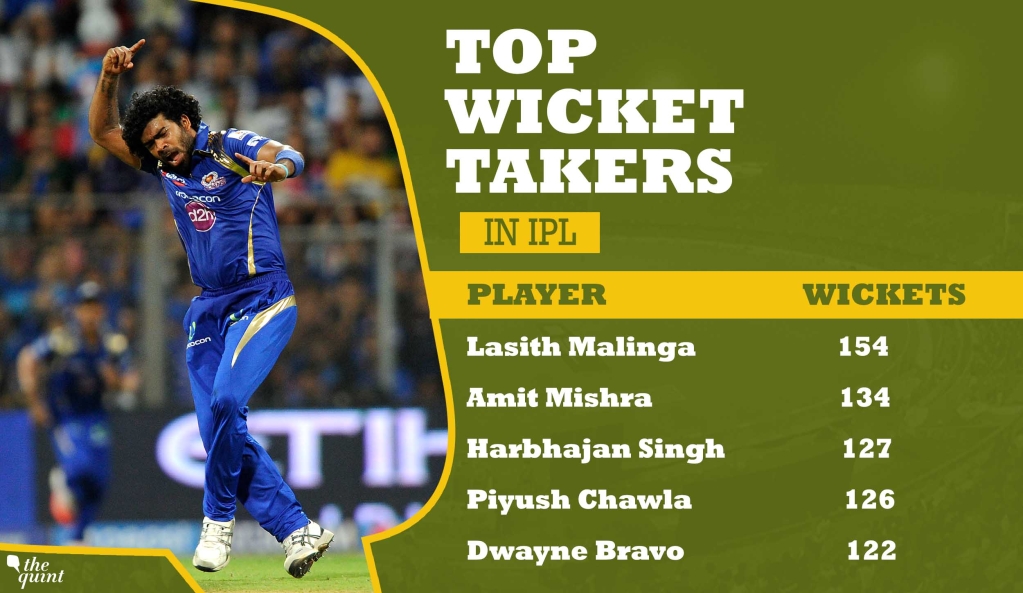 Chris Gayle, the self-proclaimed ‘Universe Boss’, is the runaway leader when it comes to players hitting the most sixes. The Jamaican has so far hit a total of 265 sixes in the 101 IPL matches he has played. The left-hander also holds the record for the highest individual score in the IPL; his 175 not-out against Pune Warriors India in 2013 is the highest individual score in all T20 cricket. 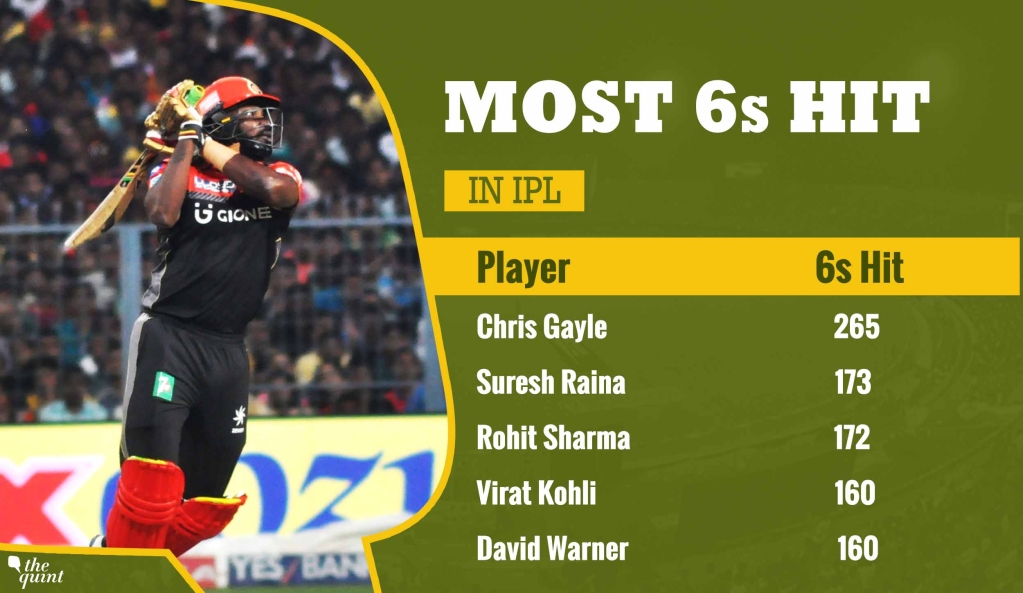 Not surprisingly, given how frequently he destroyed bowling attacks, Chris Gayle has won the most Man of the Match awards in the IPL; he has a total of 18 match awards – 14 of which he won in three seasons (2011, 2012 & 2013). Yusuf Pathan, who was sensational, particularly in the first two seasons, stands second in the list; he won seven of his 16 awards in the first two seasons of the league. 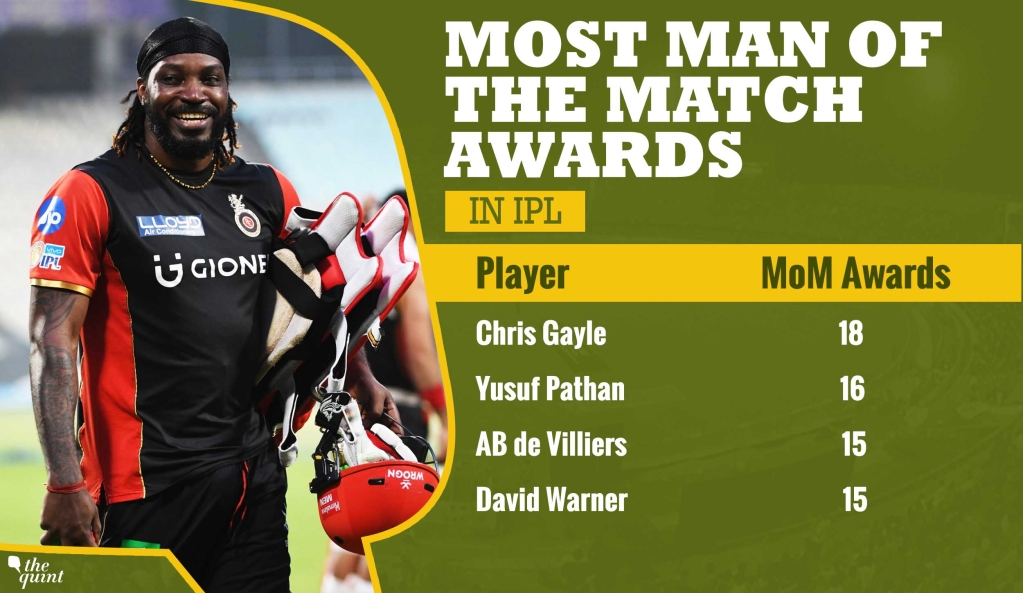 Finally, the most successful captain. Not surprising that MS Dhoni tops the list with a tally of 83 wins. Captain Cool led the Chennai Super Kings past the league stage to the semi-finals/play-offs in every one of the eight seasons they competed in; CSK won the IPL title twice and finished runner-up on four occasions. In terms of win percentage, the Mumbai Indians captain Rohit Sharma is marginally ahead; he has a win percentage of 61.3 percent, slightly ahead of MS Dhoni’s corresponding number of 58.0 percent. 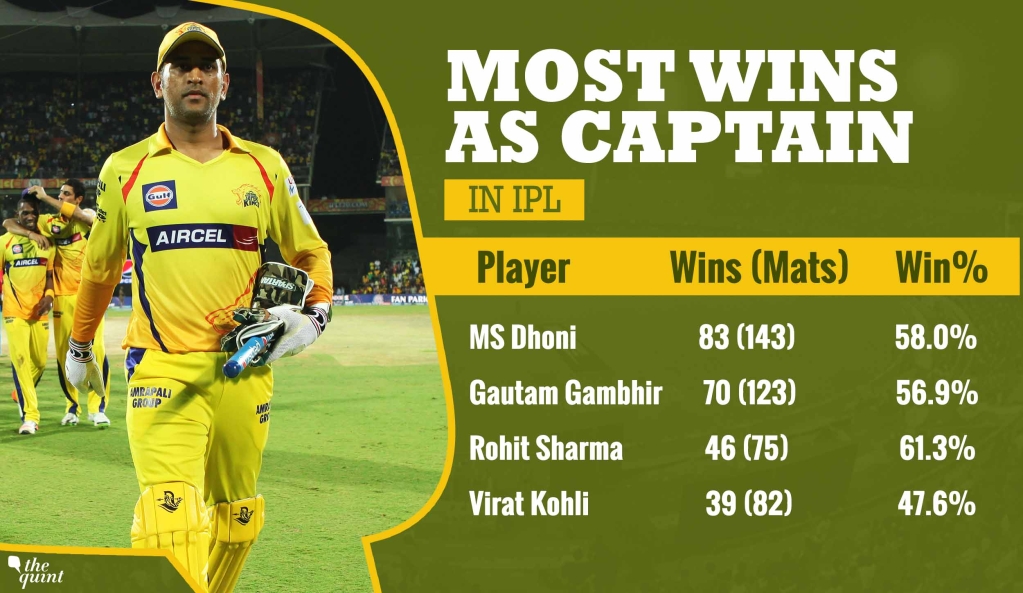