The Spring Equinox marks the first day of spring in the northern hemisphere when countries around the world celebrate festivals like Holi. 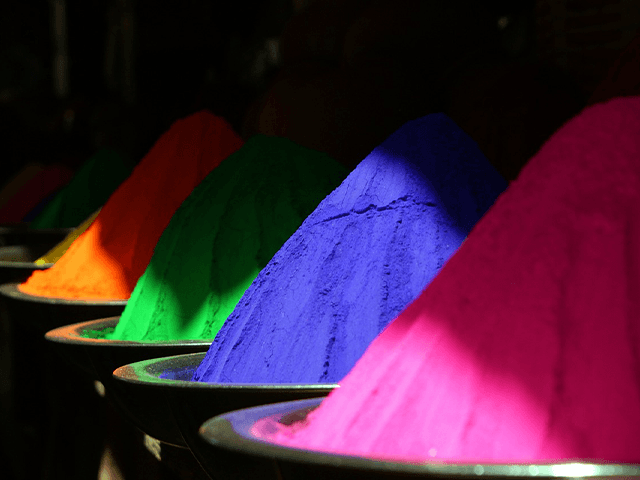 The Spring Equinox marks the first day of spring in the northern hemisphere when countries around the world celebrate festivals like Holi. Credit: Frankspandl/Pixbay

So, in the north, this day is called the spring equinox and in the south, it is called the fall or autumn equinox. Such a day comes twice a year and the exact date changes annually.

Google has commemorated the day by giving it its own special doodle symbolising spring. The term “equinox” has Latin roots: equi means “equal” and nox means “light”.

Vox explains that an equinox occurs when the sun lines up perfectly with the equator. This will happen on Thursday, March 21, early morning at 3:28am, Indian Standard Time (IST).

For the next 24 hours, most places on earth will get exactly 12 hours of sunlight and 12 hours of darkness.

Earth will also witness a supermoon, which is a moon that appears larger than usual because it is closer to the planet.

Other planets in the solar system, like Mercury and Uranus, also experience the spring equinox as they too have tilted axis like Earth’s, that result in seasons.

Holi and the equinox

One of the India’s major and most eagerly awaited festivals is celebrated on the spring equinox—Holi. This day in the Indian calendar is well-known across the world because, it is the one day the entire country bursts into song, dance and, most importantly, colour.

The festival of Holi has sacred origins in Hindu mythology.

King Hiranyakashipu, a demon ruler, made his subjects worship him like God. However, his own son, Prahlada, defied that order and devoted himself to the Hindu deity, Vishnu, instead.

Angered by his son’s disobedience, the King and his sister Holika, hatched a plan to kill Prahlada. As decided, Holika lured Prahlada to a pyre hoping to kill him by fire.

Holika protected herself with a special shroud, but Prahlada remained exposed to the flames.

However, while sitting on Holika’s lap on the pyre, Prahlada prayed to Lord Vishnu who took the form of Narasimha to kill the King and Holika, while protecting Prahlada from the fire.

Hence, Indian households bring in this festival of colours by focusing on the values of light, warmth, and the triumph of good over evil.

The festival is celebrated with rituals and bonfires that light effigies of Holika. During the day, people all over the country throw powdered colour and coloured water in balloons as well as hand-held spray guns in play and fun.

The festival finds representation in Indian pop culture as well, particularly in Bollywood films. For example, one of the songs in Mohabbatein, “Soni Soni”, takes place during Holi.

All over the world, the spring equinox heralds in the idea of new beginnings and fresh starts.

In China and the US, there is a myth that you can balance an egg on its tip only on the day of the spring equinox. However, this is false, because the earth’s gravitational pull is not impacted by the amount of sunlight we receive.

Japanese people bring in this day, Shunbun no Hi, by paying homage to their deceased ancestors at their graves with flowers. Families also reunite on this day to spend time cleaning and making their houses as good as new.

Countries in the Middle East also have rich traditions related to the first day of spring. The festival of Isis in Egypt celebrates the goddess and the concept of rebirth. On the same day, Iran, Turkey, and Kosovo celebrate a festival called “No Ruz”, which means new day.

In preparation, people in the Middle East clean their homes, repair old and broken items, repaint parts of their house, and decorate their rooms with fresh flowers.

Italy holds a similar celebration of rebirth related to Roman goddess Cybele who is worshipped for leading a fertility cult.

South America, particularly Mexico, also has an ancient tradition related to this day. Thousands gather at the Kulkulkan pyramid to see a rare sight—the sun casting a shadow on the monument that looks like a slithering snake with a feathered head touching the ground.

This phenomenon is called the Snake of Sunlight and is exclusively seen at Chichen Itza.

Even parts of Europe come together around this time for various holidays.

Although not on the spring equinox, Ireland and countries all over the world, celebrate St. Patrick’s Day on March 17, which is usually when the equinox occurs.

Hundreds of believers of pagan and Wiccan rituals in the UK take tours of Stonehenge at sunrise to commemorate the day. Russians observe Maslensitsa, an event hailing the return of warmth and light—much like Holi in India.

The Spring Equinox is one day where different parts of the world come together for different festivals that share the same core values—a celebration of life and rebirth, while taking stock of everything we are grateful for.