The risks of American military involvement in Venezuela

Venezuela is notable for its larger population, oil reserves and socialist political system which is a frequent target amongst neoconservative policymakers such as John Bolton and members of the George W. Bush administration. 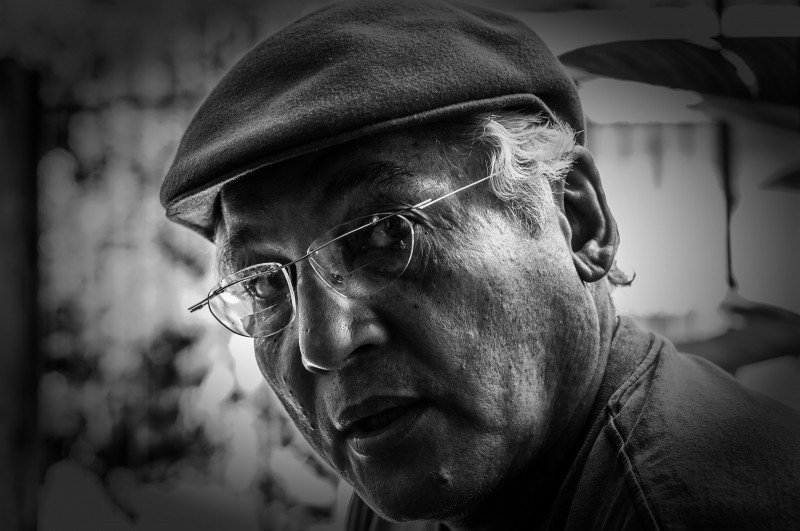 The world got a glimpse of National Security Advisor John Bolton’s notepad at a White House briefing this week, and it said ‘5,000 troops to Colombia.’ Is this a viable strategy to help ensure stability in Venezuela? What are the risks of the US military becoming involved in another Latin American nation where memories are still rife with US interference? Will it cause conflict with Russia?

The yellow notepad of US National Security Advisor John Bolton has inadvertently sparked a series of questions about what America is prepared to do to help ensure the legitimacy of Venezuelan opposition leader Juan Guaido. After Nicolas Maduro won re-election in May 2018, the National Assembly controlled by the opposition, declined to recognize him as president.  Maduro responded by saying he would complete his first term and then be sworn in for a second term on 10 January 2019. However, Mr Guaido has argued that the presidency is, in fact, vacant since Maduro’s election was unfair. This has led to the current crisis.

The goal of American action

The goal of American action is to boost Juan Guaido, who recently declared himself the nation’s interim president. The US and many other Latin American countries recognise him so. The split between recognition for Guaido vs. Maduro is also seen as a battle between support for the US or Russia in a proxy war that is reminiscent of the Cold War days.

5,000 American troops to Colombia would be a provocative move to help install a more democratic leader in power. Venezuela has the largest oil reserves in the world – something that surely furthers US national security interests. While this troop deployment is unlikely given considerable pressure from Congress, that has not stopped the Trump administration from taking unilateral action before. American troops would likely lead to further chaos on the ground, particularly if they are up against Russian mercenaries.

According to the Pew Research Center Global Indicators Database, 47% percent of Venezuelans have a favourable view of the United States, with only 20% expressing confidence in President Trump. The Venezuelan public has also received a steady stream of anti-American messaging from Maduro and his predecessor Hugo Chavez. Although there is now a sizable opposition to that viewpoint. The public is unlikely to respond favourably to an American military invasion of Venezuela. This would undoubtedly violate the country’s sovereignty unless it receives the support of multilateral bodies such as the UN or Organization of American States.

America versus Russia in Venezuela

Russia has very different strategic goals in Venezuela and is strongly against the US sending military assistance in support of Juan Guaido. Whereas relations between the US and Venezuela soured after Chavez was elected in 1999, Chavez and Putin were able to form a close partnership. Russia has been important in helping Venezuela maintain a sovereign identity in Latin America that defies the US’ role in the region, while Washington has been keen to suppress that identity. Venezuela was also one of the few countries to vote against a UN resolution condemning Russia’s annexation of Crimea in 2014, which led to sanctions and a deterioration in relations with the US.

At a recent UN Security Council session, Russia took the opportunity to remind fellow nations about the risks of US intervention in Latin America, while also accusing the US of attempting a coup. Nicolas Maduro agrees with the Russian position and has warned that a US invasion would be even more disastrous than Vietnam. The proxy war is already heating up, as Russia has flown private military contractors into Venezuela to help support Maduro, although the Kremlin has so far denied those reports.

At a time when Russian forces remain bogged down in Syria and the conflict in eastern Ukraine, Venezuela is a riskier endeavour due to its distance from Moscow and the presence of many American allies in the region, notably neighbouring Colombia. From a strategic standpoint, Russia would appear to be at a disadvantage were it to choose to further entangle itself in domestic Venezuelan affairs.

The US already announced sanctions on the state-run oil company PDVSA and Bolton appears worried about Cuban and Iranian influence further reaching Venezuela. Venezuela has been penetrated repeatedly by Iran, Russia and other hostile powers as a means to obtain influence in the Americas, and the nation has a history of strong anti-American leaders.

At a time when President Trump seems to be pursuing a foreign policy that aligns with the Kremlin on everything from ISIS to Ukraine and NATO, Venezuela is emerging as a significant point of confrontation. It remains to be seen how far Trump is willing to diverge from Putin on this issue. His foreign policy team led by John Bolton, Secretary of State Mike Pompeo and Vice President Pence are eager to make Venezuela a priority for US national security.

The foreign policy arguments from Moscow and Washington are also reminiscent of previous battles over Yugoslavia in 1999, Iraq in 2003 and Libya in 2011. All three of those battles, either led by NATO or the US led to a deterioration in relations with Russia. Russia tends to support democratically elected and popular leaders in order to ensure stability, and views NATO bombing campaigns or military invasions as a violation of state sovereignty in support of regime change, particularly if they occur without UN Security Council approval. If the US invaded Venezuela or took a more active role in fomenting unrest, it would undoubtedly cause a serious rift with Moscow, regardless of how close President Trump and Putin may be.

Ever since the Monroe Doctrine was issued in 1823, the United States has considered Latin America to be within its sphere of influence, similar to how Ukraine and Eastern Europe is viewed by Moscow. In the 20th century, this led to a series of interventions both overtly and covertly in states such as Panama, Nicaragua, Guatemala, among others. The idea of regime change in Latin America with the goal of installing US-friendly leaders who are not aligned with Russia is nothing new.

Venezuela is notable for its larger population, oil reserves and socialist political system which is a frequent target amongst neoconservative policymakers such as John Bolton and members of the George W. Bush administration. The nation is also used by Republicans in domestic politics as an example of what social democrats and progressives envision for the future of the United States if they return to power. In that case, it is also important that events in Venezuela move in the US’ direction in order to shore up more support for the President.

In short, Venezuela occupies a strategic space for the US in both domestic and foreign policy, and this coupling risks transforming the response to the threat into political rather than security terms. US military intervention may not be imminent, as John Bolton says, but Venezuela is an important case study for both domestic political consumption and foreign policy dating back decades. Using those metrics, the risks of a response from Washington are great, and it is likely that Venezuela will remain at the forefront of the Trump administration’s agenda in Latin America.