The cult of politics and business 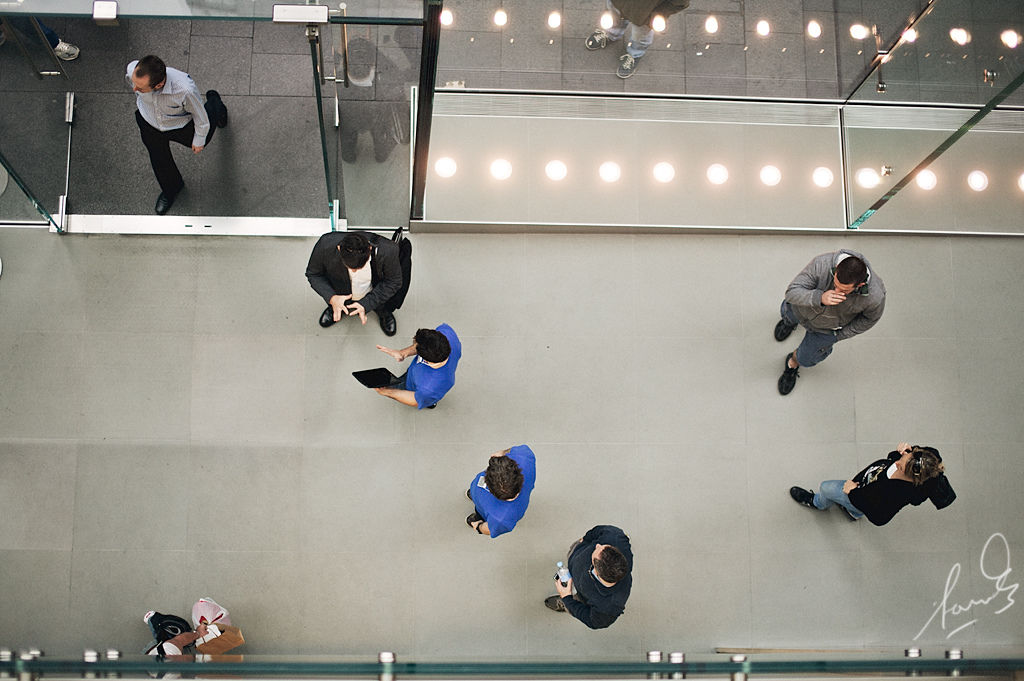 When things become dire, it’s tempting to look for cults to provide the solution in politics, just like in business. The Daily Devil’s Dictionary explains.

Secular Western society has demonstrated its ingenuity by producing new types of cults that have little to do with religious belief. The world of entertainment spawns cults around personalities such as Elvis Presley and Michael Jackson. Deceased blonde women — Marilyn Monroe and Princess Diana — have proved particularly amenable to the creation of cults. And didn’t Justin Bieber encourage his followers to become “Beliebers”?

Then there’s the worlds of business and politics. In the past, the word “cult” described a religion or a community of people outside the mainstream, united by their religious beliefs and rituals. But in the consumer society and the latest version of marketing-based democracy, cult has taken on a different meaning.

Reviewing the methods of manipulation that Steve Jobs used to achieve the resounding success of Apple and Pixar, Business Insider bundles them all together to arrive at this conclusion: “Each one of these individual decisions could be considered nitpicks, but when put all together, Apple created a cult-like following unlike any other.”

The author of the article treats the idea of creating “a cult-like following” with unmitigated approval.

The ultimate and usually unattainable goal of modern marketing geniuses. The most efficient way of achieving the capitalist ideal of monopoly without having to prevent competitors from entering the marketplace.

The URL address of this article contains this phrase “steve-jobs-guide-to-getting-what-you-want.” In other words, this is a self-help article intended to provide the tips that will allow readers to duplicate the success everyone associates with Jobs.

Business Insider is one of a handful of serious online publications with a strong focus on economic topics that also provides high-quality coverage of international political and social news. For all its coldly reasoned analysis, the economic press has always had a soft spot for what some call “the cult of success,” a major component of the culture of modern capitalism.

In the first phase of capitalism, industrialists discovered the advantages of monopoly: having a captive public and the freedom to set prices as high as possible. This contradicted the textbook advantages of capitalism: the “law” stating that a competitive marketplace guarantees efficiency and fair pricing. In 1890, the US government began passing increasingly constraining legislation to prevent the existence of monopolies. As monopolies began to be broken up, creative industrialists and financiers had to find other ways of avoiding the effects of competition and ensuring their access to a captive public and control of pricing.

One solution is size alone, coupled with financial clout. Mammoth companies have ways of controlling the competition, even while allowing it to exist. The most rewarding strategy, but the hardest to achieve, is the creation of a cult following, a captive public whose growing enthusiasm as consumers will spread to other consumers.

This of course starts with branding, the key to producing customer loyalty. Durable brands reassure consumers. Rare, however, are the brands that achieve cult status. This requires the presence of a mythically charismatic personality. Apple is the prime example, thanks to the cult personality of Steve Jobs. Elon Musk is another. Bill Gates was there for a while, but he lacked the mythical magic of the design freaks, Jobs and Musk.

Many people in the business and financial community consider Jobs the ultimate hero, the example to emulate. They approve his entire pattern of behavior, even the traits that were morally suspect or actions that were downright reprehensible. Venture capitalists typically look for future leaders who think and act like Jobs.

Donald Trump realized that what works in entertainment and business may also work in politics. John F. Kennedy and Ronald Reagan marketed their image, but never sought to create a cult. The idea itself was considered undemocratic, worthy only of dictators such as Joseph Stalin and Mao Zedong. But with the growing existential insecurity of the United States and its doubts about its mission in the world, conditions have become propitious for willing dependence on a cult leader.

Columnist Chris Hedges reminds us that encouraging the notion of cult — however effective it may be for a firm like Apple’s sales — may not be the healthiest solution for society. Describing Trump’s successful takeover of US politics, Hedges writes: “Only when we recognize Trump as a cult leader, and many of those who support him as cult followers, will we understand where we are headed and how we must resist.”

Hedges cites the example of Jim Jones who, 40 years ago, led his 900-strong community first into a camp in the South American jungle and then into mass suicide. He cites a list of other examples of improvised religious gurus who mesmerized hordes of followers. Starting from a similar observation to that basketball coach and former player Steve Kerr implicitly made when he said “the country is broken,” Hedges reminds us that: “Cults are a product of social decay and despair, and our decay and despair are expanding, soon to explode in another financial crisis.”

Democrats are praying that the results of the 2018 midterm elections will somehow overturn the dire trend incarnated by Trump. Do they expect that their prayers can bring them together as a cult or do they imagine that, with a majority in Congress, the age of reasonableness in politics will return?