The Business of Terror Needs to Be Evaluated Like One Too

Dozens of new terrorist organizations emerge each year. Which ones will become most dangerous? A new tool gets at the answer using the same techniques that investors use to evaluate startups. 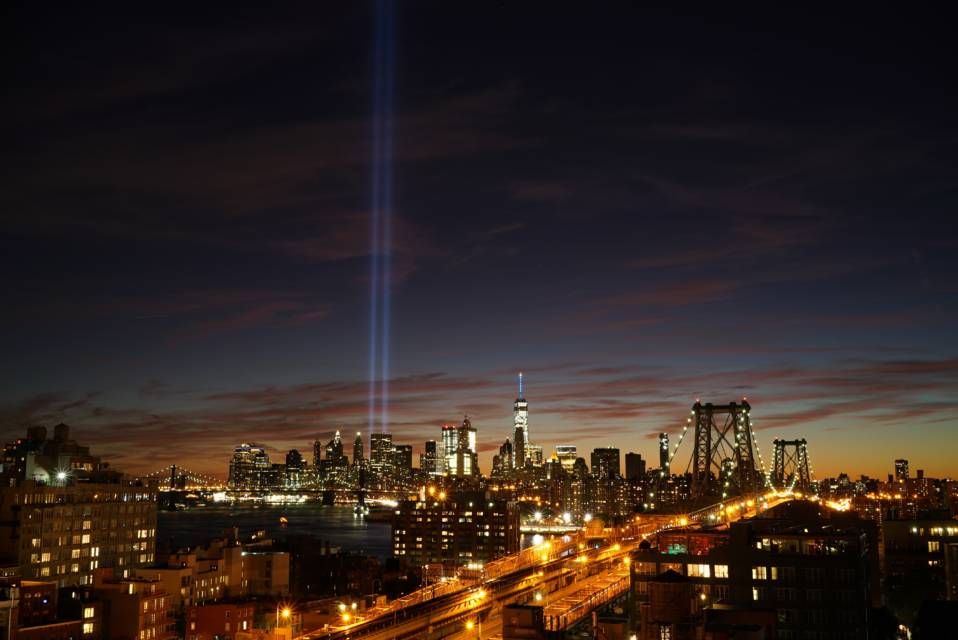 The number of terror attacks worldwide increased eightfold between 2000 and 2015. And the trend shows no sign of waning: each year, 61 new terrorist organizations emerge. Yet in the U.S., as in other countries, counterterrorism budgets have not kept pace. So how should agencies pick which groups to target with their scarce resources?

Currently, those decisions involve some guesswork, since there’s no sure way to tell which organizations will flame out and which will become the next ISIS or Ku Klux Klan.

A few years ago, Brian Uzzi realized that this guessing game was not so different from that faced by investors, who have to predict early on which companies are likely to succeed or fail. “I was thinking, ‘It’s too bad we can’t go back in time to when ISIS was a fledgling startup, knowing that this fledgling organization was going to turn into this extremely deadly force,’” says Uzzi, a professor of management and organizations at Kellogg.

That kind of prediction may now be possible.

A new study from the Kellogg School reveals that you don’t have to know much about a new terrorist organization to determine how dangerous it will become in the future. In fact, it’s possible to predict from a group’s first few attacks how lethal it will be over its lifetime. That could help countries target their limited counterterrorism resources more effectively.Add Insight
to your inbox.

How did Uzzi and his colleagues—Adam Pah, also from Kellogg, and Yang Yang of the Northwestern Institute on Complex Systems—gain such insight into terrorist groups? Rather than trying to understand the groups’ leadership structures or geopolitical contexts, as others have done, the researchers decided to look instead at their resources and capabilities.

With this novel approach, they realized, “we’d be able to do the same thing with terror organizations that venture capitalists had been doing for decades with startups out in Silicon Valley,” Uzzi says—that is, make accurate forecasts about which ones would be effective.

“We did a lot of fancy mathematics and analytics,” adds Pah. “But the idea is simple: think of these groups as traditional organizations that we know something about. That’s all we did. If you think about a problem in a new light, you can actually find meaning in something that was previously seen as intractable.”

Previous research hasn’t had much luck in predicting terror groups’ future lethality. At best, other models could predict the average lethality of a terrorist group in a given country—but such predictions only tell you so much, especially since terror organizations vary widely in how much violence they actually inflict. These methods were a far cry from predicting how dangerous an individual group may become.

The idea that one could solve this problem by studying terrorist organizations like companies came “all of a sudden, one of the times we were standing around the white board for hours,” Pah recalls. “The light bulb went on in all of our minds. ‘They’re organizations that commit horrific acts—but they’re organizations.’”

But figuring out how to study the business of terrorist groups proved to be the tricky part. There’s little information to go on: unlike corporations, terrorists don’t issue quarterly earnings reports or send out regular press releases.

What they do, however, is attempt deadly attacks—and these, at least, are well documented. So the researchers turned to the Global Terrorism Database, which provides information on the time, place, method, and lethality of attacks globally since 1970. They focused their attention on 342 terrorist groups that had survived for at least a year and committed at least 10 attacks—enough data to help them discern patterns.

“The question was, ‘Well, how do we work backwards from what we can see to infer something about what’s going on to generate that behavior?’” explains Pah.

Which Terror Groups Are Most Dangerous?

When investors are evaluating a company, they pay close attention to two key aspects of the business: resources and capabilities. Resources, which tend to fluctuate over time, include things like cash flow and staffing levels. Capabilities remain stable and refer to areas of expertise or technological skill—for example, YouTube has a capability in video recommendation.

Both resources and capabilities have been shown to correlate with companies’ success. So if you can calculate those factors, “then you’ve got a pretty good prediction about the lifetime effectiveness of an organization, whether it’s a business organization or a terror organization,” says Uzzi.

And fortunately, you don’t have to see a balance sheet to estimate an organization’s resources. Previous studies have shown that highly resourced companies tend to release new products at predictable intervals—think of Apple’s annual iPhone updates, or the new model of Honda Civic that comes out every year like clockwork. “If you have a constant flow of money, you begin to plan into the future on the best use of that money,” explains Uzzi. “And when you do that, you begin to plan when you’re going to put your products out.”

But when a company is struggling, updates and announcements tend to be erratic and unpredictable (think of the final months of MoviePass). “When product releases are haphazard and higgledy-piggledy in their timing, that usually means resources are running low,” Uzzi says. “Companies act very opportunistically, because it’s not worth planning. You don’t know what you’re going to have three months from now, so you might as well use it up now.”

“Our predictive model beat or significantly improved upon all the other models out there that we looked at.”

When the researchers examined the timing of terrorist attacks, they found an identical pattern at work: groups such as the Taliban whose attacks were regularly spaced tended to be more lethal, indicating that they likely had a larger war chest, while groups whose attacks were highly random were less dangerous, suggesting fewer resources.

Pah, Uzzi, and Yang used similar logic to estimate capabilities. Making large, highly lethal bombs is one capability; perpetrating knife attacks, which tend to kill fewer people, is another. Since capabilities—in this case, a group’s method of attack—don’t tend to change, the researchers reasoned that the number of fatalities from a group’s first attacks is a good indicator of how many people it may kill in the future.

So for each terrorist group in their dataset, the researchers first calculated the deadliness of their first five attacks. Then they compared the groups to one other in order to determine their relative lethality. This “allowed us to estimate whether they had powerful capabilities or relatively low-power capabilities,” Uzzi says—without needing to know the specifics of how they operate behind the scenes.

With these rough estimates of resources and capabilities in hand, the researchers created a mathematical model that allowed them to estimate from early attacks how lethal the groups would become.

It doesn’t take much input: the model can make highly accurate predictions from the timing and lethality level of just 10 attacks. Yet it was extraordinarily useful for predicting how lethal a terror group would eventually be.

“Basically, our predictive model beat or significantly improved upon all the other models out there that we looked at,” says Uzzi.

Quickly assessing how dangerous a terrorist organization will become has the potential to make a big difference. “The distribution of terrorist attacks isn’t normal at all,” says Uzzi, as some go on to claim many lives while others fade out without causing much damage.

Similarly, even different regional branches of the same organization, such as Al Qaeda, can have wildly different resources and capabilities, meaning their lethality varies widely.

Distinguishing the serious threats from the minor ones is vital information in a world where counterterrorism resources are scarce, “and getting scarcer all the time,” says Uzzi. “You really want to be able to direct them to where they’re going to do the most good.”

It’s possible that security agencies globally have more detailed attack data than is available publicly in the Global Terrorism Database; adding this classified information to the new model might yield even better and more precise predictions.

But by publishing their methodology, have the researchers given terrorist organizations a way to conceal their true potential—say, by making their attacks appear more erratic? Uzzi believes this to be unlikely. But even if terrorist groups do learn about the model and try to cover their tracks by making their attack schedules more random, “they’ll also undermine their ability to commit a destructive attack—because once you begin to do things more at random, the less effective you are in using your stable resources,” Uzzi says.

“So either way, it’s going to reduce the destructiveness of the organization.”