The business benefits of true-to-life role-playing

The extent to which we present our best self when interacting with other people is harder to do when the stakes are high, he says. This is especially important when the aim is to communicate or persuade effectively, in client or patient-based situations. 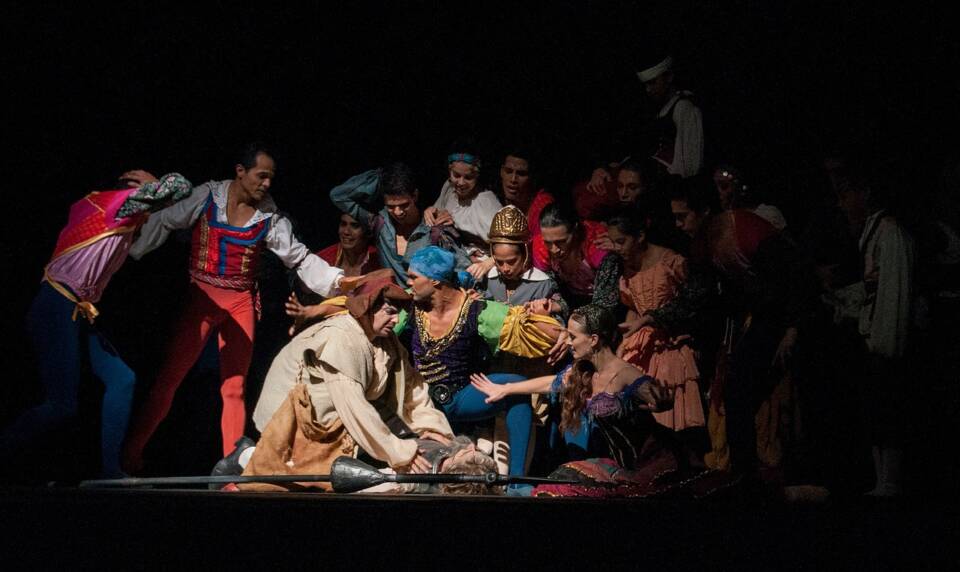 Former Neighbours actor Geoff Paine – he played Dr Clive Gibbons – has been in a lot more television than just the Ramsay Street soap, which finished up last month after nearly 40 years.

He was also in A Country Practice, The Flying Doctors, The Comedy Company, Blue Heelers and City Homicide, among many others, pretending to be someone else.

Now, for the Monash Sustainable Development Institute and BehaviourWorks Australia he runs training sessions, usually with executives or board members, using simulated scenarios aimed at addressing the communication and negotiation skills needed when dealing with difficult conversations. He once again pretends to be someone else.

“As an actor, I would say we all change ourselves all the time depending on the context that we’re in,” he says.

“If a cop pulls up beside us in the traffic we will physically change our behaviour, despite the fact that we’ve done nothing wrong. It will trigger a series of self-conscious behaviours. We become different people.”

The point here being that we present different versions of ourselves in different situations.

The extent to which we present our best self when interacting with other people is harder to do when the stakes are high, he says. This is especially important when the aim is to communicate or persuade effectively, in client or patient-based situations.

“It’s all part of the idea that you can be outside a situation and inside at exactly the same time.

“When we’re trapped in our own emotions is when we get 100% locked into a situation, when we are shocked or angry, or experiencing another overpowering emotion.

“As actors, we realise you can be outside yourself at the same time as you’re in; you can watch yourself, control your emotions, and be in much more control in the situation.”

Paine has also recently become a local government councillor for the Shire of Nillumbik in outer Melbourne. This can only add to his knowledge of the various shades of human behaviour.

A reliance on past experience

According to BehaviourWorks Australia’s Dr Filia Garivaldis, people on, say, corporate or government boards tend to rely on past experience.

“It could be argued that many of us get by in life the same way,” she says, “hoping our day-to-day experience builds up a strong bed of knowledge we can draw on. But this doesn’t always work, and when that lack of experience shows, it really shows.”

While communication training in organisations is common, the delivery and development of it using evidence-based simulation pedagogy, or teaching, is not.

As shown in the video below, simulation training creates a true-to-life learning environment so that people can practise.

“Recreating workplace experiences, such as having difficult conversations through simulation, enables deliberate and repeated practice to occur within a structured, controlled and safe environment,” Dr Garivaldis says.

“Simulation training is a highly engaging and interactive learning experience, and provides the opportunity to spend time on practise, receiving feedback, discussing scenarios and alternative courses of action, and building confidence.

“Attendees know that the conversations within the training are not real, but the situations presented are; this relevance enables genuine participation in learning.”

Taking it further, she says, is about embedding the idea in “robust and practical” educational frameworks.

“Monash University is home to international experts in using simulation for training, who have contributed significantly to the body of research, furthering and improving the use of simulation approaches.

“We benefit from their efforts to enhance the design and delivery of our own simulation, as an educational experience in a new context.”

One of the major projects using simulation that Paine has worked on for BehaviourWorks Australia was with 12 health service boards in Melbourne and wider Victoria, with a paper published in BMJ Open two years ago: “… research and inquiries after major health service failures have identified health service boards as an important influence on the quality of care in hospitals,” the paper says.

It found “initial evidence” that simulation-based training may “improve board meeting processes and increase board members’ skills and confidence in communicating during board meetings”, and that board members may have been helped to “better understand other people on their board [and increase] their ability to seek information in a tactful, respectful and effective manner”.

The project was led by Dr Nick Faulkner, a previous research fellow at BehaviourWorks Australia, and funded by the Victorian Managed Insurance Authority.

“Some of the issues with boards is that there can be a particularly powerful type of personality that dominates a board or prevents board members from asking the hard questions,” says Paine.

“In a medical or healthcare board, you can get a particular board member or a CEO that is the technocrat that drowns others in technical information; you can get the affable bully, the charmer that is vague, the garrulous old-timer who says, ‘Back in my day we did things differently’, or ‘You’re young’.

“There might be people who are condescending, or patriarchal. There’s a bunch of different things that can happen. People really enjoy getting me to invent the characters they have hated in the past. Or they say to me, ‘This is based on a real person I have to deal with’!”

Last year, for Monash University partner the McKinnon Institute for Political Leadership, Paine had some politicians gathered over Zoom for training. The simulation was more than a dozen political crises they had to react to and communicate effectively within.

He also worked with surgeons and other healthcare professionals, and is currently delivering simulation-based training within the disability sector.

He says that especially in healthcare the stakes are very high, and managers or board members carry much responsibility, which can explain behaviour ranging from obfuscation right through to outright toxicity.

“If a mistake is made, and people at this level know a mistake has been made, they can do what psychologists call the ‘sunk cost fallacy’, where they’ve made the decision and committed time or money to it and are loath to go back, bail on it, change it.

“These biases come into play. Have we over-committed? Have we made a mistake? Am I responsible for that mistake? How do I share that mistake when it’s easier to blur the lines about who’s responsible?’

In simulation training, he explains, the escalations in human behaviour range from mild to toxic, and he’s often asked, on a scale of one to 10, what a “10” looks like. Then he acts the part of a toxic 10 at a made-up board meeting.

“Even in that exaggerated form, most people would say, ‘I have seen people in real life behave that way’. I’m continually, as a performer and trainer, shocked when I try to exaggerate something, and someone says they’ve seen worse.”