The brutally honest guide to a career in tech journalism

Some frank advice from a veteran tech journalist for aspiring rookies. 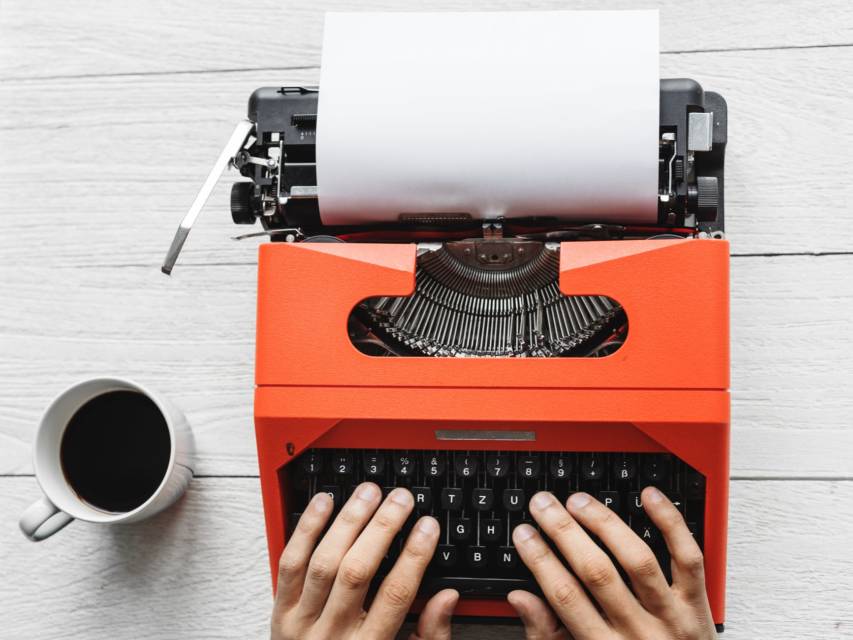 Tech journalism is often regarded as an exciting and attractive career. And you know what? It absolutely is. But it’s also a damn tough business to enter. Getting your foot in the door is hard. Making enough money to live is even harder.

Next month marks my third year at TNW. I’ve been working in tech journalism in some capacity for almost eight years now. And honestly? It’s been a wild ride.

From time to time, I receive emails from strangers asking how I got my job. I’m always happy to point them in the direction of TNW’s open vacancies, but I always feel like I could do more. So, here it is: all my tech journalism career advice, distilled into one simple blog post.

It helps to be a bit middle class

My first paycheck as a writer was $500. Not bad for a first commission from an otherwise unproven author. Still, for a long time, I struggled to turn writing into a career I could actually live off. It took me at least six years of grafting until I reached the point where I was earning a decent salary. One that could pay the bills.

The only reason why I was able to survive was because I’m lucky enough to have loving, caring parents who essentially subsidized my career in its early stages. I didn’t pay rent, or for food. I didn’t pay utilities. If it wasn’t for them, I probably wouldn’t be writing this right now. I’d be working in the tech industry, making use of my Computer Science degree.

I just want to say that again: I’m lucky. This is a competitive industry, but the real barrier to entry isn’t getting commissions or finding work; it’s having enough money to see you through the difficult first years.

If you don’t mind me getting on my soapbox for a bit, I’d even argue that the journalism industry is inherently stacked against working class people. Those of us who are lucky enough to have a job in the field have a duty to lower that barrier to entry, by mentoring aspiring journalists (and, crucially, teaching them about the fiscal value of their work) and fighting against the unfair and exploitative practice of unpaid internships.

I want to make something clear: In this section, I’m talking specifically about the technology journalism industry. Things might be a little bit different in other sectors.

I could be wrong, but I don’t think I’ve ever worked alongside someone with a journalism degree. I’ve worked with (and, for that matter, under) my share of high school drop-outs. Alejandro, our editor-in-chief, has a Physics degree. My colleague Tristan served in the U.S. Navy for a decade, during which he obtained a degree in psychology.

While they probably don’t know how to write shorthand, their life experiences and education allow them to approach stories with a level of depth and insight that they would otherwise lack.

Technology journalism can be hard. I’m not just talking about the day-to-day grind of sourcing, researching, and writing stories.
There are a lot of niches that require deep understanding of a subject, and the ability to translate technical knowledge into a compelling narrative. If you enter this industry already bestowed with that knowledge, you give yourself a massive advantage.

Get ready for some self-loathing

Every career is the same in one respect: at the start, you’re pretty crap. At one of my very first tech jobs, my colleagues gave me the nickname of Spoff (short for ‘single point of failure’) after I infamously nuked a production database.

Journalism is unique in the respect that your clumsy, inelegant early work is shared publicly. There’s a permanent record of your career growth. And while it’s sometimes good to see how you’ve developed as a writer, often you cringe.

This also means that when you make a mistake, it’s there for the world to see.

A particularly embarrassing incident happened to me earlier this year when, due to a CMS error, I accidentally published a news announcement from GitHub two days before the embargo date.

My apologies to everyone at GitHub who are presently trying to launch the free private repos feature one day early because I screwed up.

That particular SNAFU ended up on the frontpage of Reddit and Hacker News. My phone vibrated every other minute with GitHub’s representatives calling to yell at me.

People were upset. It was embarrassing. I’d had better days. Github still hasn’t forgave me.

Another thing: journalism doesn’t exist in a vacuum. Anything you write will be seen by other people, and they’ll have opinions. Sometimes they’re good. Sometimes, they aren’t. Hate mail is an inevitable part of the job, and if you want a career in this industry, you’ll need thick skin and a good sense of humor.

Remember you’re standing on the shoulders of giants

Last week, I was in Toronto, Canada. Although I was ostensibly there for Shopify’s annual developer conference, I made an effort to meet up with a former colleague of mine, Erez Zuckerman. If you want to know who is to blame for me having a job in this industry, it’s him.

If you ever wanted to know who is to blame for me having a career in tech journalism, it’s this guy, who took a punt on me eight years ago, even though I had no experience.

Thank you @the_ezuk. I owe you more than you know.

Zuckerman took a chance on me when I was 21 and had zero experience writing professionally. A few months after my first commission, he landed me my first regular job, writing how-to guides for MakeUseOf.

Three years later, Bryan Clark, who is now our Managing Editor, recommended me for a position at TNW. I did a trial month, and for some reason I’m yet to discern why, Boris, our CEO, liked me and offered me a full-time role as a staff journalist.

I worked hard, but I wouldn’t be anywhere if not for the fact that people placed their faith in me. That’s no small thing, and the best way to honor that trust is to pay it forward. That’s something I’ve resolved to do.

Don’t get too comfortable

Technology journalism is a young person’s game. I don’t say that because I’m ageist. I say that because at one point, you’re going to want to own your own house, start a family, and have enough money to buy name-brand groceries.

The ailing journalism industry isn’t really a place to start a long-term career. It’s unstable, and quite often, the pay is abysmal. That’s partly why there aren’t too many old technology journalists. They exist, certainly, but they’re the exception, not the rule.

The good news is that working in journalism gives you skills that can be applied in other fields. Many technology journalists ultimately end up working in PR and communications, where they can double – if not triple – their salaries. Many decide to work for technology companies churning out copy, in turn helping to develop the brand. And some even choose to teach!

This is an unavoidable part of the technology journalism career cycle, and it’s not to be feared, but rather embraced. You get a pay rise, and in turn you make room for someone else.

This is my last bit of advice. Working in this industry is nothing short of a privilege. Believe me, I know how lucky I am.

Working in technology journalism often feels like being the dumbest person in the room. On a daily basis, I speak to scientists, PHDs, and industry experts. I have almost unlimited access to the world’s most brilliant minds, and I get to learn about things before anyone else.

I’ve also accumulated some awesome stories along the way.

Like the time when I broke into a conference by pretending to be the 16th richest man in Australia. Or the time I almost killed one of Porsche’s PR people on a trip to Austria, largely because I’m a terrible (and inexperienced) driver, but also partially because they thought it’d be a good idea to put me behind the wheel of a Macan GTS.

Thanks to this job, I’ve seen more of the world than I ever thought I would. I’ve driven Ferraris and Lamborghinis. I’ve met some damn smart people. And I’ve drank so much, I’m certain my liver will never recover.

Tech journalism is a hard slog, don’t get me wrong. But if you’re not having fun, you’re doing it wrong.