A relic of the colonial past, cricket in India has taken a life and identity of its own. In a cricket-frenzy nation, cricketers often attain celebrity status and command a cult following. The country has an ardent and, at times, fanatic fan base with thousands thronging to the stadiums to watch their favorite players weave magic on the pitch. 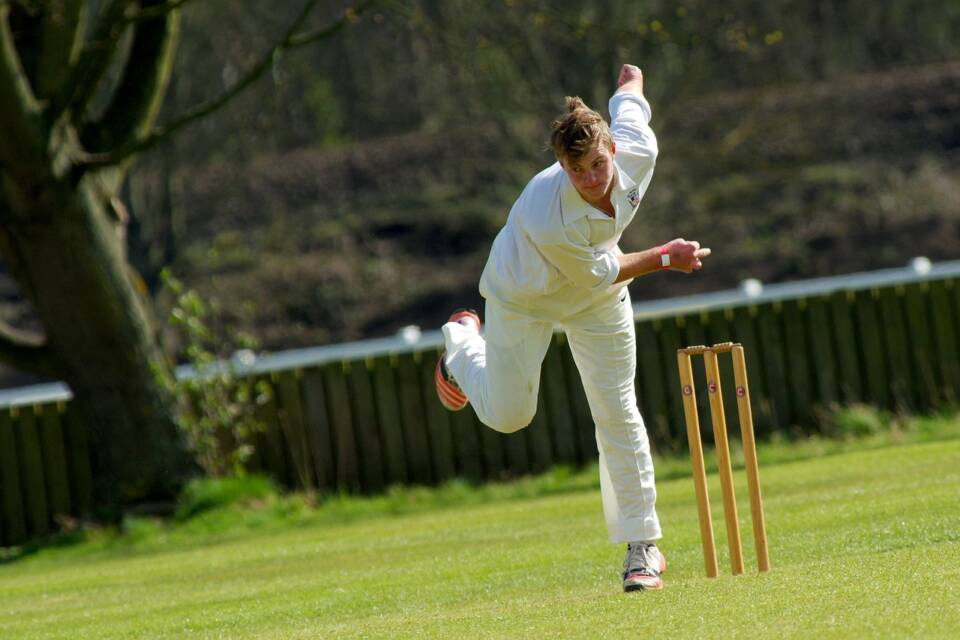 An omnipresent sight in India’s home games is Sudhir Kumar Chaudhary, painted in the tri-colours of India and vigorously waving the Indian flag. The ongoing leagues are a lucrative business empire and is one of the most followed sporting leagues in the world. A sport that marries technique, perseverance and athleticism, cricket is the ‘gentleman’s game.’

However, an oft overlooked aspect of the game is the physical demands and toll that it takes on the players. Unlike contact sports such as boxing, rugby, football etc. Cricket is generally perceived as a ‘safer’ sport. And this notion is unfounded and reeks of ignorance.

A multitude of injuries plague the cricketer with shoulders, back, hands and arms being particularly vulnerable. And it is the pacy, devastating bowlers that suffer the brunt of injuries associated with the sport. The long run up, the rapid, cyclical arm movement and the swinging of the wrists is a potent concoction for a myriad of injuries affecting the back, sides, arms and wrists of the fast bowler.

Bowling legends such as Dale Steyn, Shane Bond, Dennis Lillee have all been victims of recurrent, debilitating injuries throughout their careers.

Several studies have described the characteristics of cricket‐related injuries at the level of elite competition. In general, injuries to the upper limb account for between 25% and 32% of all injuries.

Such injuries occur particularly in fielders (26%). Data from India concerning the incidence of upper limb injury in cricketers indicated a rate of 1.24 per 10,000 hours of play.

As mentioned above, the injuries afflicting the bowler and cricketers are multifarious. A brief overview is presented below:

Fast bowlers have a high incidence of serious lumbar spine injuries, such as lesions in the pars interarticularis. More specifically, spondylolysis, a stress fracture occurring at the pars interarticularis, the vulnerable pivot between the vertebral body and the posterior apophyseal joints, represents a serious threat to their careers.  It has been reported that a force of 8-10 times body weight is transmitted through the body at the front foot landing of the delivery stride.

This, combined with extremes of lumbar range of movement, including extension, rotation and lateral flexion, puts the lumbar spine at risk of injury. Hereditary factors, incorrect bowling technique, poor preparation and repetitive stress all play a part as reported by  Corrigan in his study of Cricket injuries.

Compared with the 6%–7% prevalence of lumbar spondylolysis in the general male population, a prospective study of fast bowlers specifically reported an incidence of 24%. In cricketers, this condition usually presents with mechanical low back pain. The pain is typical, occurring initially after bowling, then earlier during spells from bowling until the bowler is unable to bowl at all.

According to Brett Harrop, these injuries tend to occur on the non-bowling arm side of the lower back and are typically due to technique errors (such as a ‘mixed bowling action’ or excessive ‘counter rotation’) and/or excessive bowling workloads. In the older fast bowler, however, degenerative lumbar injuries tend to occur more commonly, usually affecting the lumbar discs. Other common injuries to affect fast bowlers are side strains, posterior ankle impingement, and patellar tendinopathy.

In cricket, fast bowling involves many sudden, explosive movements and rapid changes of direction; these can result in hamstring strains. Tearing of the hamstring muscle (located at the back of the

thigh), typically following a sudden acceleration or deceleration movement whilst running at high speed (such as during the fast-bowling run-up or delivery stride) is all too common. A sudden, localised pain is usually experienced at the back of the thigh and there is typically pain on firmly touching the affected region of muscle and often pain on attempting to run or bend forwards.

A condition characterized by tissue damage and degeneration to the patella tendon resulting in pain at the front of the knee just below the knee cap. Typically an overuse injury, resulting from repetitive fast bowling (affecting the front knee of the bowling action), running, jumping, squatting or lunging activities. Pain is usually experienced on firmly touching the patella tendon and swelling or puffiness may be present. Pain usually increases when performing a single leg squat, hopping or walking down hills or stairs.

Epidemiologic studies of cricket injuries have established that 11% of injuries afflicting fast bowlers involve the foot and ankle, no distinction having been made between the forefoot and hindfoot. Biomechanical studies have shown that the forefoot is more prone to acute injuries during high peak sagittal moments during bowling, whereas the hindfoot may be more susceptible to overuse injuries such as lateral ankle instability. Smith reported a high incidence of posterior talar impingement in elite cricket bowlers; this injury is associated with application of rapid force and plantar flexion of the ankle during forefoot impact.

Pain in the Achilles region of the front foot of the bowling action due to compression or pinching of structures at the back of the ankle joint during the delivery stride. Pain is usually worse with activities involving maximal ankle plantarflexion (downward pointing of the ankle  often in combination with weight bearing forces (such as the delivery stride of bowling, kicking a football and performing a calf raise). A common injury to fast bowlers, gymnasts, ballet dancers and footballers.

Many papers on cricket injuries mention injuries to the lateral trunk muscles that can occur in bowlers. These injuries reportedly have a significant incidence and prevalence. They appear to be relatively unique to cricket bowlers although, anecdotally, similar injuries are said to occur in javelin throwers.

In all the pace bowlers studied, the injury occurred on the non‐bowling arm side as a result of the bowler’s non‐bowling arm being pulled down from a position of maximum elevation with some lateral trunk flexion during the final delivery action.

The tips of the lowest ribs can enlarge and rub against the pelvis during the delivery stride (bony impingement) or the soft tissue can get pinched between the two structures (soft tissue impingement). Occasionally, these injuries are true “side strains”, in which the muscle between the ribs tears. In all cases, the pain occurs in roughly the mid‐axillary line over one or more of the lowest four ribs.

Wrist tendonitis refers to the inflammation of one of the tendons of the wrist. It occurs when your tendons get irritated or suffer micro-tears. The excessive use of the wrist especially in swing bowling puts undue stress on the wrists. Wrist tendonitis often occurs where tendons cross each other or pass over a bony area. These are possible sites of irritation. Tendonitis usually affects one but it can involve two or more tendons. They can lead to pain when you move the wrist and the repetitive nature of bowling further aggravates the issues.

Catching with the wrong technique often results in broken fingers, with players playing with finger casts being a common sight in cricket. Diving to stop boundaries are also a common reason for finger injuries.

Rotator cuff injuries are also common amongst bowlers as well as fielders when throwing the ball towards the wickets. Excessive force needs to be generated while throwing the ball from the boundary and this puts significant strain upon the shoulder and leads to major shoulder injuries.

Dr. Vikas Gupta, denounces the hectic schedules of cricketers,“Provided there aren’t any broken bones, most cricket injuries simply require adequate rest. But the packed schedule often results in players continuing in case of minor injuries. However, a lack of rest and/or subsequent injuries in the yet to be healed muscles and tendons often exacerbates the condition. Injuries are further amplified and although the desire to play through the pain is commendable, it is a farce and proper rest should be the norm.”

The author is Director – Orthopaedics and Head – Hand & Shoulder Surgery, Max Hospital, Gurgaon & Max Smart Super Specialty Hospital, Saket. Views expressed are personal and do not reflect the official position or policy of the publication