The Ayodhya Verdict is Out: Time to Move On, Now?

The Ayodhya dispute verdict is a significant not only because it provides a sense of closure on a long-drawn-out issue, but because it comes at a time when India itself is in a state of flux,when it comes to inter-community dynamics, identity politics and the relationship between religion and the state 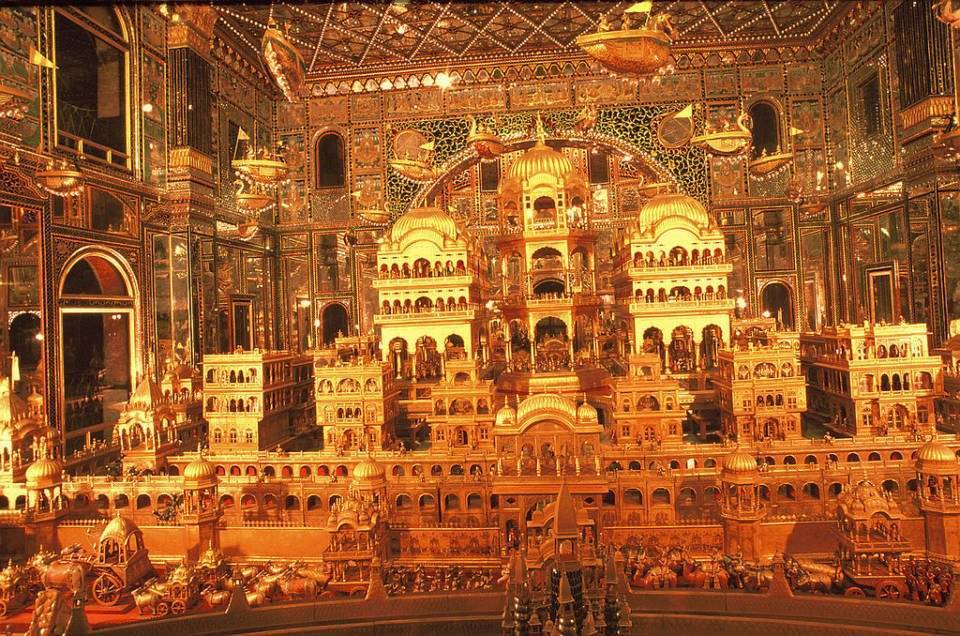 The centuries-old Ayodhya dispute has stifled and bolted political discourse in India to the regressive wall of hate and bigotry. It has limited the average citizen’s capacity to disassociate from the politics of religious difference. Secularism had almost turned into a hoax. Saturday’s verdict, however, may change something, if not everything.

On November 9, the 30th anniversary of the fall of the Berlin Wall, which left the world divided during the Cold War, India’s Supreme Court set its own benchmark for a radical stately overhaul. One of India’s oldest, most controversial and divisive land disputes was permanently inked with a “unanimous judgement” passed by a bench of five judges including the soon-to-retire Chief Justice of India, Ranjan Gogoi. The Ayodhya judgement, is monumental for many different reasons. Not in the least bit for the amount of violence and political rhetoric this quest for the sacred had imbibed over the course of its painfully long running history.

Ayodhya, had over time, come to be an icon for both India’s nervy disposition and irrational courage. No other conflict had after all, inspired as much passion as it has risked losing sight of its own inner self. Most reasons that qualify this judgement as a landmark are commemorative of this troubled past. There is one, however, that looks to the future. The Ayodhya judgement is not just a final settlement, it should also be looked at as a prodigious opportunity, an invitation to the head to finally take over from India’s heart.

On Saturday, the Supreme Court, in a lucid 1035-page long document swiftly worded its final judgement on the disputed 2.77 acres of land. CJI Gogoi summarised the lengthy document through a few crucial points. The disputed land will be handed over to the Centre to oversee the construction of a Ram temple. The apex court acknowledged that the demolition of the Babri Masjid in 1992 was indeed, illegal. It, however, dismissed the Sunni Waqf Board’s claim over the land and instead directed the government to allot the Board a prominent alternate site, the size of five acres, in Ayodhya, to build a mosque. “Faith is a matter for the individual believer… The value of a secular constitution lies in a tradition of equal deferencer,” the judgement said, indicating that secularism can only be maintained if faiths remain respectful of the customs and curiosities of other religions. It also dismissed the claim of the Nirmohi Akhara, the third party involved in the fight.

The Ayodhya dispute is 500 years old, having cycled front and back in time only to realise that it was perhaps interminable, and sadly, designed to be so. India can be translated once through its pre-modern configurations, but it can be interpreted a million ways through its faith. No one thread that is considered sacred, can pass through the needle of its social classes untouched. In such an environment, a disagreement between religions is often a disagreement between different interpretations of India. Naturally, Ayodhya has paid its price. It has stifled and bolted political discourse to the regressive wall of hate and bigotry. It has limited the average citizen’s capacity to disassociate from the politics of religious difference.

Saturday’s verdict, however, may change something, if not everything.

The court’s judgement was welcomed by a number of politicians, leaders, celebrities of both Hindu and Muslim faiths. And you don’t have to be a Modi supporter to acknowledge that the Prime Minister’s address to the nation hit the right note. He urged the people to shed “fear, bitterness, and negativity” for the sake of a new India.

Ayodhya has for too long been that conflicting narrative that has now been handed a belated, but undisputable end.

Similarly, the Sunni Waqf board, in a statement released after the verdict, declared that it would not repeal the verdict – the only resort it is left with. Thankfully, the Hindu right has also acted with restraint. RSS chief Mohan Bhagwat welcomed the verdict and though many believe that the judgement might have favoured the Hindus, the Sangh did not go chest-thumping about it. Instead Bhagwat said that RSS will steer clear of claims by other right-wing groups over Gyanvapi mosque in Varanasi that shares a boundary wall with the Kashi Vishwanath Temple, and the Shahi Idgah in Mathura, which is adjacent to the Krishna Janmabhoomi temple complex – basically controversies that can snowball into a future Ayodhya-like dispute.

It’s important then that we don’t use the Ayodhya verdict as a template to go back and try to change the past. As Shekhar Gupta says in his show Cut the Clutter, “India has a messy history. Now if you start using one thing as a precedent to target everything else that is seen as an injustice of history then there will be no end to trouble in the country.”

The good news is that, for now, most political parties unanimously welcomed the SC decision with little sign of dissent or disgruntlement, with a handful of exceptions. Even though the judgement is patchy or unconvincing in areas, especially in recusing Ram Lala Virajman from providing proof of the presence of a temple, like it asked of the Waqf Board, the verdict is, in its entirety, “positive for secularism and its future in the country” in the words of Board’s lawyer Zafaryab Jilani.

And therein lies that prospective yet potentially nation-altering opportunity – the chance to simply move on.

It’s harder said than done, obviously. To some this judgement, though comprehensive to an extent, remains bittersweet. Jilani himself said that the judgement was at least as a first impression “unsatisfying”. To many, who have lost blood and life in this struggle over the years, the subsequent erection of a grandiose temple may also eventually prove to be underwhelming. But there are lessons for everyone to learn. Some of us may embrace this judgement as a supplemented act of worship, others may quietly reject it as a bland, subversive act of pale injustice. Judgement, like law, after all is an interpretation, one that we must see through like a window, rather than look into like a mirror.

We are, quite naturally, bound to see dissimilar views, stories, and therefore endings. Ayodhya has for too long been that conflicting narrative that has now been handed a belated, but undisputable end. It may evoke different emotions, but its finality for once, should not be debated.

Subsequently, what can no longer be denied is that India has opened a new chapter. It can now move past the fence that its introspective abilities have sat on for years. Its heavy heart has been cleared of an immense burden. Moreover, its politics may now finally be rid of a poisonous thread that had repeatedly been tied around the throat of this country’s discourse.

That is, unless, we go looking for another Ayodhya to fight over for the next century or so. Only better sense and immediate concerns like health, education, jobs, economy and poverty should now take centre stage. India has, perhaps against its own worst intentions, been given the opportunity to collectively release a breath that it had held long enough to turn toxic. An India, after Ayodhya, must look past cynicism and pray that it overcomes challenges that await us. Be that prayer be made at a mandir or a masjid