The 7 Most Advanced Voice-Controlled Devices for Your Smart Home

There is a lot of new technology going into today’s homes and people are test driving their new gadgets. Voice-activated home devices are the next big thing. 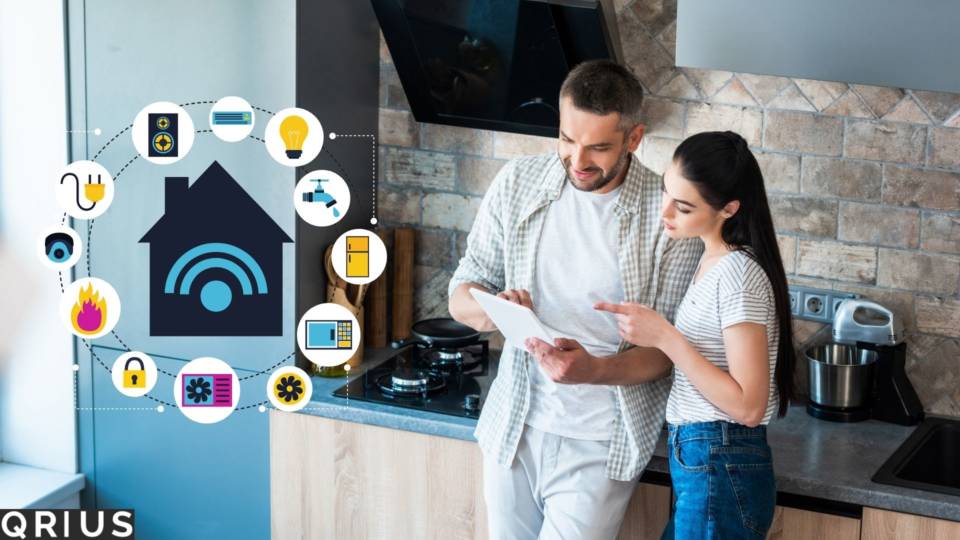 It is no surprise that when given the alternative between entering a search query on a cramped smartphone keypad or just expressing the request, individuals prefer the latter. Typing is more difficult than talking. It frees up hands for other activities like cooking or driving, and it works seven times quicker.

Voice control is not appropriate for every situation, but because speech is a natural human interface, devices with speech recognition capabilities are in high demand.

According to PwC research, 65 per cent of customers aged 25 to 49 talk to their voice-enabled gadgets regularly.

Transitioning from the more typical keyboard-and-mouse combination to just asking your phone to add apples and dish detergent to your shopping list might be a bit intimidating. However, widespread voice recognition technology has been under development for quite some time.

Voice-controlled gadgets are becoming more popular, resulting in more creative applications. Here, we look at some of the industries that voice recognition is redefining, as well as how developers design systems that are worth chatting to.

The most advanced Voice-controlled devices

The possibilities for voice-controlled technologies are endless. In the automobile sector, for example, in-car voice recognition systems have become a standard feature in almost all new vehicles, with their functionality chevalier.

In the academic world, about 80% of a child’s learning occurs visually throughout their first 12 years. Improving student learning requires immersing them in an interactive, voice-controlled learning environment.

Students may communicate their views by talking rather than typing or writing with Nuance’s Dragon Speech Recognition for Education.

Writing speeds of 100-130 words per minute are possible using dictation software. From academic research to media and marketing, this is something that can help all industries.

There are few things more aggravating than losing your TV remote control. Your show is over by the time you have rummaged through the sofa, upturned every book and magazine, and accused the dog of burying it in the garden.

As a result, smart TVs now have technology that allows users to control most features using their voice.

Samsung, for example, already sells TVs with voice control systems such as Alexa, Amazon, and Google Assistant, as well as their voice assistant, Bixby.

In addition to changing channels or searching for content, the voice assistant may also provide tailored suggestions, open applications, give helpful assistance, operate linked devices, and much more, depending on the settings.

A smart display, unlike a smart speaker, also offers an on-screen experience, substantially expanding its capabilities.

It may be used as a cloud-based digital photo frame or a PC dashboard, showing everything from recipes to YouTube videos, in addition to asking for news headlines and generating grocery lists.

Voice-controlled video games offer a variety of benefits to gamers, including improved usability for those with disabilities.

Gamers may get more engaged in the game by using speech to adjust the settings, give commands, and manage their character.

Even board games are participating. For example, one of the most popular board games in the world, Monopoly, now has a voice-activated version. Through an attentive top hat in the centre of the board, players just speak to interact with people, the bank, and more.

Artificial intelligence systems that imitate human voices and automatically integrate suitable replies, such as when a player talks to a character, are already in development.

Internal business systems, such as enterprise resource planning (ERP) and customer relationship management (CRM), and voice-first solutions for customers are likely to see speech technology incorporated. Indeed, because of the unique capabilities of voice commerce, companies may develop a completely new buying experience.

Using voice commands to browse and buy from online retailers is easier, faster, and more convenient. And it opens up a whole new level of personalisation and accessibility.

Some e-commerce firms have integrated well-known voice assistants that shoppers may utilise to speed up their checkout process.

Voice-activated light gadgets, like this one from Vocca. It allows you to turn lights on and off with the sound of your voice; no need to fuss with your smartphone; no need to aggressively clap or wave your hands dramatically.

There is no need for pricey software, and installation is limited to twisting the device into the socket. The gadget is an adaptor that may be plugged into any light socket. You may set up to five distinct words or instructions in any language using its companion smartphone app.

Similarly, you can manage your house ceiling fans without flicking a switch or flailing your arms around attempting to grasp the dangling string switches.

The Haiku fan has earned over 75 international design and technology awards for its unmatched engineering and efficiency.

Not to mention, the firm behind these clever fans is called ‘Big Ass Fans.’

Voice-activated gadgets may appear to be an unqualified boon. However, one thing is required for the technology to work: large-scale, multi-device compatible speech data sets.