The 13 most common blockchain myths explained

The potential applications of Blockchain are numerous: it is already being put to use in everything from transferring money and arranging gigs for musicians to fighting world hunger. 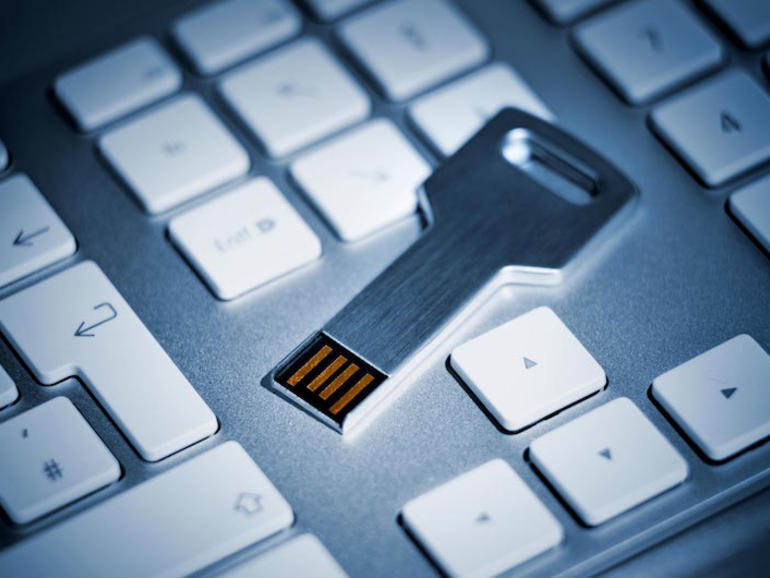 With every new technology, there is hype and there is reality. Binary District Journalattempts to separate the wheat from the chaff and put to rest the common myths surrounding blockchain.

Everyone and their grandmother has heard of blockchain technology by now — unless you’ve been living under a rock, that is. The best way to understand blockchain is to think about it as a collection of records, or as a sort of ledger which contains transactions (financial or otherwise).

Now here’s the twist: this ledger is shared between a network of computers and is updated and reconciled regularly. In other words, it is a distributed ledger. This is the essence of blockchain.

Blockchain technology came to prominence with the advent of Bitcoin in 2008 – the cryptocurrency credited to the mysterious Satoshi Nakamoto. The potential applications of  Blockchain are numerous: it is already being put to use in everything from transferring money and arranging gigs for musicians to fighting world hunger.

Myth 1. There is a singular blockchain

Considering the way blockchain is discussed, you’d be forgiven for assuming that there is only one blockchain. In fact, reading this article so far, you might have fallen under the same impression.

The reality is that there are numerous blockchains and each blockchain serves a different purpose. Blockchains can be open and public, or they can be privately run by enterprises or even individuals. The idea is to think in plural rather than singular.

This myth exists partially because of the media, which often talks about blockchain as if it were a computer program that everyone is using to do the same thing.

Myth 2. Blockchain is all about money

While it is true that the first blockchain was used for the digital currency Bitcoin, the potential of blockchain technology goes far beyond money and finance.

Today blockchains are being used to building services on smart contracts, digital identity solutions, cloud storage, voting systems, and even aircraft safety. The blockchain does not care what type of data is contained in the ledger, as it is effectively just a list of records.

The reason why many people think that blockchains are all about money is perhaps because Bitcoin is the most popular of all blockchains, and both the terms are used in close conjunction with each other.

Myth 3. Blockchain and Bitcoin are the same thing

This brings us to the common misconception that blockchain and Bitcoin are one and the same thing. While Bitcoin is a digital currency that is based on blockchain technology, it is not the same thing as blockchain.

There are many other blockchains out there like Ethereum, Waves, and Ripple. Each blockchain is conditioned for a different purpose. Bitcoin may have gotten there first but it is not the same thing as blockchain. If you think of blockchain as the base on which Bitcoin is built, you will get it right each time.

This myth is widespread because many people assume that Bitcoin Blockchain is the only blockchain, and that the two are interchangeable.

Myth 4. Blockchain is the solution to fraud

If a medicine promises to cure all diseases, you probably know it is not going to cure any. Blockchain has assumed an aura of being a security blanket of impenetrable goodness. It is touted as being the panacea for ills like hacking, identity theft, fraud etc.

Due to the very nature of the blockchain, anybody wanting to tamper with it would have to make changes to records which are stored on multiple computers, or use a lot of computing power to mine a new branch of the blockchain.

Having said that, there have been instances where vulnerabilities in a blockchain or a blockchain based system have been exploited. The Hong Kong-based exchange Bitfinex lost US$ 65 million in a hacking incident, then there is the well documented Decentralized Autonomous Organization (DAO) hack, which led to losses of US$ 60 million.

There is also an infamous group of hackers, known as the 51crew, who have attacked Shift and Krypton blockchain clones.

The reason why Blockchain is thought to be fraud-proof by many is perhaps that it is represented as immutable and completely safe by many of its proponents. This is nothing more than fanciful thinking.

Well sort of. As the DAO case demonstrated, Blockchains are open to exploits. In response to the hack, Ethereum conducted a fork to reverse the transactions; thereafter the digital currency split into two.

The Bitcoin blockchain also has its vulnerabilities. Anyone capable of gathering the mining resources can overwhelm and take control of the blockchain. All they would need is a mining capacity larger than that of the rest of the Bitcoin network. This type of attack is called a 51% attack.

Given the difficulty in gathering these resources and the expenses involved, it is unlikely that this could be carried out by an individual or a group. However, it is possible that a government could do this. In the case of mutable blockchains, transactions can be reversed if all participants agree. This element is particularly useful in private blockchains where consensus is easier to achieve.

The myth of blockchain’s immutability stems more from the ideological aspirations, of some people in the crypto community than actual facts. Code, as it turns out, is not law.

This depends. As of now blockchains still require multiple computers to run; and in the case of some Blockchains such as Bitcoin, the costs of mining is exorbitant. Computing power incurs real-world costs such as electricity, manpower, and infrastructure.

This is the reason why Bitcoin mining is mainly centered around countries with cheap hydroelectric power, cheap manpower, and cooler environs. An article on the website Techonomy.com proposed that “the key to getting beyond the cryptocurrency application is making the proof-of-work less expensive. If it were cheap enough, anybody could do it, and transactions of vanishingly small value could take place. For example, a high school could keep the official times of its track stars in a blockchain.”

Until this happens, it would be hard to argue that Blockchain is a suitable solution in all applications and for all people.

The popularity of this myth is likely due to the fact that the cost of sending funds from one part of the world to another, using Bitcoin or other digital currencies, is comparatively lower than traditional money transfer.

Myth 7. Only big companies can use blockchains

This may seemingly contradict the point above, but there is nothing to stop non-corporate users or small companies from taking advantage of the Blockchain.

Then there is Genecoin, which want to ‘back up’ DNA by putting a copy on a blockchain; and Filament, the IoT company who are using the blockchain to get your toasters talking to each other.

The good thing about blockchain is that it can be scaled to fit the needs of the user. Therefore a wide variety of individuals, groups, businesses and non-business users can take advantage of it.

The myth that blockchains are only for big businesses may stem from the fact that there are indeed many large companies that are working on blockchain projects, and this may create a certain impression.

Myth 8. You can store your Excel files on blockchains

Blockchains are not about data storage. Many people believe that it’s possible to store documents on a blockchain, but in reality, blockchains only contain the information that a specific document exists.

Data, such as documents or spreadsheets can be stored in data lakes, which can only be accessed by the owner of the documents.

Myth 9. All blockchains are public

It is true that some of the most well-known blockchains are public. However, blockchains can be public, private or semi-public. It is even possible to stack a private blockchain upon a public blockchain.

The reason why so many people think that all blockchains are public is probably that they are only considering cryptocurrency blockchains, which are largely public.

Myth 10. Only criminals use blockchains

Bitcoin, and in turn the Blockchain, has gained some notoriety as the currency of choice of online drug dealers — namely on the silk road marketplace. It has also been used in a number of ransomware attacks.

However, Bitcoin and other cryptocurrencies are also used for perfectly legitimate reasons. The Bitcoin blockchain has a public record of each transaction that takes place on it, so it is perhaps not the best currency to use for criminal activity. It would probably be better just to use cash for such purposes — not that we are encouraging you to start a career in crime.

It is vital to remember that like all other currencies Bitcoin is simply a way of exchanging value.

This myth largely exists because of the media frenzy surrounding the use of Bitcoin on the Silk Road and in other high profile cases.

Myth 11. Smart contracts are the same as legal contracts

Smart contracts perform certain actions when a condition is met. When combined with the Internet of Things, smart contracts assume even more value.

The confusion surrounding the legal weight of smart contracts undoubtedly comes from the use of the word ‘contract’.

In the case of public blockchains, there is a misconception that all your transactional details are out in the open and there is no privacy. Nothing could be further from the truth.

Compare this with your local financial institution that possibly has your entire life history and your family’s life history at their fingertips. They probably know more about your spending patterns and your assets and liabilities than you think they do.

The word ‘public’ in public blockchain is the reason why this myth is being propagated.

Myth 13. Blockchain is only a buzz

According to PriceWaterHouseCoopers expert Seamus Cushley, as reported by Silicon Republic, nearly US$ 1.4 billion was invested in blockchain technology in the 9 months preceding November 2016.

In this same piece, Seamus also asserted that “there is fringe experimentation going on but people are on a journey. They will move from fear to understanding and a respect for its potential, and they are in the latter phase of that journey.”

To say that Blockchain is only a buzz or a hype, would be unfair and inaccurate. Blockchain technology is evolving and its full potential is still to be realized, but we are well on our way.

The myth that Blockchain is merely a buzz or fad is certainly understandable. From time immemorial, the emergence of new technology has created the feeling of endless possibilities. We have been through a space age, a nuclear age, and dot-com bubble and now we are living in the blockchain revolution.