There are countless benefits of playing video games, which are often overlooked 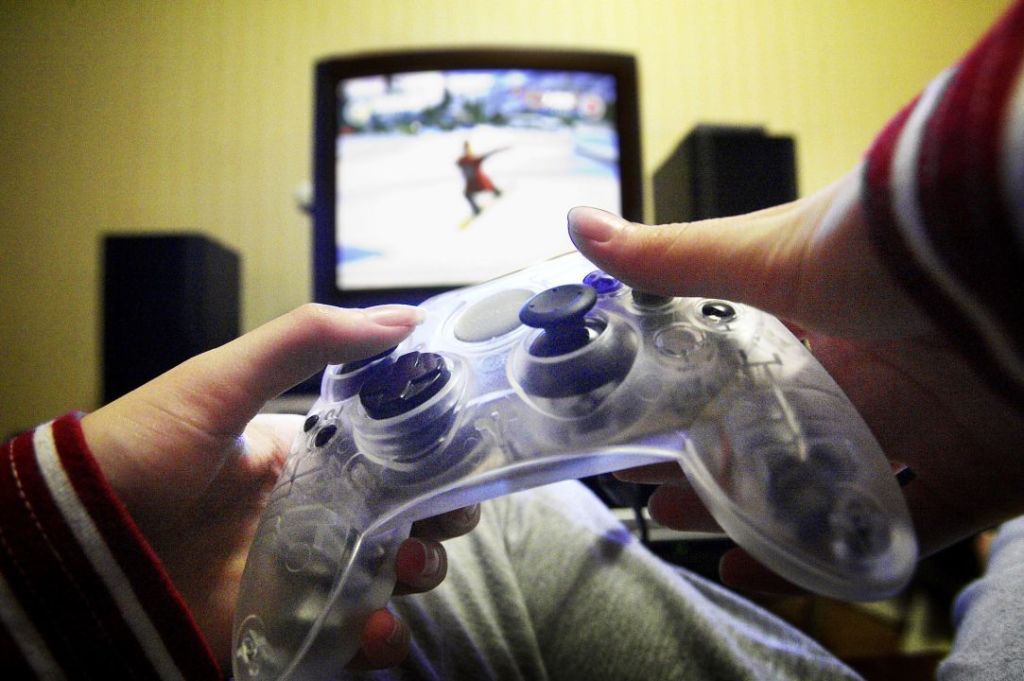 An average teenager spends around 10,000 hours playing video games before the age of 21. Credit: Wikimedia Commons.

I was having trouble explaining the concept of vectors to my cousin who is in middle school. Surprisingly, my sister, who was younger than him, came up with a simple solution. She made him play Luna’s wandering stars on our computer and the game not only taught him the basics of vectors but also developed his interest in space science. Now, he’s on his way to becoming an astrophysicist.

Whether you’re an avid gamer or only dabble into it once in a while, the charm of video games is undeniable. From improving our concentration to increasing our self-confidence, and at times helping develop our interest in career options we may have never considered otherwise, video games play a major role in our lives. Through video games, children develop hand-eye coordination and leadership skills in a virtual environment. While many argue that video games promote a passive lifestyle, preventing children from going outdoors to play, games like Pokémon Go offer a solution for that too.

An average teenager spends around 10,000 hours playing video games before the age of 21. This is equal to the time an average student spends in school from grade 5 throughout high school, given he/she attends every day.

Gamers are said to possess traits that help them perform tasks more efficiently compared to non-gamers. Jane McGonigal, a popular game designer, says that games like World of Warcraft have instilled in their players, four important skills, including helping develop self-motivation, social connections, productivity while providing a sense of fulfilment.

Gamers tend to have an extremely optimistic attitude even under stressful situations, in order to win. In the gaming world, there is no “failure”, which helps gamers develop self-motivation, which ultimately helps them tackle real-life problems with ease. Additionally, gaming also promotes trust and helps establish important social relationships. Zhenghua Yang, a game developer,  was diagnosed with a fatal blood disorder when he was 18. Playing League of Legends not only enabled him to forget about his condition momentarily but also helped him connect with fellow gamers who were in the medical field, which helped save his life.

Regardless of the difficulty level of the game, gamers truly enjoy their gaming time. According to research on an average, a World of Warcraft player spends around 22 hours per week gaming. When we translate these figures into the real-world getting such productive output is not possible, which is why several companies now give their employees a virtual gamer-environment in order to motivate them to do their work.

Finally, video games provide gamers with a sense of fulfilment, and inspires them to complete their “missions”. In order to find ways to do so gamers often brainstorm and analyse creative ways to tackle on public forums.

Other benefits of playing video games

Playing a game requires a lot of focus and determination, especially at the harder levels. All decisions have to be quick and greatly impact the outcome of the game, due to which gamers develop quick thinking skills, helping them be good decision makers even under pressure in real life.

Similarly, research shows that first-person shooter games like Call of Duty and Counter-Strike increase the visual attention skills required for driving and studying. They also improve hand-eye coordination and help players multitask effectively as they need to communicate with their team players and defeat the opponent simultaneously.

Additionally, puzzle games like Tetris improve focus and require strategic thinking, helping those who play it become better at problem-solving. Role-playing games like Witchers, Fallout and Dark Souls give gamers the freedom to develop their own storylines, this, prompting the development of creative thinking.

Video games are also often a source of entertainment and distraction for medical patients and can aid their recovery. A study conducted by the American Pain Society showcased that video games, especially those that incorporate 3D reality help in reducing physical pain. In 2013, a study published in Cell investigated the effect that playing action games, like Rayman Raving Rabbids helped dyslexic children read faster as they promote an environment that requires intense focus and quick adaptability.

Each and every online game provides positive feedback to players for accomplishing tasks, in the form of “strength level up,” “knowledge level up,” amongst several others, which help improve self-confidence and subsequent performance in the game. People do not really receive such positive feedback in real life upon completing tasks, and this inspired video game developers to make the game, Foldit. The game developed at the University of Washington’s Center for Game Science aimed to uncover the structure of the AIDS protein in monkeys so that researchers could start working on formulating a treatment. Scientists, who were brooding over the problem for over 10 years were surprised to see the outcome of the game, which helped uncover the structure in merely 10 days. This is one of the countless examples of the way games help solve real-world problems.

On the flipside, video games can induce aggressive behaviour and have adverse effects on health. While games like Pokémon Go promote some physical activity, such games are rare. However, the adverse health benefits of playing excessive video games can be negated by setting limits to time for playing video games.

However, at the end of the day, writing off video games as being a “distraction” and “unhealthy” and prohibiting children from playing them is not the solution. Clearly, video games can benefit both children and adults alike, however, monitoring their use, just like anything else is of utmost importance.

Akshaiyaa V S is an analyst at Qrius.