2017 has graced us with a plethora of unsavory individuals and businesses. All said, the ‘Biggest Tech Douchebag’ recipient was a bit tricky to pin down. 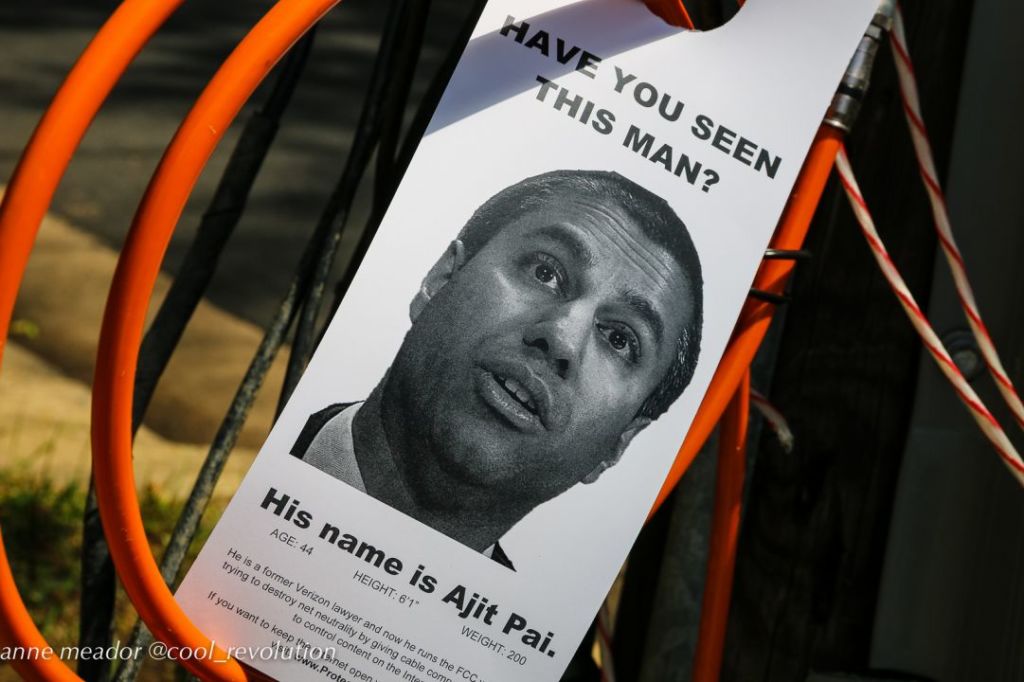 2017 has graced us with a plethora of unsavory individuals and businesses. In the span of 12 months, we’ve seen everything from misogyny to the US President’s Twitter handle being used to peddle goods.

All said, our second annual ‘Biggest Tech Douchebag’ recipient was a bit tricky to pin down.

Maybe it’s Facebook… After all, it didn’t take too long to go from “should the social media platform morally intervene” to “give us all your advertising money.”

As recently as September, the social media giant acknowledged $150,000 worth of political ads were purchased by fake accounts linked to Russia, including 470 accounts related to Russian propaganda group Internet Research Agency.

And despite what party you affiliate with, you couldn’t fault me if I’d chosen our dear President, the Commander in Deceit.

Now before you start calling me a snowflake, you should know that I’m a registered Independent, a proud military supporter, and was raised by party-line voting Republicans. I also understand that it’s more American to question the President than it is to blindly follow. He’s not Jesus…. Even if this guy would trust Trump over the Savior himself.

All that aside, you’d be hard-pressed to argue that the Trump-tastic Twitter tantrums are doing citizens any favors, but instead are an injustice to the greatest office in the land.

In fact, Trump is the definition of an internet troll – from retweeting anti-Muslim videos to calling Americans “haters and fools” – and that, my friends, is one of the greatest atrocities of 2017.

But it’s not the worst.

Venture Capitalists, CEOs, even a little company called Uber – it seems the entire tech industry is ripe with questions about influence, morals, and social responsibility within the trade.

The sexual assault and harassment allegedly running amuck in the tech-town sounds like a grand ‘ol scandal-fest on Santa’s sleigh:

You know Travis and Taylor and Will and Bob Scoble,
Caldbeck and Cagney and Duggan and McClure.
But do you recall,
The most famous tech-douchebag of all?

Well, it’s none other than Ajit Pai.

For those of you who don’t know (or for whatever reason, don’t care), Ajit Pai is Chairman of the US Federal Communications Commission.

Now he’s the first Indian American to hold that office, and that’s all well and good. And yes, he was appointed to the commission in 2012 by then-President Obama. However, it was in January of this year that Trump designated Pai as Chairman.

So why is Pai this year’s biggest tech douchebag?

This isn’t something as simple as letting ISPs self-govern. Nor, as some supporters of ending the Obama-era regulation claim, is it a wasteful oversight. Net Neutrality prevents ISPs from discriminating or charging differently by user, content, website, platform, application, type of attached equipment, or method of communication. It’s about fair rules that control access to the Internet.

Least we forget Comcast’s degradation of certain P2P sites including BitTorrent and ThePirateBay.

Fool me once, shame on you.
Fool me twice, I support Title II.

In fact, people don’t seem to complain about the other businesses – including broadband connections and cellular – also classified under Title II.

Additionally, the notion of “unfettered by State and Federal control” is a matter of timing and innovation.

As opposed to 1996 when the Telecommunications Act was crafted, ISPs are now also telecommunications providers. That means they are in charge of the cables, switches, DNS, etc. And that is exactly what Net Neutrality was created to oversee.

But what exactly is it about this big-mug lover that earns him the title?

We could start with how Pai left his post at the Department of Justice in 2001 to serve as Associate General Counsel at Verizon. There he handled competition matters, regulatory issues, and counseling of business units on broadband initiatives; earning life-long friends with the same people lobbying to remove Net Neutrality.

So he made friends at work? Big woo.

Remember former FCC Chairman Tom Wheeler? Probably not. Well, in 2010 concerns were raised that the former president and CEO of two major ISP-related organizations was biased towards profit-motives of ISPs. And what did he do as FCC Chairman? Leaked documents showed that, under Wheeler, ISPs were allowed to violate Net Neutrality principles including limiting access to certain content.

Oddly enough, even Wheeler has publicly disapproved of Pai’s plan.

Bottomline, Pai has enough friends at his beloved Verizon and other providers, he has no need to care about anyone else. And it shows.

On many occasions, Pai has said Net Neutrality advocates are “misinformed”.  As you can see in his videos, to him, NN supporters are simple-minded.

Just check out this YouTube video where he lists the most asinine reasons to not fear the ending of Net Neutrality – as though my biggest worry is that I won’t be able to “gram food” or shop for Christmas presents.

Speaking of, what about the sites I’m using to search for said presents? Because that’s actually what worries me. I, for one, would like access to any site – as I’m enjoying now – instead of being turned into a cash cow for Pai’s ISP-buddies to rob.

Pai has also responded to Net Neutrality challengers by launching misinformation campaigns including naming the act “Restoring Internet Freedom” and a speaking tour explaining why his policy is simply “media hysteria”. I promise you, it’s not.

But his condescending ways don’t stop there.

Two years ago it was public opinion that helped push the FCC to adopt Net Neutrality and the rules that prevent ISPs from blocking or throttling Internet content. As well from charging websites for priority lanes. This has all changed since Pai became Chairman.

A senior FCC official explained that the FCC would not be swayed by public opinion on the matter. That “the vast majority of comments… did not introduce new facts into the record or make serious legal arguments.”

Then there was the issue of too many exact comments that were simply pasted from NN-crusades made famous by celebrities including John Oliver and not from those educated on the subject. However, a broadband-funded study learned that 98.5 percent of comments supporting the current rules were unequivocally unique.

Compare that with the more than 58,000 comments supporting Pai’s plans to end Net Neutrality that were completely identical. Even more concerning is that it’s been found that the names and addresses attached to these comments were falsified.

And the text used in the copy/paste comments in question appears to have originated from the Center for Individual Freedom. This conservative advocacy group has received at least $80,000 in funding from the internet provider lobby group Internet and Television Association.

More importantly, however, is that the FCC did not take basic steps to prevent fraud or bogus comments. Thus allowing the docket to fill with trash and for Pai’s office to easily condemn comments as not being legitimate public opinion.

It’s for this reason – arrogantly ignoring the consumers he’s supposed to protect – that Ajit Pai is the 2017 Biggest Douchebag in Tech. Congrats.