Supreme Court: Sex work is a ‘profession,’ police must not abuse sex workers

Sex workers who are victims of sexual assault should be provided every facility including immediate medico-legal care, the Supreme Court has said. 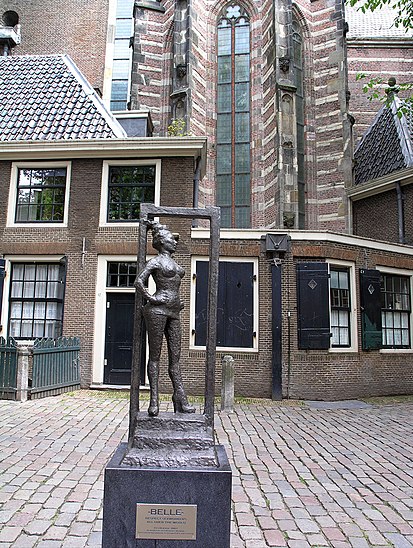 Bronze statue Belle in Amsterdam's red-light district De Wallen, in front of the Oude Kerk. It was unveiled in March 2007 with the inscription "Respect sex workers all over the world".

Recognising sex work as a ‘profession,’ the Supreme Court has said police should neither interfere nor take criminal action against adult and consenting sex workers, and also that sex workers that have been subjected to physical assault are well within their rights to be administered medical aid and legal representation.

In a significant order, the apex court observed that sex workers are entitled to dignity and equal protection under law.

‘It need not be gainsaid that notwithstanding the profession, every individual in this country has a right to a dignified life under Article 21 of the Constitution,’ the court observed.

‘Sex workers are entitled to equal protection of the law. Criminal law must apply equally in all cases, on the basis of ‘age’ and ‘consent’. When it is clear that the sex worker is an adult and is participating with consent, the police must refrain from interfering or taking any criminal action,’ a three-judge Bench led by Justice L. Nageswara Rao invoked special powers under Article 142 of the Constitution, to issue the directive.

The Bench also ordered sex workers be treated with dignity whenever there is a raid on any brothel, ‘since voluntary sex work is not illegal and only running the brothel is unlawful.’

A child of a sex worker should not be separated from the mother merely on the ground that she is in the sex trade.

‘Basic protection of human decency and dignity extends to sex workers and their children. In case the sex worker claims that he/she is her son/daughter, tests can be done to determine if the claim is correct and if so, the minor should not be forcibly separated,’ the court also noted.

The court ordered the police to not discriminate against sex workers, especially if the offence committed against them is of a sexual nature, owing to the nature of their profession. Sex workers who are victims of sexual assault should be provided every facility including immediate medico-legal care, same as any other citizen of the country.

‘It has been noticed that the attitude of the police to sex workers is often brutal and violent. It is as if they are a class whose rights are not recognized,’ the court said, calling for more sensitive conduct from law enforcement.

The court also laid out guidelines for the media’s role in issues involving sex work and sex workers, saying that the media should take ‘utmost care not to reveal the identities of sex workers, during arrest, raid and rescue operations, whether as victims or accused and not to publish or telecast any photos that would result in disclosure of such identities.’

Voyeurism is a criminal offence, the court reminded and the measures taken by sex workers, like the use of protection such as contraceptives that keep diseases at bay, should not be taken as ‘evidence’ of an ‘offence’ by the police.

The Centre and States must involve sex workers and/or their representatives to reform laws and empower the voices of people in the profession, the apex court suggested.