The SC disagreed with the RBI’s ‘one size fits all’ policy and struck down its February 12 circular on debt recovery. 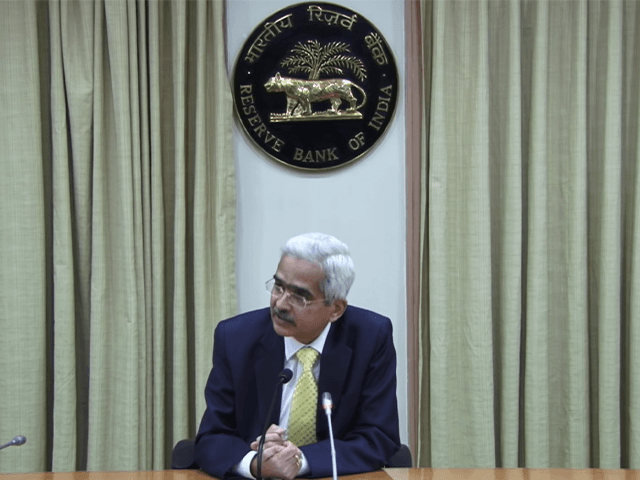 The Supreme Court (SC) has quashed the Reserve Bank of India’s (RBI) circular from February 12, 2018, on the resolution of stressed assets. Reports say that Indian banks are currently dealing with over Rs. 10 lakh crores in “stressed assets”, or defaulted loans borrowed by companies.

The notice came on the heels of banks finalising resolution plans for the “Dirty Dozen”, a list of 12 Indian companies that went bankrupt and qualified for immediate resolution.

However, the resolution process for these 12 companies has been long and tedious. Therefore, in an effort to warn banks and borrowers that they will be penalised for defaulting on loans, the RBI issued a controversial circular.

The SC said, “The current judgment impacts only those insolvency cases which were specifically referred under the circular. The corporate borrowers do not have a carte blanche to challenge reference to insolvency as a result of this judgment.”

This means that only companies impacted after the circular was dated are now free from any bankruptcy proceedings, but those whose resolutions plans were in effect before the date do not have the freedom to challenge the RBI.

What did the RBI circular say?

On February 12, the RBI circulated a notice mandating banks to consider companies as “stressed” if they defaulted on loans worth Rs. 2000 crore even by a single day. The circular was issued under Section 35AA of the RBI Act that deals with “stressed assets”.

In its order, RBI gave banks six months after the first day of default to formulate debt restructuring plans. If, within that period, no plan was finalised, companies had to file for bankruptcy under the Insolvency and Bankruptcy Code (IBC).

The resolution plans were to be vetted by at least two independent crediting agencies. The National Company Law Tribunal (NCLT) would also be involved in insolvency proceedings against the defaulting companies within 15 days of the six-month deadline.

The RBI was essentially criminalising defaulting companies that did not arrive at a resolution plan within six months. The order was to go into effect on March 1, 2018.  The RBI even asked lenders to share data on defaulters for its own central data system.

On Wednesday, April 3, a Supreme Court bench led by Justice Rohinton Nariman struck down the RBI circular and declared that it is unconstitutional in an 84-page judgment.

The top court said the RBI only had the power to use the Insolvency Code—Section 35AA—in this manner if the centre authorised it, and if it specified which businesses were to qualify.

As the RBI failed to do so, its circular was deemed unconstitutional.

The government said that it wanted to resolve indebtedness swiftly and efficiently. However, the court took issue with the ‘one size fits all’ perspective of the RBI and said that defaulters need to be treated on a case by case basis.

They blamed uncontrollable circumstances for defaulting on loans and took offence to the idea that they were “wilful defaulters” or lenders who had purposely neglected their responsibility to repay loans.

For example, power companies said the unavailability of coal and inefficiency of state governments made their defaulting on loans more likely than most.

The petitioners argued that the RBI’s order was a one-size-fit-all approach that was not nuanced. Moreover, they said that discretionary power was being taken away from banks.

The Supreme Court agreed with the petitioners and held the circular “ultra vires as a whole” meaning the RBI had exceeded its powers as prescribed in the constitution.

Impact of SC’s decision on the RBI circular

While the country needs a more nuanced policy, some say that the intent behind the RBI’s circular is correct.

Financial experts believe that Indian banks need to be more stringent with large borrowers hold them accountable without any delay. Moreover, others said that the SC judgment only takes issue with some clauses in the circular, not the entire document. Hence, the quashing feels premature.

CNBC TV said that the judgment is “bank credit negative”, meaning that if defaulters are forgiven for bad debt, banks are the ones at a loss without punitive powers.

However, SBI Chairman Rajnish Kumar disagreed and said that banks have their own resolution procedures in place and the “discipline in the borrowing and lending market is not getting disrupted in any manner”.

The channel also said that the concept of borrowers immediately informing the RBI of their defaulting is a good check and balance system that increases more information about the financial health of the country.

Now, the RBI can ask for a review from the SC on whether its circular can still work without the specific clauses that the court disagreed with. The apex bank can also not approach the SC at all.

Regardless of the outcome of this issue, there seems to be a generalised growth in the constructive dialogue on bankruptcy and holding entities accountable.

Recently, State Bank of India (SBI) and other lenders proposed a new plan to bail out Jet Airways, the country’s largest airline, from bankruptcy.

Moreover, the Enforcement Directorate is also involved in extradition proceedings against diamond trader Nirav Modi and businessman Vijay Mallya, both of who scammed the country of crores.