Supreme Court judges vs CJI Dipak Misra: What’s the fight all about 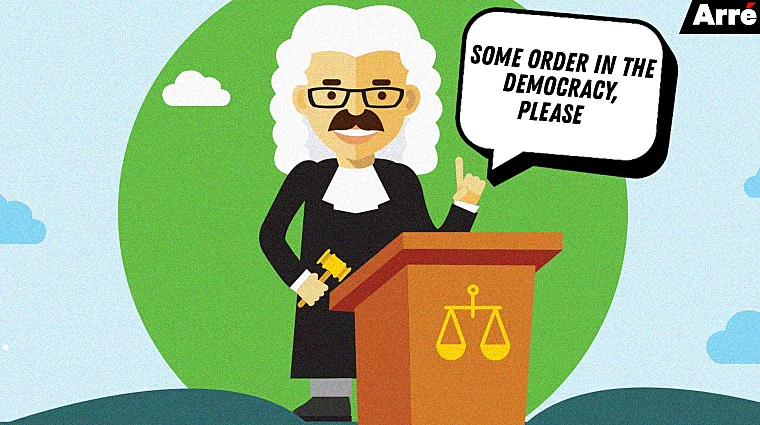 In an unprecedented press conference held on Friday, four Supreme Court judges led by Justice J Chelameswar complained against the Chief Justice of India, Dipak Misra. What does this say about the state of Indian judiciary?

Something is rotten in the state of the judiciary. After an unusually good run in the last few months, with judgments on triple talaq, the right to privacy, and the upcoming hearing on section 377, the Indian courts have shown us that it is now time for some introspection.

In an unprecedented press conference, four Supreme Court judges criticised the current state of the judiciary. They spoke about how CJI Misra had violated the conventions of the court in assigning cases to benches, including the Medical Council of India bribery case. Justice Chelameswar, the second senior-most judge in the Supreme Court, claimed that, “Unless the institution of Supreme Court is preserved, democracy won’t survive in this country.” Does Arnab, the highest authority in the country approve of Justice Chelameswar’s opinion?

But, really, what does the press conference say about the state of the Indian judiciary? And what do all the murmurs about the courts in the last few months mean?

Think of the Supreme Court as a school, where the Chief Justice is the principal and the other judges are the staff teachers. The students and parents are all of us, and there are a lot of naughty children. It’s basically a school like any other, full of noise and commotion. The teachers decide punishments for the mischievous kids, and sometimes they take their own sweet time. It could be a year, or 25. We live by the code of Indian Stretchable Time.

The principal is your typical strict and principled fellow (picture Amitabh Bachchan from Mohabbatein but milder), whose job is to ensure that the teachers and students are in line, and the school is being run in a fair manner. As it turns out, some of the teachers have issues with the principal and the way certain administrative procedures are being handled in the school. This is basically the Supreme Court’s Raj Aryan moment.

The group of teachers meet and decide to do what no one does in this day and age of Twitter and Snapchat. They write a letter. The group points out that the allotment of the teachers to certain classes was unfair and preferential. (How can Ms Rosy be the class teacher in the class where her son is studying?) The group also believes that the way the science and economic committees are being formed is not fair, with a few experienced teachers being left out on purpose in certain cases. They are also not happy with the way the school has dealt with a bullying incident where one of the teachers was harmed.

In a time when questioning the government is fraught with danger, the judiciary seems to be one of the few independent institutions in India. This is now a matter of national interest.

The disgruntled teachers submit the letter to the principal, hoping to sort these issues out. Like most letters, this one doesn’t get a reply either. Unfortunately, things don’t work out and there seems to be a complete breakdown of communication. (Thankfully though, the group of teachers doesn’t go and rant about it on Twitter like a certain American President). Eventually, the teachers decide to meet the parents directly, without the permission of the principal, and bring out the school administration problems in the parents-teachers meeting.

Once the issue is out in the open, it is time for India’s favourite pastime – for everyone to have an opinion. Some former teachers of the school laud the four teachers for having the courage to share their concerns openly. Not a given these days, what with the Karni Sena lurking around. Other teachers slam the group of four, saying that they should have consulted them and found the solution to the problem behind closed doors. Going public was uncalled for. Chaar log kya kahenge?

A school and a courtroom are similar, but not the same thing. The internal problems that the judges have spoken about, are a serious threat to the integrity of the judiciary, held in the highest regard. In a time when questioning the government is fraught with danger, the judiciary seems to be one of the few independent institutions in India. This is now a matter of national interest.

After all, whether the judges employed the right or the wrong means might be debatable. But what there’s isn’t a debate on, is that there’s something deeply wrong with the institution that we love and trust. And now everyone knows about it.