The Supreme Court on Monday cancelled bail granted to Ashish Mishra, son of Union Minister Ajay Mishra Teni, in the Lakhimpur Kheri violence case and asked him to surrender within a week 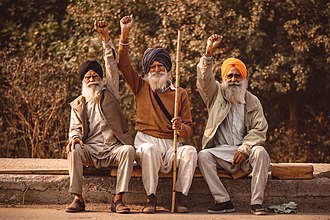 Ashish Mishra was released from jail in February following an order by the Allahabad High Court that granted him bail.

Eight people including four farmers died in the violence in Lakhimpur Kheri on October 3, 2020.

On that day, a convoy of three SUVs, including a Thar owned by Ashish Mishra’s father Union Minister Ajay Mishra, allegedly ran over a group of protesting farmers in Lakhimpur Kheri. Four farmers and a journalist were killed and several others were injured. In the violence that followed, two BJP workers and the driver of the Thar vehicle were killed.

After the SC cancelled the bail, the Congress hailed the decision and questioned when his father, MoS Ajay Mishra Teni would be terminated.