Stubble burning pushes Delhi’s air pollution levels through the roof! Here’s how bad it is

Delhi’s air quality levels took a turn for the worse. Stubble burning in neighbouring states on Thursday was the “largest-ever recorded” in 2018 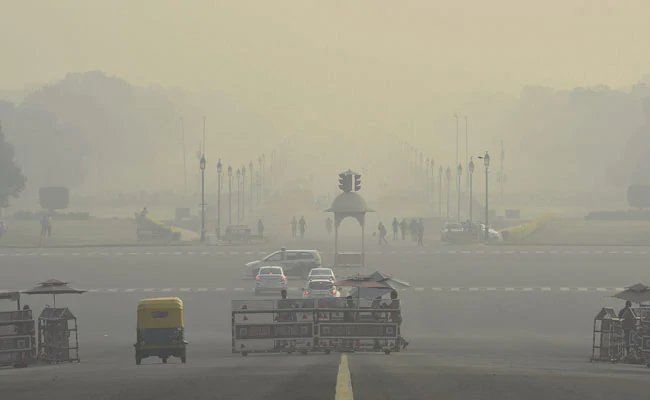 Delhi’s air quality levels took a turn for the worse. Stubble burning in neighbouring states on Thursday was the “largest-ever recorded” in 2018, and this could lead to a further deterioration in Delhi’s already “severe” air quality, a government-run agency said.

According to the Indian Institute of Tropical Meteorology (IITM), 2,100 fire counts were observed on Thursday over the north western region of India.

“It was the largest-ever recorded for this year. It was around four times higher than Wednesday,” IITM said. “The PM2.5 concentration is likely to increase again from Friday afternoon and may remain severe or severe-plus in Delhi-NCR till Sunday,” the organisation said, as per a PTI report.

The government-run System of Air Quality and Weather Forecasting And Research (SAFAR) also warned that Delhi’s air quality could remain in the severe category till Saturday as the toxic smoke from fireworks is likely to aggravate due to intensified stubble burning in neighbouring states.

Delhi’s air quality worsened throughout Thursday. A significant dip in air quality was noticed by evening as the city recorded its worst quality air of year the morning after Diwali.

In complete defiance of a Supreme Court order, people in several cities burst firecrackers until at least midnight – two hours after the 10 pm deadline. Stray incidents of firecracker burning were reported from several areas, including ITO, Mayur Vihar, Dilshad Garden, Shalimar Bagh, and Taimur Nagar, in the national capital on Thursday night.

Government-run agency SAFAR said that the city’s air quality could remain in the severe category till Saturday. This is mainly because the already toxic situation caused by smoke from fireworks is likely to aggravate further due to an increased amount of stubble burning in neighbouring states.

“Lot of moisture is already getting introduced in Delhi sky as an early signature. The withdrawal will bring even more moisture in the air and result in fall in temperature. Upper winds already turned north-westerly (stubble site) today. Only favourable thing is that upper wind speed is moderate and fire counts are low,” the official told PTI.

Why farmers do not quit stubble burning

Although famers in neighbouring regions have alternatives such as Happy Seeder, they seem reluctant to use it. Conceived by the Punjab Agricultural University, the Happy Seeder allows sowing without removing stubble. It has been touted to be the perfect replacement as it completely rules out the possibility of stubble burning.

However, many farmers do not wish to use Happy Seeder as they assume that it would generate a lower yield, thereby leaving them with huge losses. But the fear of a lower output has no factual or legitimate basis, according to experts in the field.

Doctors advise against going out

With the existence of stubble burning, industrial and vehicle emissions, and calm winds, a thick layer of toxic smog settled over Delhi on Saturday.

Concerned over the decreasing air quality levels, doctors have advised people suffering from breathing difficulties to avoid outdoor activities. They have also recommended that people use masks whenever they step out of their houses.

An improvement in Delhi’s air quality will be dependent on the wind, said SAFAR. The government-run agency said, “Delhi Air Quality has improved significantly since November 8 but the recovery is slow due to low surface wind speed and it continued to be in the Severe category. As per the satellite, heavy fire counts were recorded in the last 24 hour but presently the contribution of stubble fire emissions is marginal as upper winds are Northerly,” ANI reported.