Men are heroes in ‘Son Rise’, but real talk on gender crime is missing

Vibha Bakshi’s Son Rise, perhaps unwittingly, enforces the idea that women’s safety is dependent on the benevolence of men or the presence of male saviours––and this does serious injustice to the feminist cause. 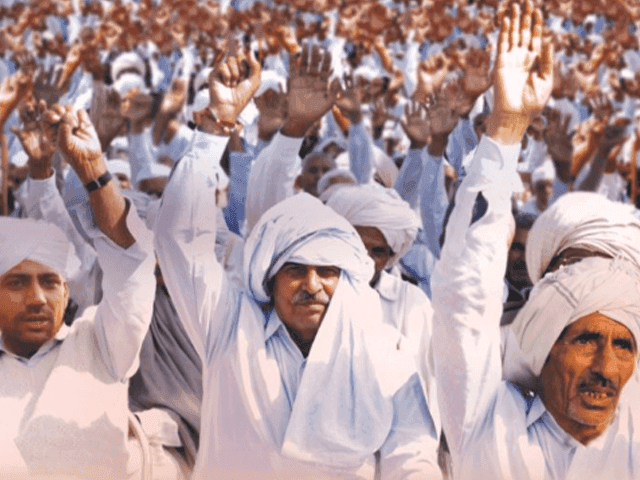 Son Rise enforces the idea that women’s safety is dependent on the benevolence of men––and this does serious injustice to the feminist cause. Credit: Twitter/SonRise

On Tuesday, February 19, National Award-winning director Vibha Bakshi debuted her latest documentary, Son Rise, on gender violence in India. Inspired by the He for She campaign, Bakshi conducted a series of interviews with men in Haryana on their efforts to curb crimes against women in Son Rise.

Although her documentary is being backed by UN Women India and has been hailed for discussing gender inequality in Haryana, it does little to explain the issue in a state where crime against women remains commonplace.

In late January, two men were arrested for murdering a 27-year-old woman for resisting rape. The incident took place in Jhajjar, a district in Haryana.

In early February, reports emerged that a 7-year-old child had been kidnapped and gangraped by three men in Chandigarh. They are currently absconding.

In the same month, Aarav Yadav, a Haryana resident, posed as an Uber driver and raped a 26-year-old woman in Greater Noida. Using the Uber credentials of Joginder, another man from Haryana, Yadav picked up the woman and assaulted her in the cab.

The National Crime Records Bureau (NCRB) found that in 2015, Haryana alone had a 75.5% rate of crimes against women. And together with Bihar, Kerala, Madhya Pradesh, Himachal Pradesh and Rajasthan, Haryana accounted for 92% of the country’s domestic violence cases.

That Haryana has a problem with violence against women is not unknown. However, little has been said as to why the state has some of the most disturbing statistics in the country.

Rooted in the illegal practice of female foeticide, India’s sex ratio is skewed and reflective of misogyny.

Bakshi’s Son Rise opens with a brief discussion on female foeticide in the state. An employee in a hospital in Haryana’s Kurukshetra said that doctors who are greedy for money perform gender reveals and abortions in secret.

The employee also lists the three main reasons for this practice: people do not want their land to be shared by the family their daughter will marry into, they do not want to pay dowry, and they worry about not having a son to light their funeral pyre.

Despite this, Son Rise does not delve into any of the reasons of female foeticide. Nor does it explain the extent of dowry deaths in the state—in 2015, Haryana recorded the second-highest rate.

Son Rise also does not mention the scale of the crackdown on sex determination tests by unethical doctors and untrained medical staff.

The Hindustan Times reported that in 2015, almost 550 FIRs were registered under the under the Pre-Conception and Pre-Natal Diagnostic Technique (PC&PNDT) Act and Medical Termination of Pregnancy (MTP) Act, resulting in 1,000 arrests.

To contextualise the imbalanced sex ratio, Bakshi interviews an “unmarried men union” whose members complain about the lack of marriageable women, in the process commodifying them.

In 2017, an Uttarakhand court stated that Haryana is notorious for human trafficking because it attempts to correct the skewed sex ratio. However, the interaction with Haryana’s disgruntled, unmarried union of men is the only mention of the state’s thriving trafficking trade.

Moreover, in 2018, the media reported that Haryana’s sex ratio was improving through law enforcement and awareness campaigns. But Bakshi’s film adheres to the narrative that the state’s low sex ratio is the cause of gender violence. It does not address the impact of a changing ratio.

Bakshi’s film notes that female foeticide prevails in the higher belts of Haryana, where people can afford prenatal care like ultrasounds and abortions. Haryana has the third highest income per capita in India, higher than the national average.

Challenging the film’s claim, The Wire mentions that higher levels of income likely deter crimes against women and encourage survivors to report gender violence. Bakshi’s documentary is devoid of this nuance and instead plugs the narrative that richer Haryanvi residents are more likely to commit female foeticide because they have the means to.

But, while Haryana might be reporting economic prosperity overall, it reels from high income inequality, especially in northern and western regions. Haryana’s Gini coefficient is an important signal of inequality as well.

The Gini coefficient is an indicator of economic inequality. On this scale, a value of zero means perfect equality and one means perfect inequality. Hence, the closer to one Haryana is, the more unequal income distribution is.

Son Rise does not address another glaring issue: unemployment in Haryana.

According to the World Bank, job creation is low in the state and participation of Haranyavi labourers in the workforce has dropped.

One might think that such a reduction in labour implies a corresponding increase in self employment or salaried jobs, but this is not the case. Salaried employees increased from 17% to 24% only, while the rates of casual wage and self-employed labourers decreased.

Another factor to keep in mind is the rise in employment of women, not just men. In India, only 31% of married women are employed, compared to 98% of married men. Moreover, 80% of these women earn in cash and 16% aren’t compensated at all.

The Wire reports that Muslim women enjoy higher levels of education and economic privilege than Hindu women. While Son Rise features women in Haryana’s Mewat district that has a 79% Muslim population, it offers no commentary on how religion might impact gender violence.

The film also does not address caste. The NCRB found that 33.2% of women from scheduled castes have experienced physical violence. Savita, a lawyer from Haryana, said, “I don’t agree that non-Dalit and Dalit women are the same… Caste makes a difference.”

When asked about her specific findings on the impact of caste on gender violence, Bakshi said, “The biggest was just the inequality between the man and the woman.”

Bakshi’s film also frames sexual assault as a crime perpetrated by strangers when, in fact, the Indian family is often a site of violence. In 2014, the NCRB found that 90% of rapes were committed by relatives, neighbours, and employers.

The National Family Health Survey (NFHS) 2015-16 also shows that 32% of Haryanvi women have experience spousal violence and 52% of women and 42% of men agree that wife beating is appropriate punishment.

When asked about the need for intersectionality, Bakshi said, “There were times when I was overwhelmed, times when I felt fear. But, one thing I realised is when you are making a film, leave your own prejudices behind… when i was interviewed the most influential khap leader of india, i realised my own prejudices were coming in the way of the interview… let’s stop judging.

Son Rise zeros in on the efforts of Bibipur Village Chief Sunil Jaglan who astutely notes that women being unaware of their rights and men being set in their ways is what perpetuates gender violence in Haryana. We also hear from lawyer Karuna Nundy who rightly talks about the importance of women seeking the protection of the law.

However, even if Indian women avail of their rights, Indian society adheres to the ideal of a united family, a mindset that often results in courts pressuring women to reconcile with abusive partners.

Bakshi’s film only follows one rape trial that ends in the release of the accused rapists and includes no insight on why it is so difficult to get a rape conviction in India. In 2016, of the 1,52,165 cases pending trial, only 4,739 ended in conviction.

Employment and income distribution may translate to social progress because of increased access to education, but factors such as alcohol and drug abuse, domestic violence, religion, caste, poor legal facilities, custodial rape, and lackadaisical law enforcement all work in tandem to hold up systematic gender violence—none of which Bakshi explores.

What do we do next

Son Rise discusses the lack of women in leadership positions, albeit ironically because most of the interviewees were men. But, the film still brings up the need for women to be a part of the decision making process and take up positions in governance.

Beyond tangible improvements in education, employment, healthcare, and legal facilities, narratives must change, as well.

Bakshi says “It is so important for men to be a part of the struggle… this is not a women’s fight, it’s a human rights fight”; and she’s right. Men need to realise that feminism combats toxic masculinity in all forms, not just for women.

The feminist movement encourages men to be emotional and soft, asks people to accept when men wish to pursue unconventional careers in the humanities and arts, and celebrates men choosing femininity, whether in behaviour or appearance.

Another important aspect of the feminist movement is being aware of one’s own caste and class privilege.

Bakshi’s films are self-funded. When asked whether her privileged status in society may cloud her perception of communities that she is very distanced from, she said, “I have been very, very fortunate because I’ve had the most incredible Bollywood film team work on my films and I truly cannot afford them.”

This response reveals the dangerous mindset of upper class and caste Indian feminists who fail to acknowledge how they benefits from systems of oppression. They also miss the nuances of various intersections that keep women subjugated—like Bakshi’s film did.

One of the most important elements of the feminist movement is passing the mic to marginalised communities so that they may speak for themselves. While Bakshi attempted to show that men are flag-bearers of feminism, she only featured two or three female voices from Haryana who were also singing praises of the male heroes in the community.

In doing this, Son Rise, perhaps unwittingly, enforces the idea that women’s safety is dependent on the benevolence of men or the presence of male saviours––and this does serious injustice to the feminist cause.

From being aware of the intersections in Indian society to giving up your privilege spaces so that marginalised communities may be able to voice their own demands and struggles, Indian feminism is complex.

Son Rise unfortunately fails to capture that nuance and promotes a one-dimensional version of female empowerment that is digestible and easily forgotten.