Skill development gets a major push in the Indian agriculture sector

The government looks to make the agriculture sector more organised by skill development and potential privatisation. 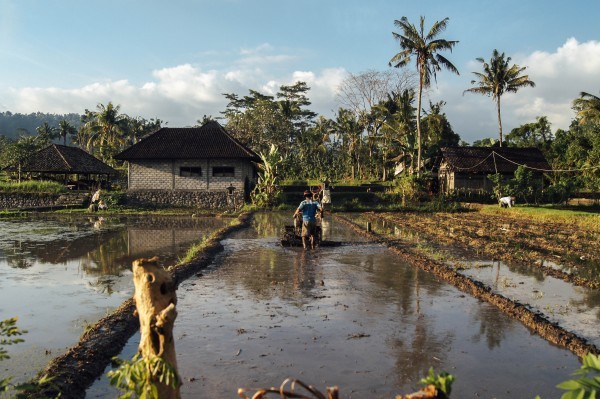 On 20th March 2018, the Ministries of Agriculture and Skill Development signed an agreement to conduct training programmes in farm and allied sectors at 690 Krishi Vigyan Kendras (KVKs) across the country. The Union Agriculture Minister said that this would be a step to intensify the pace of skill development in the nation by training the agricultural workforce.

As there is a limited number of agro-based industries in rural areas, there is an urgent need to increase the ratio of self-employment to employment. KVKs are agricultural extension centres created by the ICAR (Indian Council for Agricultural Research) and its affiliated institutions at the district level to provide various types of farm support to the agricultural sector. They provide several farm support activities such as dissemination of technology to farmers, training and awareness programmes among others.

Doubling the farmers’ income was one of the main targets enlisted in the Union Budget of 2018-19. This will be possible only when there is relevant skill enhancement to match the rapidly growing technological advances in the agriculture sector. The Union Minister also said that the government wants to develop agriculture as a private enterprise so that it attracts the youth of the country.

The agriculture sector in India

The agriculture sector has a pivotal role in the Indian economy. It is absolutely crucial for the GDP growth in India and also provides the principal means of livelihood for over 60 percent of India’s population. The share of agriculture in India’s GDP has been falling significantly with each passing year. Currently, it stands at 13.9 percent, as compared to the 50 percent that it used to be during the 1960s. To increase the productivity of agriculture, various reforms were brought in India by successive governments. Various reforms were proposed and few of them were implemented by the NITI Aayog.

The key proposals from the NITI Aayog under the agricultural marketing reforms include liberalising contract farming, allowing direct purchase from farmers by private players, allowing direct sale from farmers to consumers, providing a single trader licence to operate in the APMC (Agricultural Produce Market Committee) market, a single-point levy of taxes, taking fruits and vegetables out of the APMC Act, rationalisation of taxes on agricultural commodities, implementation of e-NAM (National Agricultural Market) and lastly, to de-link the provision of compulsory requirement of a shop in the APMC markets for registration as traders.

Should agriculture be privatised?

Many experts have been seeing the crisis in the farm sector, not as a consequence of poor farming techniques but as one of the weak marketing strategies. Privatisation will bring efficiency into the system of agricultural marketing. Though the government has taken various steps to eliminate the middlemen in this process, they still exist in a few remote villages, where farmers are not aware of the benefits they are entitled to. When private entities will enter this sector, they will introduce their personnel. The farmers will pay for their services. This not only makes the sector more organised but will also generate a large number of jobs for the unemployed youth. However, the affordability of these services is to be considered while making such decisions.

To increase their incomes, farmers will have to adapt to the changing technology in the sector. Irrigation facilities, accessible organic farming and other services must be made cheaper for the farmers. The skill development initiative is a welcome step towards diversifying the rural economy and reducing stress on agriculture and related sectors. Agro-based industries will help in the same manner. Small-scale production units, such as cottage industries, should be encouraged alongside reforms for long-term benefits.