Both the Congress and BJP address minority representation, climate change, and employment among other issues in their 2019 manifestos 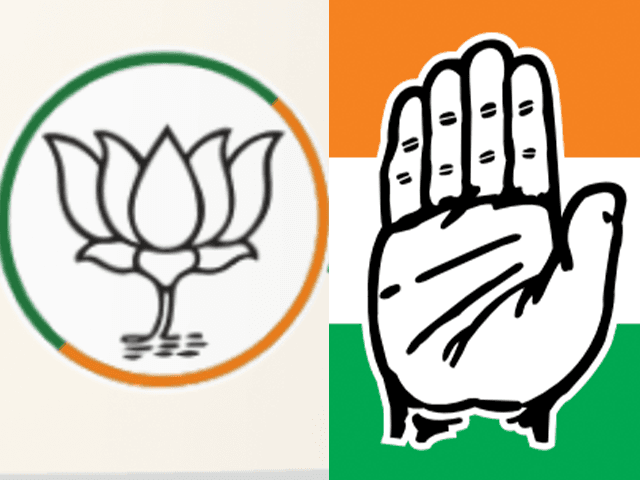 Just days away from the Lok Sabha elections, India’s two major parties—Congress and BJP—have released their 2019 manifestos. Both have discussed similar issues in their manifestos, such as national security, minority representative, healthcare, climate change, and infrastructural reform.

The Congress has promised to alleviate farmers’ financial burdens and ensure employment. It has also commented on the current GST policy, defence spending, education infrastructure, and minorities issues.

The BJP has pledged action on terrorism, agriculture and farmers, economic growth and development, youth in governance, and women empowerment.

Key issues in the BJP manifesto

The BJP manifesto first focuses on defence and terrorism by outlining a “zero tolerance” policy against the latter.

The party says it will purchase “outstanding defence-related equipment and weapons” to strengthen the armed forces. It also stressed the importance of the ‘Make in India’ programme for defence equipment.

For farmers, the BJP reiterates its PM-KISAN scheme introduced in the budget; it also promises a voluntary insurance scheme, improved quality seeds, and an investment of Rs 25 lakh crore in agriculture.

Other promises are a National Bee-keeping and Honey Mission, completing work on 31 irrigation projects, and digitisation of land records through Aadhaar.

Union Minister Rajnath Singh announced that farmers will get 0% interest for five years on loans worth Rs 1 lakh. Small and marginal farmers will also receive pensions.

The BJP has promised a Rs 100-lakh crore investment in infrastructure and a strengthening of the country’s healthcare through more health benefits for poor families and increase in medical colleges.

It has also promised to implement the Citizenship Amendment Bill; the Bill has caused controversy because it awards citizenship to only Hindu, Jain, Buddhist, and Sikh refugees in the Northeast.

It pledges to annul Article 35A, which protects the permanent residency of Kashmiris in the state. The party says it will “combat infiltration” by completing the National Register of Citizens to keep out “illegal immigrants”. It will also establish Smart Fencing for border security.

Singh said the cultural and linguistic identity of India must be preserved.

The party said it will also institute a Uniform Civil Code for gender equality and build a Ram temple.

“We will explore all possibilities within the framework of the Constitution and all necessary efforts to facilitate the expeditious construction of the Ram temple in Ayodhya,” says the party. The manifesto adds that it will ensure rituals related to the Sabarimala temple are safeguarded.

These words are identical to the 2014 manifesto’s policy on the Ram temple issue. However, the Supreme Court has ordered mediation for the resolution of the communal dispute. It has also lifted the ban on women’s entry to Sabarimala.

For women, the party has promised a 33% reservation in Parliament and state assemblies. It has also said it will recognise the 11 Gorkha sub-tribes as Scheduled Tribes and implement reservations for the Limboo and Tamang Tribes in Sikkim.

Like in 2014, the BJP has promised tax cuts while increasing the tax base by ensuring people comply with the laws and don’t avoid tax duties. It will also simplify the GST regulations.

In another cost-cutting measure, the party has proposed a ‘One Nation One Poll’ concept; this calls for polling across the country on one single day instead of over months in phases. It has also suggested a Single Voter List to streamline all elections.

It has included environment protection policies for the Himalayan region and cities with air pollution.

The Congress manifesto details 15 issues that will take centre stage if the party comes to power.

Party president Rahul Gandhi has announced a minimum income guarantee to eliminate poverty by 2030. The party says it will transfer Rs 75,000 per year to the 20 poorest households in the country under the Nyuntam Aay Yojana.

The manifesto said the party will implement it for 5 crore families in phases after an independent panel of economists approves the design, pilot, and testing. It added that the head woman of the family will get the money in her bank account.

The programme is estimated to cost 1% to 2% of the country’s GDP.

The party also said it will reward private companies for employing more women and creating an apprenticeship programme. The party will pass the Women’s Reservation Bill as well and reserve 33% positions in the central government for women, like the BJP.

On GST, the Congress said it will make a more moderate tax structure and include panchayats and municipalities in GST revenues.

Under a UPA government, farmers will have remunerative prices, lower production costs, and guaranteed access to credit lines. The union will also present a separate “Kisan Budget” every year and create a permanent National Commission on Agricultural Development and Planning.

The Congress has also planned a safer future for minorities. It will implement the Forest Rights Action 2006 and establish minimum support prices for Adivasis who work with non-timber forest produce.

“Congress promises to end the sense of impunity, stamp out mob violence and lynching, and prevent atrocities and hate crimes against the SC, ST, women and minorities,” states the manifesto. The party added that it will hold negligent law enforcement accountable.

It has also promised to upload Indians’ constitutional rights, including those of students, journalists, artists, activists, and academics; it has said it will restore “undermined” institutions, such as RBI, Election Commission, and CBI.

While both 2019 manifestos address similar concerns and solutions related to jobs, farmers and agriculture, and climate change, the BJP manifesto mentions religious issues—the Babri Masjid demolition and Sabarimala temple; the Congress’s does not.

The Lok Sabha election starts next week on April 11 and ends on May 19. Results are on May 23.