Sexual assault allegations against CJI Gogoi a conspiracy? The latest murky details in the case 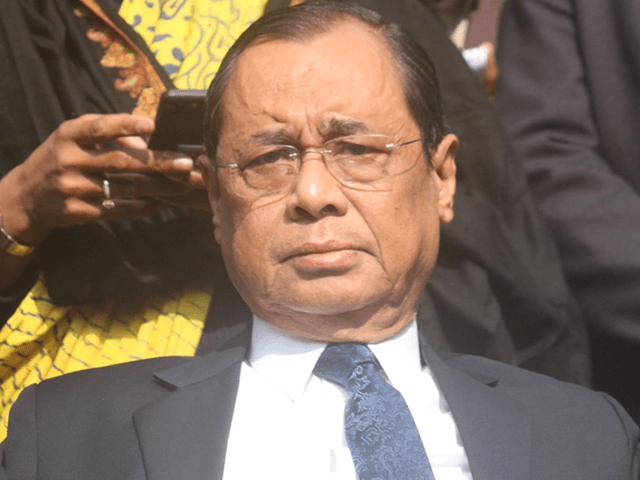 On Thursday, April 25, the Supreme Court (SC) ordered a probe into SC advocate Utsav Bains’s claims that the allegations of sexual assault against Chief Justice of India (CJI) Ranjan Gogoi are a “conspiracy” against him.

The SC summoned the Central Bureau of Investigation (CBI), Intelligence Bureau (IB), and Commissioner of Delhi Police to seize any relevant material that corroborates Bains’s affidavit.

Justice Arun Mishra said, “We want to send a message to the rich and the powerful that they cannot run the Supreme Court.”

Over 250 women, including lawyers and activists, penned a letter to the SC, demanding a special, impartial inquiry into the allegations against Gogoi under the Sexual Harassment of Women at Workplace Act 2013.

The group said Gogoi’s request for an in-house committee violates the 2013 Act that requires an outside, independent panelist to probe allegations of sexual assault. They also said the CJI should cease operational duties while under investigation.

The former employee who’s alleged assault has also taken issue with the in-house committee. She submitted a response to the court saying, “Justice Ramana [a committee member] is a close friend of the CJI and like a family member to him.”

She said she felt helpless because she “will not get a fair trial if he leads the committee”, especially because SC Justices led by Gogoi already made remarks in the press in his defence.

Justice Indu Malhotra has been appointed as Justice Ramana’s replacement on the in-house committee.

On Monday, April 22, the Supreme Court Bar Association (SCBA) comprising 6,000 lawyers passed a resolution stating that the CJI violated legal procedure by hearing a case against himself.

“The Executive Committee of the Supreme Court Bar Association in its emergent meeting has resolved that the procedure adopted for conducting the Court proceedings on 20.04.2019 in the matter of allegations against the Hon’ble Chief Justice of India is in violation of procedure established by law as well as principles of natural justice,” said the SCBA.

The SCBA also asked the SC to take necessary legal action for an unbiased hearing against Gogoi.

The Supreme Court Advocates-on-Record Association (SCAORA) asked the SC for an independent probe into the matter because Gogoi’s suo motu hearing—an exercise of authority without formal need—was wrong.

On Friday, April 19, one of CJI Gogoi’s former employees submitted an affidavit that states he molested her in his office on October 10 and 11 last year and harassed her after the incident, as well.

The former employee said Gogoi groped her in his office and later even repeatedly called her outside work, took a special interest in her life, and subjected her to phone checks to ensure she deleted any proof of contact between them.

During the assault, the former employee says she pushed him away. In retaliation, Gogoi had her shuffled through the SC several times. Eventually, she was hauled up for a disciplinary hearing that relieved her of her duties.

She says that her brother and husband, who worked with the Delhi Police, were also suspended from work. The police arrested her and hit and verbally abused her in custody.

“It now seems like the harassment, victimisation, and torture will not stop unless I speak out about the origin and motive for the harassment… now that there is an imminent danger to my life, I am compelled to speak the whole truth, in order to save myself and my family,” she said.

Is this a conspiracy?

Bains filed an affidavit stating that the allegations against the CJI are a “conspiracy” created by powerful people unhappy with his rulings.

He claimed that a “fixer” named Romesh Sharma is working on behalf of former Jet CEO Naresh Goyal and terrorist Dawood Ibrahim to bring down Gogoi’s reputation.

Bains said he was also bribed with Rs 1 crore to represent the woman making false allegations. He added that he fears for his life because he’s been informed that he will be murdered in a dubious event that will be made to look like an accident.

Like the SCBA and SCAORA, Bains called for an independent inquiry.

Lawyers have said that while this matter is unfortunate and very serious, it still presents an opportunity for India’s judicial system to prove that it will make every effort to ensure justice is equitable and protect even its junior-most employees from high-handed officials.