It’s time we focused on sex education in India

Sex education is a programme which educates and informs young individuals about sex, sexual health, sexuality, and sexual rights in an age-appropriate manner. 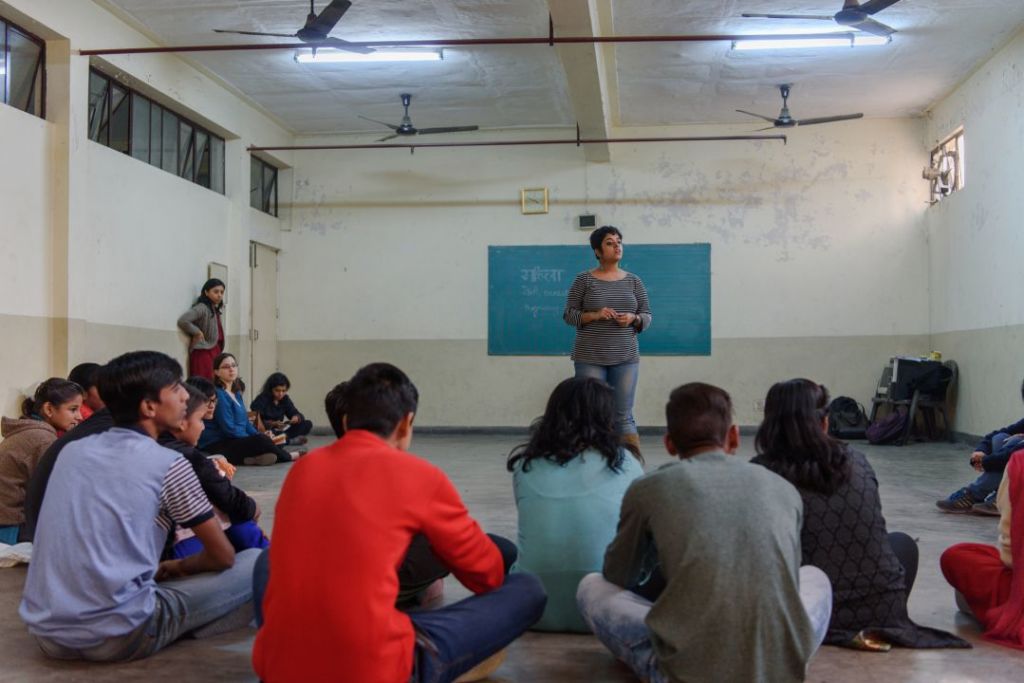 Young people participate in a sexuality education session run by the YP Foundation. Credit: Smita Sharma for IWHC via Flickr (CC BY 2.0)

The Supreme Court of India, in a landmark judgment, read down Section 377 of the IPC, decriminalising homosexuality and paving a way for the LGBTQ+ community to live a free life. Despite this, the subject of sex education remains a taboo in the country.

Furthermore, India is the second most populated country in the world and on its way to beat China to top the population chart. With such a booming population, the need for sex education is obvious, and yet remains unacted upon.

India is home to 253 million adolescents (aged 10-19 years) who comprise 21% of the country’s population as per the 2011 census who receive little to no education about their own sexuality.

Almost a decade ago, the government of India, in collaboration with NACO, NCERT and UN, announced the launch of the Adolescence Education Programme (AEP) in schools. In response, 13 states immediately called for a ban on it on the grounds that it is “against Indian culture”. Prominent political figures voiced their concerns about the programme and went so far as to say that AEP would make young individuals indulge in sexual profligacy.

What is sex education?

To really understand the controversial subject of sex education, we must first know what it encompasses, and how it can actually benefit.

Sex education is a programme which educates and informs young individuals about sex, sexual health, sexuality, and sexual rights in an age-appropriate manner. It increases their awareness about their own body and that of the opposite gender.

Adolescents undergo various physical changes when they hit puberty, and often end up being embarrassed by it. Lack of information and misinformation make them self-conscious about physiological changes such as pubic hair, facial hair, developing body parts, etc. These changes make them prone to insecurities and vulnerable to low self-esteem. AEP quashes these doubts and confusion by preparing young individuals for what is to come.

When there is a supportive and understanding environment for children, they tend not to resort to pornography or random sites on the internet to learn about their own bodies. And most importantly, they learn to respect themselves and each other.

Ritvik, an engineering student from Chennai, received sex education in his high school in Nagaland. A part of a class called “living skills”, students of both the genders were taught together not just about sex, but also consent, connecting emotionally, sexual health, and about safe sex practices. They had a proper course book as well.

He said, the classes helped him “understand sexuality, consent, taboo and my … from a more mature perspective and ultimately made us [the students] all capable, from an early age, of judging what’s wrong and what’s right.”

In another Assam-based private school, sex education was taught under Adolescent Education Program. The former student said. “We had one class per week, with boys and girls together. It was like any other class for us, we used to giggle, but eventually took something from each class.”

“We also had a counsellor who sometimes took classes. She was very encouraging and taught us about empathy, sympathy, and self-confidence among other things,” the former student added.

A working professional from Delhi said that his school had separate sessions for the two recognised genders. A doctor used to conduct the sex education sessions. The student said, “It was awkward, but they used to show us images to sensitise us to the other gender.”

Ritvik said that sex education prevented him and his peers “from being exposed to twisted versions of sex ed [from the internet] and exposed them to an actual source in a well-defined and age appropriate way. [sic]”

On the other hand, Godwin, a working professional from Bengaluru said that even though he had had sex education classes in school, he did end up figuring things out from pornography.

A Mumbai-based law student and social media influencer Janvi said they didn’t have sex education in school apart from two chapters in their biology book. But it was far from reality. “I didn’t know how sex worked for a really really long [time]. It was weird but I had no idea that vagina was a different hole altogether.”

Though sex education has been addressed in different ways in the cases above, via special classes or through two limited chapters in a biology book, it is an incomplete way of informing students. It does not acquaint adolescents with the reality.

In India, girls and women still run around hiding their pads, and period stains. The former student from Assam said that in spite of the AEP classes, getting periods in school was a horror. “We had white skirts, and during periods, life was constantly about asking friends to check for a stain.” She recalls that once a boy was irritably snatching her school bag, but when she said that there was a sanitary napkin in the bag, he immediately let go.

Super School India, a Delhi-based NGO has taught over 2500 underprivileged students this year through its outreach program on sex education, T.R.Y. (The Responsible Youth).

Radhika, the founder of Super School India, says that her NGO fills a gap in the education system as sex education is crucial to the general development and well-being of youngsters.

The problem with introducing it as a compulsory part of syllabus, according to Radhika, is that there is no accountability. There is no check on who conducts these sessions and in what manner. She says that the teachers need to be very careful with their language “so as to not sexualise anything or to give in to any existing societal norms/taboos.” Students should be able to respect the person who conducts the classes and most importantly, the person should be qualified, so that things are taught in an age-sensitive manner to the pupils.

The ideal way to deal with sex education, Radhika says, would be to make it a part of the syllabus. There should be weekly classes, not occasional sessions.

Sensitising both the genders and teaching them to respect each other from a young age is an essential step to combating taboos and superstition around sex and sexuality in India. Furthermore, with the number of rapes skyrocketing in India, and India’s infamy for being the most dangerous place in the world for women, education about consent, and enthusiastic consent at that, is crucial to improving social health of the nation.

Simran Bajaj is a journalist.