Saving India’s lifelines: What we must do to rescue our rivers

Today, India’s rivers are depleting at an alarming rate. Many perennial rivers are headed towards becoming seasonal in the next two decades. 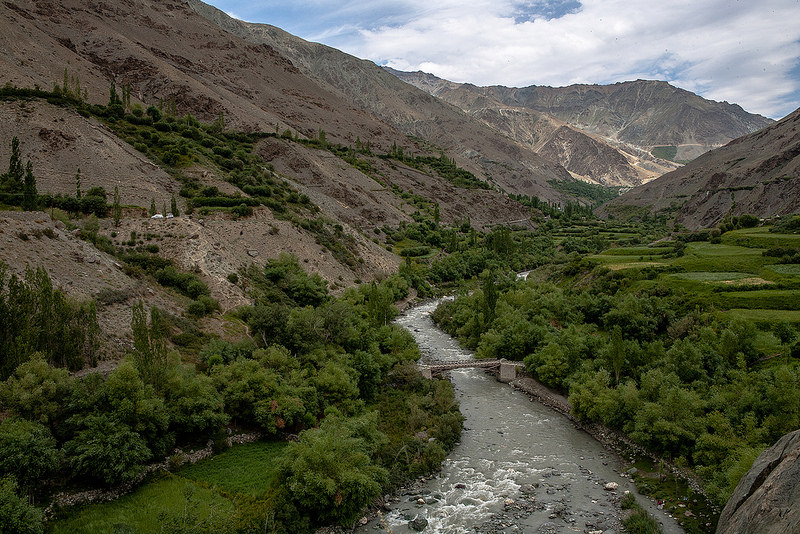 He is the Founder of Isha Foundation.

Rivers are the very origin of our civilization. We are who we are because of our rivers. Our ancient civilizations took birth and grew along their courses, and died when the rivers shifted course. Particularly in the making of India, ancient Bharat has always been referred to as the land of seven rivers. The great civilization of Harappa and Mohenjo-Daro came up along the Indus, Sutlej and ancient Saraswati. The southern part of civilization developed around the Krishna, Kaveri and Godavari rivers. In this land, rivers have been so significant that we worship them. Unfortunately, worship we do, but we have not taken care of them.

Today, India’s rivers are depleting at an alarming rate. Many perennial rivers are headed towards becoming seasonal in the next two decades. Already, the most significant rivers of southern India reach the ocean only a few months in a year. The Ganga and Indus are now among the most endangered rivers on the planet. Many of the smaller rivers and streams have already vanished. Drinking water has become scarce in many places.

In the last few decades, the nation has focused on how to utilize rivers by constructing dams and canals to grow more food from our rivers. We produce food for a billion people. This is an incredible achievement. However, in this process, we are headed towards a situation where the next generations will have no food to eat or water to drink.

We are destroying our soil and water resources at such a rate that within the next two decades, we will be unable to feed our population or quench their thirst. This is not a doomsday prediction. The evidence that we are headed towards this is unequivocal.

India is losing nearly 5.3 billion tons of topsoil per year. This is nearly a millimeter of topsoil annually. If we continue along this path, all the topsoil in the country will completely disappear in thirty-five to forty years. Our ability to grow food is receding dramatically. India has already lost 25% of its topsoil. If this continues, we are working towards turning this land into a desert.

In the last 20 years in India, India has seen over 300,000 farmers commit suicide. This is a higher death toll than even some wars. We are trying to explain this as arising from bad market prices and bank loans. This is true, there is no disputing that, but the fundamental reason is that the soil quality is depleting and water resources are disappearing. The rug is being pulled out from under the farmers’ feet.

People want emergency solutions and they only talk about how to further exploit our already depleting resources. But what we need is a broader solution to increase the rivers’ flow, enhance our soil quality and support farmers in moving towards more financially beneficial agriculture.

Any solution we implement must take into consideration how rivers in a tropical country like India flow. Most of India’s rivers are forest-fed. People think because of water there are trees; no, because of trees there is water. If there is no forest, there will be no river after some time. In India, we only have about 50 to 60 days of rain in a year. If the land loses its capacity to hold this water and slowly release it into rivers over the whole year, there will be cycles of flood and drought. We see this happening all over India right now. This is simply because there is not enough vegetation on the land and it has lost the ability to hold the monsoon precipitation.

In the past, when the land was covered by rainforest, precipitation gathered in the soil and fed the streams and rivers so that they continued to flow throughout the year. But a large part of India now is farmed land, which we cannot convert to forest. The solution is that, for a minimum of one kilometre on either side of the river and half kilometre for tributaries, wherever it is government land, we plant native forest vegetation. Wherever it is private farm land, we support farmers to shift from traditional crops to tree-based agriculture.

Having trees on the land will not only revitalize rivers but also replenish the soil. If we encourage farmers to shift to organic tree-based agriculture, the organic material from the animals and trees will continuously replenish the soil.

Shifting to tree-based agriculture not only replenishes the rivers and soil, it can also increase a farmer’s income by three to eight times. If large-scale demonstrations of tree-based agriculture are created that clearly show how farmers’ incomes can increase, farmers across the country will naturally want to take to it. However, they will still need support to make this shift. The farmer is just working for his livelihood. We cannot expect him to save the river or the environment. The governments will have to provide education, subsidize these efforts for three to five years, and help develop a whole new system of high-quality organic horticulture.

If we ensure this minimum tree-cover, we will ensure augmentation of flow in our rivers. Another aspect of revitalizing our rivers is demand management. Eighty percent of water used in India is in agriculture. And the most common mode of irrigation in the country is flood irrigation, which is very wasteful in terms of water and is also not good for the plant. If we shift to micro-irrigation, this will not only improve yields, it will also reduce water usage substantially.

If we have to implement this on a nationwide scale, such an effort cannot be successfully executed just by individual enthusiasm. This is not going to happen if a few of us go and plant a few trees on the river bank and think we have done it. That will only give us personal satisfaction, not a sustainable solution. What is needed is a nationwide enforceable policy as to what we can do and what we cannot do with our rivers.

This policy must address all stakeholders. The first stakeholder is the river itself. We must treat the river as a living body, otherwise we will not understand the requirements of the river. The second stakeholder is the farmer, the third is the larger community, next come the state and central governments, and the local administrations.

We urgently need to shift from thinking of how to exploit our rivers to how to revitalize them. We need to realize that our rivers are national treasures. Water is not a commodity; it is life-making material. The human body is around two-thirds water. You are a water body. And on this planet, rivers are the water bodies with which we have the closest relationship. For thousands of years, these rivers have embraced and nourished us. A time has come when we have to embrace and nourish our rivers.