As Russia ups the ante against Ukraine, even threatening the possibility of a potential WWIII, is its position weakening? 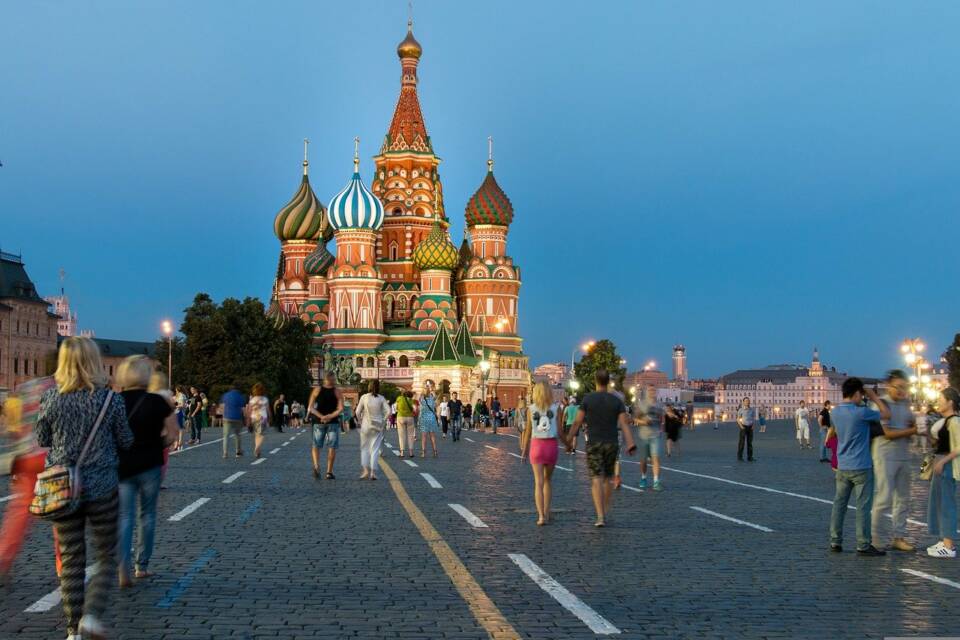 Image by Michael Siebert from Pixabay

Declaring a partial mobilisation and threatening the use of “lots of Russian weapons” in response to alleged western nuclear blackmail, Russia’s president Vladimir Putin has upped the ante once more in his war against Ukraine. Indeed, Putin nearly went so far as to say so: “When the territorial integrity of our country is threatened, we will use all the means at our disposal to defend Russia and our people – this is not a bluff.”

This latest escalation follows the announcement on September 20 of referendums in the territories that Russia currently occupies in Ukraine. It represents the latest gamble by the Russian president to find a face-saving way out of an increasingly dire situation in Ukraine. https://www.youtube.com/embed/VVOWpSuFtIc?wmode=transparent&start=0

Putin was speaking to the Russian people in a televised address at 9am Moscow time, insisting that the partial military mobilisation of its 2 million-strong military reservists was to defend Russia and its territories. He said that the west did not want peace in Ukraine, adding that Washington, London and Brussels were pushing Kyiv to “transfer military operations to our territory” with the aim of the “complete plunder of our country”.

Russia’s plan to annex territory in the east of Ukraine via “referendums” follows an established playbook, but it also constitutes a new round of escalation in a war that has not been going Putin’s way for most of the past seven months.

In March 2014, Putin annexed Crimea following a hastily staged referendum there after Russia had occupied the peninsula. And in February 2022 – days before he sent the Russian military into Ukraine – he recognised the independence of the so-called people’s republics of Donetsk and Luhansk, deploying “peacekeeping forces” to these territories occupied by Russia and its local proxies since 2014. Putin used the territories as launchpads for his illegal war against Ukraine just two days later.

As a result of this aggression, Russia captured around 20% of Ukraine’s territory – primarily in the east. Over the past several weeks, Moscow has lost some of these areas again but still controls around 90,000 sq km, mostly in the Donbas area and in the southeast of Ukraine. The Kremlin-installed de-facto authorities – covering large parts of the Donetsk, Luhansk, Zaporizhzhiya and Kherson regions – have now “asked” Moscow to hold referendums on their accession to the Russian Federation.

The referendums are likely to be staged between September 23 and 27, and the Russian parliament is expected to ratify any annexation decision quickly with Putin signing it into effect shortly afterwards. A similar process happened in Crimea in 2014.

A different kind of escalation

In 2014, Ukraine did not put up much of a fight over Crimea, and its anti-terrorist operation quickly ground to a halt as Russia poured troops and resources into Donbas to back its local proxies there. After eight months of heavy fighting, the result was the final instalment of the ill-fated Minsk peace accords in February 2015, which created an unstable ceasefire for seven years embedded in a dysfunctional dialogue process that failed to bring about a settlement.

There is no prospect now that Kyiv and its western partners are going to accept a similar deal which simply buys Moscow time to regroup and plan its next move. Ukrainian and western leaders have already said as much, including the French president Emmanuel Macron and the German chancellor Olaf Scholz.

But this is unlikely to stop Russia. Putin needs an “excuse” not so much to escalate in Ukraine but in Russia itself. Incorporating Ukrainian territory into Russia would, from a Russian perspective, turn Ukrainian military operations to liberate these areas from Russian occupation into an act of aggression against Russia.

This would give Putin a pretext to call for a general mobilisation and potentially even declare martial law in Russia. The approval, by Russia’s lower chamber of parliament, of tougher sentences for a variety of offences committed during periods of military mobilisation or martial law points in an ominous direction in this context.

The announcement of the referendums and all that they imply also poses a direct challenge to the west, daring policymakers in Nato and the EU to continue to support a Ukraine now framed by Russia as the aggressor. This would significantly increase the risk of a direct confrontation between Russia and the west and once again raise the spectre of Russia resorting to nuclear weapons.

This was something already raised back in July when Ukraine began to make progress in its counteroffensive in the south, but it appeared to be another of Russia’s inconsequential red lines.

Putin met with China’s president Xi Jinping on September 15 at the margins of the annual summit of the Shanghai Cooperation Organisation in Samarkand, Uzbekistan. Just before, Xi had also visited Kazakhstan and expressed his clear support for that country’s sovereignty and territorial integrity. This was a clear signal to Putin to keep out of Central Asia and foreshadowed the subsequent humiliating climbdown of Putin having to admit that China had concerns about Russia’s “special military operation” in Ukraine.

The absence of a similar message on Ukraine, where China continues to avoid speaking out clearly against Russia’s aggression, may have created an impression in Moscow that Beijing’s desire for stability which Xi expressed in Samarkand was primarily about a quick end to the war, not necessarily the path there.

The idea that China is pushing Russia not simply out of Central Asia but in fact towards a more aggressive stance on its western borders is another one of the Kremlin’s misreadings of China. But it is a very dangerous one, considering the applicability of Russia’s playbook to “unfinished business” in the pro-Russian breakaway region of Transnistria in Moldova and the fact that Russia also recognised, in 2008, the independence of Georgia’s two breakaway regions of Abkhazia and South Ossetia.

In his recent message to South Ossetian leader Alan Gagloev, Putin stressed “alliance and integration” as the principles of their relationship and Russia’s commitment to ensuring South Ossetia’s “national security”.

The question that arises from all of this is how far can and will Putin go? He has played most of his cards now and is still not winning. Energy blackmail against the west has not broken the united front of Nato and EU members and their allies.

Putin’s supporters are few and far between and they are dubious company – the likes of Iran and Syria, North Korea and Myanmar. China may buy Russian oil and gas, but Xi has yet to side openly with Putin on Ukraine and is unlikely to do so, especially if further escalation looms as a result of the planned referendums in the occupied territories.

Above all, Putin is not winning on the ground in Ukraine. His latest desperate attempt to raise the stakes is the clearest signal of this yet – but also an indication of how much more dangerous this already catastrophic situation may get.