Everyone has a right to clean water. What are we doing about it?

Providing equal distribution and access to clean water, especially to those at the bottom of the pyramid, calls for an enterprise-linked approach. 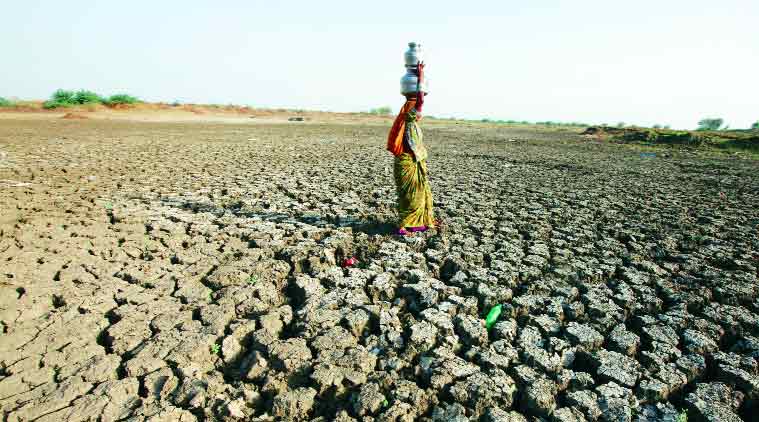 The Supreme Court of India states that clean drinking water is fundamental to life and it is the duty of the State to provide it to its citizens as a part of the ‘right to life’ under Article 21 of the Constitution of India. Clean water was recognised as a part of the right to a healthy environment by the Supreme Court in 1984 (in the case of Bandhua Mukti Morcha vs. Union of India). However, legality aside, the right to clean water is also imperative to secure India’s future, and especially as the country loses more children to unsafe water than any other cause.

The water crisis in India

According to Water.org, 163 million Indians are currently living without access to safe and clean water. The World Bank estimates reveal that unsafe water and lack of hygiene practices are responsible for 21 percent of communicable diseases in the country. These are also the third leading causes of diarrhoea, leading to nearly 1600 daily deaths in India.

The situation is worse in rural areas. Last year, WaterAid’s ‘State of the World’s Water‘ report disclosed that 63.4 million people in rural areas are living without access to clean drinking water, which is more than any other country.

Moreover, there are glaring inefficiencies in the water supply. Most of the rural drinking water comes from wells, hand-pumps, and tube-wells, as the scattered population is not ideal for a piped system. Even in urban areas, where the population relies on taps and piped water, the problem of wastage continues to persist while urban slums are not covered under the piped network. Therefore, there is an urgent need for innovative water solutions in India, considering that 100 percent piped potable water may be a little difficult to implement on a universal scale across the country.

Lack of access to water is one of the major causes of the feminisation of poverty (disproportionate impact of poverty on women as compared to men) in India. Women, who are often primarily responsible for collecting water for their households, lose out on work and family and more importantly, their personal health. The existence of ‘Water Wives’ in Maharashtra is a prime example. Empowering women is critical to solving the nation’s water crisis. They can experience greater autonomy and independence and pursue skills outside of their traditional roles when they are not locked in a cycle of poverty due to poor availability of water. Even school-going children find themselves on the losing side as the family water-collection duties take time away from study and play. According to Water.org, there has been evidence of improved school attendance as a result of reductions in time spent collecting water.

Further, with the lack of safe water resulting in diseases, stunted growth, and infant mortality, the economic loss of the crisis is also huge. As per the World Bank, the annual cost of problems related to poor drinking water is about $4.2 billion or about Rs 26,000 crore. What is even more alarming is that the cost of water-borne diseases is almost exclusively borne by the economically deprived and the rural population. These inequities would only escalate unless mitigating steps are taken at the earliest.

Providing equitable distribution and access to safe water, especially to those at the Base of the Pyramid (BoP), calls for an enterprise-linked approach. This finds evidence in the work done and the impact made by social enterprises such as Waterlife and Piramal Sarvajal.

Waterlife provides customised water solutions at a reasonable cost, sets up purification systems and sells treated water across 10 states at the rate of Rs. 5 per 20 litres. A major feat has been achieved in the Mandavgan Farata village in Pune district, where a community water purifier plant was proposed. Prior to this, the 35,000 villagers did not have access to clean drinking water due to the primary source, River Bhima, being severely contaminated by industrial waste. Waterlife is a first-of-its-kind outlet that now has a successful franchising model and is slowly bridging the gap between haves and have-nots in the underserved parts of India through partnerships with the government, Panchayats, NGOs, SHGs, commercial institutions as well as international agencies.

On the other hand, Piramal Sarvajal deploys another innovative and technological solution for creating affordable access to safe drinking water—that of Water ATMs. These are automated dispensing units, which provide communities with 24/7 safe water access. Additionally, these solar-powered and cloud-connected machines allow monitoring of the water quality and remote tracking of each pay-per-use transaction.

The Water ATM technology was also used in Rajasthan as part of Cairn India’s ‘Jeevan Amrit Project,’ where kiosks with Reverse Osmosis (RO) plants were installed in villages like Aakdada, Batyu, Bhakharpur, Guda, Jogasar, and Kawas with the aim of making potable water available at the doorsteps of the local community. More than 22,000 people in the state benefitted as a result of this programme and currently, 22 RO plants cater to the drinking water needs of the villagers. A striking feature of these kiosks is the swipe-card facility that works just like a Bank ATM. The cards come with an initial cost of Rs 150 and can be further recharged as per the villagers’ needs. Moreover, since these machines are portable, the facility can also be availed in the surrounding areas and hamlets at an additional cost of less than Rs 2. For this Public Private Partnership (PPP) model, Cairn India has undertaken a collaboration with the Rajasthan Government’s Public Health Engineering Department, Tata Projects, and the concerned village Panchayats. The revenue generated helps in making the kiosks self-sustainable as it is utilized for their efficient operation and maintenance.

Enterprise-linked approaches embody the new public management principle of ‘Price and Communitise,’ which has not only made safe and affordable water accessible to those at the BoP but also eliminated the long bucket-queues and waiting hours for the water tanks. Later, as such collaborative solutions are adopted more widely across the nation, ‘Water Committees’ will crop up as pillars self-governance and undertake the efficient management of the Water ATMs in their local areas. The key to ensuring the four litres per individual per day requirement along with maintaining high-quality drinking water standards is to leverage the potential of innovative and smart water solutions. The World Health Organisation projects an economic return of $3 and $34.3 for every $1 invested in water and sanitation, which only strengthens the argument further.