Neil Roberts, Williams College It took less than a nanosecond before The Slap was seen around the world. It took a little longer – about two weeks – before the Academy of Motion Picture Arts and Sciences decided to ban Will Smith from appearing at another Oscar awards ceremony. But missing from the frenzy that […] 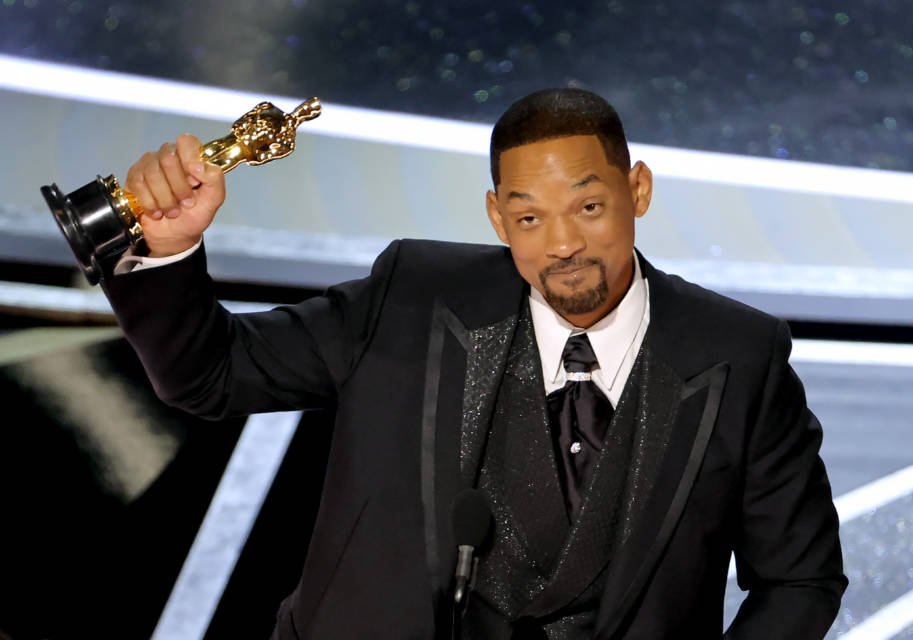 HOLLYWOOD, CALIFORNIA - MARCH 27: Will Smith accepts the Actor in a Leading Role award for ‘King Richard’ onstage during the 94th Annual Academy Awards at Dolby Theatre on March 27, 2022 in Hollywood, California. (Photo by Neilson Barnard/Getty Images)

It took less than a nanosecond before The Slap was seen around the world. It took a little longer – about two weeks – before the Academy of Motion Picture Arts and Sciences decided to ban Will Smith from appearing at another Oscar awards ceremony.

But missing from the frenzy that consumed social media and mainstream channels about that infamous night has been a constructive discussion about the idea of protection – and how race plays a role in the perceptions of both the protectors and the protected.

As a scholar of African American culture, philosophy and history, I believe the The Slap invites us to reassess the power of relations between partners and spouses. It also highlights the precarious lives of Black girls and women as a result of failures to protect them.

The nature of protection

Most people agree that “protection” means defense of someone or something from harm.

The way parents strive to defend their children against harm is a type of protection.

So too are actions at the heart of the origins of American street gangs, formed initially by people whom the state abandoned and left defenseless from harm’s way. This, admittedly, is an aspect of American history often forgotten or unfamiliar to the general public.

The Slap represents a third genre of protection: men declaring themselves their spouse’s protector.

Powerful men, she wrote, often justify their expressions of all-encompassing, paternalistic authority as acts to protect women and kids from predators that, if left unchecked, would belittle, disrespect and, at worst, destroy those children and women.

Young maintained that a male protector presents himself to be a “courageous, responsible, and virtuous man.”

“The ‘good’ man,” she continued, “is one who keeps vigilant watch over the safety of his family and readily risks himself in the face of threats from the outside in order to protect the subordinate members of his household.”

This logic collapses, though, when the protector’s vision of the family and its needs doesn’t mirror reality.

A calling from God

Is chivalry dead or not worth saving?

Clearly, Smith believes that chivalry is not dead and is worth saving. Born in the medieval era that ended in the 1400s, chivalry is the romanticized dream of a knight in shining armor rescuing a damsel in distress.

The damsel in this case was Jada Pinkett Smith, and jokes about her nearly bald head by Chris Rock were not funny but instead tone-deaf, given her struggle with alopecia. The condition is known to cause hair loss.

A clue as to why Will Smith chose openhanded violence against Chris Rock in the name of his wife lies in the opening to his Oscars best actor acceptance speech.

In the film “King Richard,” Smith played the role of Richard Williams, the father of professional tennis stars Venus and Serena Williams.

Smith said that Williams often had to defend his daughters – as Smith explained he had to do during the course of shooting the movie to protect his co-stars: Aunjanue Ellis, Saniyya Sidney and Demi Singleton.

Smith then described a calling from God.

“In this time in my life,” Smith explained, “in this moment, I am overwhelmed by what God is calling on me to do and be in this world … I’m being called on in my life to love people and to protect people and to be a river to my people.”

Who watches the protector?

In the Smith case, it appears that people who are objects of protection don’t always have a say in the actions of their declared protectors.

When Smith heard Rock’s supposed joke, he looked at his wife, walked up and delivered The Slap, sat back down and then twice screamed an obscenity at Rock.

In my view, what Jada needed most from her husband – as do all humans – was support and love, not misguided male protection enacted under the guise of love.