Revisiting the legacy of Charles Dickens, the great English author

Situated in the locus of social, economic and psychological deprivation, each of Dickens’ protagonists, suffering under the yoke of a fundamentally flawed system, resonate with a relevance even today. 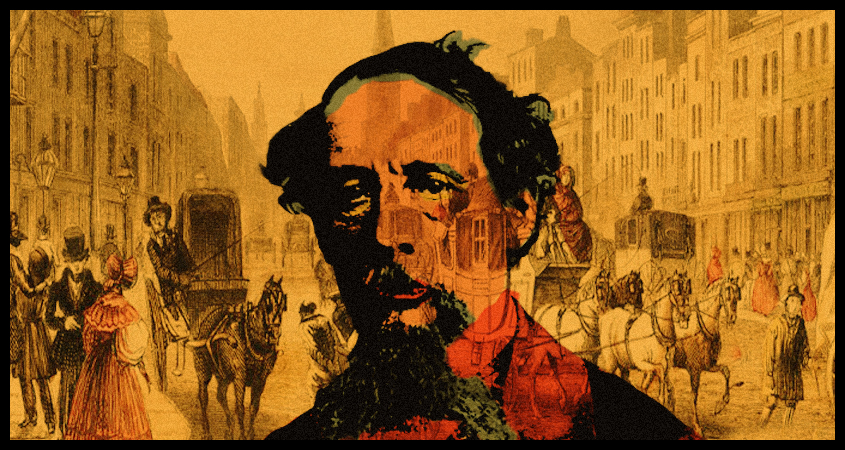 Charles Dickens, the chronicler of Victorian England, remains relevant in more ways than one, 148 years after death. Credit: Debanjan Chowdhury

Charles Dickens, one of the prolific English novelists of all time, in whose works are enshrined all the ugly facets of Victorian England, lives on 148 years after his death, through the Dickensian lens he visualised and portrayed his society with.

Dickens was a man of myriad moods and fervent passions. As Joyce Carol Oates puts it, a century of film adaptations, biographical and literary research later, the man still remains a mystery.

If one were to launch a trivia contest on their favourite authors, I would not want to be quizzed on Dickens. For starters, he was a mediocre student, he had no savings and lived a hand-to-mouth existence well into his twenties, and yet, he was an indefatigable giver of parties, an amateur actor, and a compulsive walker. His idiosyncracies extended to taking up writing for commercial purposes, on finding that factory work was not a right fit for him. He sired ten children and went on to write fifteen voluminous novels, till shortly before his death.

Chronicling the city through fringe characters

In one novel after another, including some of his less-studied works like Sketches by Boz, Martin Chuzzlewit and Pickwick Papers, Dickens has unwearyingly given voice to marginalised members of the English society, unlike any of his contemporaries including Lewis Caroll, William Makepeace Thackeray and Jane Austen.

An affirmed realist, Dickens’ love for the poverty-stricken lower classes, overlooked and treated like vermin by London’s high-brow elite, transcends the merely autobiographical. In his most celebrated works, A Christmas Carol, David Copperfield, Oliver Twist, Great Expectations, Nicholas Nickelby, and A Tale of Two Cities, Dickens exemplified the transcendental and universal value of empathy. Seldom holding back his caustic wit, Dickens’ use of satire and caricature enabled him to become the strongest critic of Victorian society at the time.

Dicken’s biographer, John Forster, wrote that the English novelist made his “characters real existences, not by describing them but by letting them describe themselves.” Marshes, graveyards, orphanages, ruinous mansions, shady backalleys, courtrooms, sewers and shanties feature prominently in his works, and from their annals emerge such characters as David, Oliver, Pip, Nicholas, Esther and Estella.

Dickens was somehow able to chronicle and immortalise Victorian England in his works, while serving as its pallbearer.

Situated in the locus of social, economic and psychological deprivation, each of Dickens’ protagonists, suffering under the yoke of a fundamentally flawed system, resonate with a relevance even today.

In direct opposition to his heroes, representing all that is wrong with the utilitarian society is a formidable tableau of anti-heroes. The ilk of Ebeneezer Scrooge, the Artful Dodger, Uriah Heep, Wilkins Micawber, Fagin, Miss Havisham and Lady Dedlock, further enabled him to pin the Victorian plague down to three overarching constructs- inefficacy of law, the cruelty of child services and corrupt administration.

But even in his antagonists, there’s a strain of tragic villainy that usually escapes a cursory reading. Known as a generous and forgiving man by his friends and peers, Dickens usually found a way to exonerate the illest of his characters; that is not to say that his novels end with a bow-tied conclusion. He constantly played with words and modes of narration to mislead casual readers into thinking that it is easy to discriminate between virtue and vice. The Dickensian reality is a Bleak House.

So as you debate over which version of Great Expectations is better (I personally don’t care much for the commercial-alternate ending), I will probably curl up with my dog-eared copy of A Tale of Two Cities and send up a prayer I think is befitting of the man.