Review: Why Cheat India is well-intentioned but ultimately sloppy

Director Soumik Sen emphasizes the fact that his story is “a hybrid of fact and fiction,” but quoting a Neil deGrasse Tyson tweet from back in 2013 is about as far as this film goes in the name of factual accuracy. 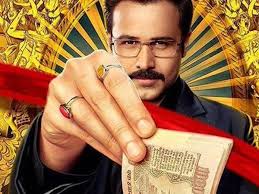 A correctly shaded oval can make all the difference in this country. Engineers in India are churned out with the six-sigma systematicity of a Toyota factory floor, and the calculus-fuelled race to become one invariably culminates in either a laddoo or a ceiling fan. It’s a sodden, mildewed system that attracts its fair share of slithery participants, and Emraan Hashmi plays Rocky (don’t ask), a reptile who plays Snake on a Nokia handset. “Sapne dekhte hai maa baap, aur poora karte hai bachche,” this Robin Hood for hoodlums says, and what we get is an illicit empire painstakingly built by Bollywood’s own crown prince of amorality. The movie seeks to italicize the singular irony of the Indian education system—the fact that it’s a free-for-all circus where multiple choice questions shape unilaterally determined careers—and yet ends up highlighting its own: this is a film about cheating that chooses to skimp on its own preparation.

Director Soumik Sen emphasizes the fact that his story is “a hybrid of fact and fiction,” but quoting a Neil deGrasse Tyson tweet from back in 2013 is about as far as this film goes in the name of factual accuracy. Like the logo of his production house, Hashmi’s latest film is strictly black and white, one that starts off intriguingly enough but plods along by the time it winds down to its long drawn-out second act. It made me hark back to a less pleasant time when I was an unwitting cog in this 6.4 billion-dollar industry, poring over Kepler’s laws of planetary motion while simultaneously attempting to tell one stereoisomer apart from another, but a film about a con shouldn’t be as corny as this.

Our censor board may ludicrously believe that prefixing a title with an interrogative adverb can make all the difference in the reel world, but this film earns its question marks. “UPPEE”, reads the name of one fictitious entrance exam (I almost mistook it for “YIPPEE” when I saw it for the first time), and this is a few minutes before we are shown a long line of hoarding-styled displays with “Jhund Management Classes” written on them. The film even replaces Girija Kumar Mathur’s evergreen Hum Hoge Kaamyaab with Tum Note Gino Janaab. Tsk tsk. Say what you must, but don’t desecrate that which must not be violated.

There’s little room for nuance here, and the reward for those wiz-kids willing to partake in Rocky’s Machiavellianism is a night beneath the sheets. Hashmi is reduced to mouthing dialogues like “agar dil se chaaho toh kuch bhi ho sakta hai” and “jeevan ka plane autopilot pe udega” —this when he’s not attending police interrogations, immaculately clad in a kurta. There’s scarcely a thread that’s out of place in this threadbare film.

Emraan strives hard to make some of this well-intentioned but sloppy material work, though there’s a significant been-there-seen-that hangover to his role: an Emraan Has-Been, if you will. The victim of his nexus is Satyendra Dubey, alias Sattu (played by Snighadeep Chatterjee), and this is a character so listless that it instantly reminded me of Rohan Mehra in last year’s Baazaar. He’s a bit of a Rajat Barmecha lookalike—a Kota veteran who likes an occasional puff of weed and, predictably enough, ends up getting weeded out – but like the former’s character in Udaan, the kid needed to fly. Debutante Shreya Dhanwanthary has a dignified, arresting presence, but she has precious little to do besides keeping her cheeks flushed each time she makes eye contact with Hashmi. “Chai dheere dheere meethi hoti rahegi,” she tells him with a most mischievous gaze, and this is one pot that’s best left unstirred.

Why Cheat India relentlessly attempts to preach to the choir: it’s a different matter that the choir is too bored to listen. The academically uninclined may pass with flying colours here, but this one’s a B- at best. “Jaanta hai power kiske paas hota hai?” Rocky rhetorically asks a comrade-in-arms, knowing only too well that in a film like this, it’s the man with the questions who always has to do the answering. “Jo sign karta hai,” he finishes with a flourish, affixing his own slimy stamp of authority on this silly discourse. Take what he says with a generous helping of salt. It’s chicken soup for the foul.