Could the reverse charge system and the e-way bill give a much needed boost to tax collection?

Only a concrete and foolproof plan can bring about a reform in GST implementation in our country. 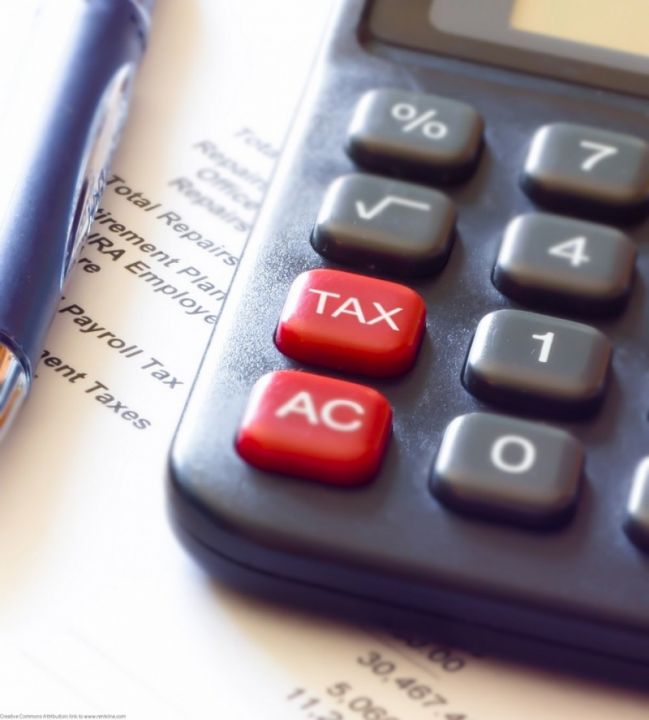 An important outcome that was expected from the rolling out of the Goods and Services Tax, was the increase in tax collection as a result of a wider tax net. The reality, however, is quite different. In November 2017, GST collections fell to its lowest at Rs 80,808 crores. While collections did rise in December to Rs 86,703 crore, it was still less than the combined target of Rs 90,000 crore for states and the centre.

This target was set based on budget estimates by the centre for 2017-18, and speculations on growth figures to provide compensation to states. For a period of five years, the Centre has to compensate states for any losses in revenue they might have incurred because of moving to the new tax regime.

This revenue loss is calculated by taking the difference of the indirect tax revenue that the state would have received as per the previous tax regime, and the actual revenue realised under the new one. The centre has budgeted about Rs 90,000 crore to be paid to states as compensation in 2018-19. This is higher in comparison to the compensation for 2017-18 of Rs. 61,300 crore, signifying a 47% increase. Additionally, the centre has projected an outlay of Rs. 900 billion as compensation cess for both 2019-20 and 2020-21.

Tax evasion on the high

While such expenditure is necessary, an important question is, whether the current fragile fiscal situation will impede the Government’s ability to meet its obligations. Meeting the fiscal deficit target of 3.3% of GDP in 2018-19 is highly dependent on whether revenue rises according to projections, or expenditure is maintained at budgetary levels.  The likelihood of cutting back on expenditure or maintaining it at the levels mentioned in the budget is less, considering the impending elections. Hence, it is important that the amount of revenue generated increases substantially, and deviates from the dismal trends seen this year.

An important aspect of this revenue growth involves a rise in tax revenue. While direct tax collections are on the rise, diminished indirect tax collections under GST have been highly worrying. The collections in December fell short of the target because of the composition scheme. Under the scheme, taxpayers who have a turnover of up to Rs 1.5 crores can opt for filing their returns in a simplified form and pay a flat rate of tax (between 1-5%), that is, a fixed percentage of their turnover. While auditing the scheme, it was found that despite six lakh taxpayers filing their tax returns, only Rs 251 crores were collected for the July-September period. This led the government to believe that such taxpayers might be trying to evade tax, by under-reporting their turnovers. To regain the revenue lost through evasion, the government plans to introduce the reverse charge mechanism and the e-way bill.

How will the reverse charge system counter evasion?

This system was introduced under GST in July and was made applicable to all suppliers of goods and providers of services who were unregistered, and who were included within the ambit of GST. However, things did not turn out as expected. Companies were already grappling with the various implementation issues that arose while rolling out the tax, and the reverse charge mechanism imposed a further compliance burden. This led to the system being put on hold, effective from 13th October 2017 to 31st March 2018. The government plans to implement this system by beginning with the composite scheme. It plans to make an amendment to the GST law during the budget session, to bring forth a provision that will allow the government to implement the mechanism wherever necessary.

There are different ways to look at the issue. On one hand, implementing the reverse charge mechanism may not necessarily bring about an increase in revenue for the government, as it will still have to pay the input credit to the registered dealers. On the other hand, registered companies may no longer want to deal with the hassle of paying the additional tax, so they might not buy from unregistered dealers. This might incentivise the unregistered dealers to become registered, thereby bringing them into the tax net and increasing prospective tax collection. However, timing is everything, and even now, businesses continue to deal with various glitches and other system issues that still arise in the implementation of the tax. It is therefore imperative that these issues are resolved first before hastily implementing the reverse charge mechanism once again.

A closer look at the e-way bill

For goods with a value greater than Rs 50,000 an electronic bill will be generated, which will grant the supplier, receiver or transporter the permission for interstate movement of those goods. The government wants to set up a nationwide e-way bill system with the objective of better tracking of goods, as well as making sure there are no leakages in revenue. Prakash Kumar, the CEO of GSTN, highlighted the benefits by pointing out that under this system, transporters would not have to undertake extra steps such as visiting the tax office or other check posts, as they can themselves generate the e-way bill electronically. This would be easier than the earlier process of requiring a separate transit pass for each state while moving the goods.  It could also help in smoother administration, as it will do away with the usually cumbersome process that involved multiple forms, making it harder for officials to notice leakages. It will also lead to a quicker turnaround time and better documentation of historical data. However, hurdles still stand in the way of its smooth implementation.

The e-way bill was generated for a trial period beginning on January 15 up to 31st January. It was supposed to be mandatory from the 1st of February, however technical glitches, such as the repeatedly crashing platform, prompted the government to extend the trial period. No end date of the trial period has been announced so far. The government is now contemplating to initially start with intrastate travel to check the network’s load-bearing capacity. It is also considering limiting the use of the bill for only higher value consignments at present. Many experts have their doubts regarding the rollout of the bill and believe that it might be too premature. Suresh Nandlal Rohira, a partner at Grant Thornton India LLP said, “With the e-way bill system, the government is rolling out something for which it may not be completely prepared. It could turn out to be a fiasco if not properly implemented. There is a fear that once again we may land up in the same situation as before when the government had to stagger implementation of compliance requirements like extending the dates for return filing.”

Others are worried that if unchecked, inspectors might use their power to harass transporters with unnecessary checks on their trucks. However, government officials say that while such physical checks initially will be carried out more than once during transit, efforts will be taken to stop such checks in the future. This could be done through Radio Frequency Identification Devices(RFID). RFID involves using radio waves to process and capture information, which is stored on the tag that is attached to the object, or vehicle in this case. Such tags can be attached to the vehicles transporting the goods, and information about the consignments can be stored on the tag. When the vehicle crosses the toll gate, the tag can be scanned for information about the consignment, including the GST number. This information can then be uploaded online and used by the concerned authorities.

It is therefore evident that the government has its work cut out if it expects to boost collections any time soon. Various structural issues remain, and a concrete plan is required to bring about a reform in GST implementation. Unless such issues are sorted out with haste, the tax revenue targets set for both 2017-18 and 2018-19 are unlikely to be met, making the path of fiscal consolidation a difficult one.