Mary Kay Cosmetics was put on the map thanks to its founder’s superior leadership, shrewd business acumen, and savvy marketing skills 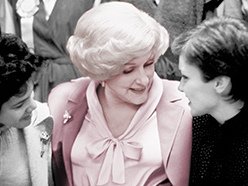 Mary Kay Ash defied all norms expected from a woman of her times and rose to become an entrepreneurial phenomenon. She trained thousands of women as beauty consultants and inspired millions of them through her relatable success stories.

Mary’s “can do” and “never give up” attitudes won her many business laurels and helped cement Mary Kay Cosmetics as a leading brand in the beauty industry.

Mary Kay was born in 1918 in Hot Wells, Texas. She grew up admiring her mother, who worked 14-hour-a-day shifts to support her and her ailing husband. Whenever Mary would be in a fix, her mother would gently encourage her, whispering “You can do it, Mary Kay! You can do it.” Later in her career, Mary would pass on the same words of encouragement to the many women she would train at her company.

Mary joined a direct sales company as soon as she was ready, eager to contribute to her household’s meagre income. She trained thousands of men as sales rep (very few were women), going on to become the national training director. However, her stint was not without its fair share of prejudice.

Many a times, Mary was overlooked for senior positions despite her tremendous experience and infectious energy. When her company promoted a man Mary had trained to a position above her, and for double the pay, it was the last straw for her. Disgusted with the prevailing inequality at her workplace, she resigned and decided to write a book from the comfort of her home.

While preparing her manuscript, Mary listed all the good and bad things about her company—keeping the good aside and figuring out ways to improve the bad. Mary couldn’t help but think of actually running the dream company she had penned on paper. She mulled over the decision and, placing faith in God, decided to give it a shot.

In 1963, with help from her son Robert and a $5,000 personal investment, Mary launched her own direct sales company, specialising in selling beauty products.

Mary started her company, Mary Kay Cosmetics, from a small store in Dallas with a staff of nine. She called her sales reps, mostly women, “beauty consultants”, enhancing their profile with an increased sense of importance.

She also ran her company differently compared to most companies of that era—she believed in rewarding her employees with incentives and bonuses, rather than tiring them out with unattainable sales quotas and then slashing their profit percentage. Mary created innovative ways to sell more items, such as throwing parties where her company’s items were kept for sale.

Mary introduced a system of profit sharing for all her employees—each employee was entitled to a percentage of the profits the firm earned over a year. This, she believed, would motivate the employees to work harder, considering a portion of their income was dependent on the firm’s performance. And she was absolutely right.

In its first year of opening, Mary Kay Cosmetics broke even. The next year, the firm raked in a million dollars in revenue and began giving stiff competition to major players in the market.

Not content with partaking a share in profit, Mary went over and above to recognise talented and hard-working employees. She held an annual competition among sales rep, and gifted the winner with a brand new Cadillac as their richly deserved reward. The car always arrived in pink, an icon of women’s superior strength, yet gentle nature.

Deep inside, Mary was an ardent believer of the Golden Rule: “Treat others like you would want to be treated”. The motto helped to foster a culture of respect and dignity in the company, and women employees felt comfortable knowing that the company’s owner had their back.

Mary Kay is regarded as one of the foremost women entrepreneurs of her time. Lifetime Television recognised her as the most outstanding businesswoman of the 20th century. She was presented the Horatio Alger achievement award, given every year to the person who has risen from humble beginnings to high levels of success (much like Horatio Alger’s theme for his stories).

Not only in business, but Mary inspired millions of men and women through her writings as well. Her first book Mary Kay on People Management (1994) drew wide acclaim across the business community, eventually becoming a Wall Street Journal bestseller.

Mary also invested much of her time in charity through her Mary Kay Ash Charitable Foundation, donating liberally to victims of domestic abuse and supporting women aspiring to be entrepreneurs, like herself.

But most of all, Mary was admired all over the world for the goodness she carried in herself throughout her life, and the same goodness she sought in every person she met.

She saw the invisible “I’m important” sign on everyone and made them feel the same way. Her interactions with everyone were uplifting and inspiring, and she made the world a better place through her conversation and speeches.

Her intentions towards people in general can be summed up in this iconic line she herself said once: “People are a company’s greatest asset”, a testimony to her utmost trust in people’s ability to lift a company, or the world for that matter.